February 2012 was a brutal month in sports

Let’s get this out of the way for anyone who is wondering why I haven’t posted in awhile- February is a brutal month in sports. My blog activity has reflected that. The Super Bowl loss put me in an “I hate sports” mode for a week or two. The Bruins have been unbelievably inconsistent and frustrating, and normally this time of the year I am excited for baseball to start but I am SO SICK of hearing about beer, chicken, and Bobby V. I can’t believe we have to wait another 30 days for the baseball season to arrive… I am hoping once the games start the focus will turn to the play on the field.
Anyway this entry is going to cover a couple things that I had wanted to write about in the past month or so but I just didn’t care to write anything. 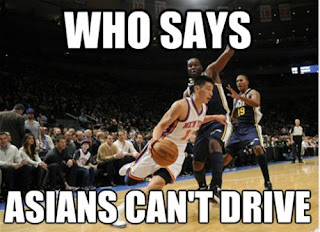 Jeremy Lin
This wouldn’t be a real sports blog without mentioning Lin. I’ll make it short and sweet since everyone is sick of “lin-sanity.” The guy’s a baller. Only Ivy league player in the NBA. Easily my favorite NBA player. Jeremy Lin is a great underdog story- something you NEVER see in the NBA. This is part of the reason why I hate the NBA… In every other sport you have players who were drafted late or not drafted at all, who face a ton of adversity and make it big time. In the NBA if you are not a 1st round pick, your pretty much never going to make it. How boring and lame is that? Obviously there are exceptions, like Lin, but part of the reason his story is so great and such a big deal is because this NEVER happens. It does however happen all the time in every other major sport. NBA sucks. More to come on this in a future blog.

Peter Chiarelli is one of the best GMs in the NHL and possibly all of sports
The trade deadline came and went and I am glad Chia didn’t make a move just to make a move. The market was awful. He added some needed depth, and didn’t lose one rostered player or draft pick in the process. Chia is an elite asset manger in the NHL. His biggest weakness during his Bruins regime has been drafting. I am not going to go as far as saying he is not good at drafting; it takes a lot of time for the teenagers NHL teams draft to become NHL players, with the rare exception of players like Lucic, Sequin, Crosby, etc…so Im holding off judgment for at least another year or 2.  Let’s take a look at some of the top moves Chia has made since becoming the GM of the Bruins in the Summer of 2007: 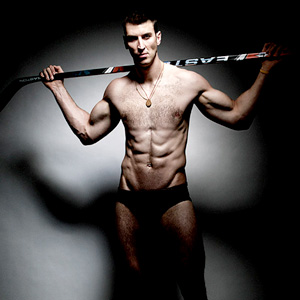 1.       Signing Chara, an unrestricted free agent from Ottawa, to a 6 year deal right away. This was obviously a great signing, probably the best Free Agent pick up in team history. Z has been an ideal captain. (Dan, you’re wrong.)  Z is a perennial all-star and considered one of the top 3 defenseman in all of hockey each of the past 5 years. If teams re-drafted every year with every player available, Z would 100% be picked in the top 8. Chia also signed Chara to an extension that will keep him here in Boston until 2017.
2.       Signing Tim Thomas to a 4 year deal after the 2009 season, and more importantly NOT trading Thomas, even though he had multiple chances to. At the time a lot of people questioned the signing…Chiarelli’s critics pointed to Thomas’ age saying that he wouldn’t be able to play at a high level for 4 more years. Well, during those 4 years Thomas has won 2 Vezinas, a Stanley cup, and a finals MVP so far. He is an elite goalie with off the chart intangibles. On top of the fact that he has clearly outplayed his 4 year contract proving all the doubters wrong- He is only the 11th highest paid goalie in the league. That’s a steal. 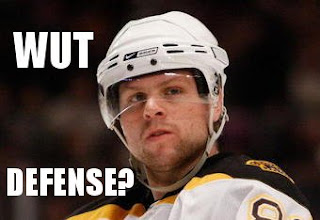 3.       Trading Phil Kessel to the Leafs for two 1st round picks & a 2nd round pick. This was a ballsy move. At the time the Bruins struggled offensively, and many thought trading our top goal scorer (at age 21) was NOT a good idea. However, the Leafs ended up sucking in 2009-10 and one of those 1st round picks turned into budding superstar Tyler Seguin. Kessel, like so many others (Wheeler, Wideman) has put up pretty good numbers for his new team, but certain guys just don’t fit the Bruins mold. Kessel is too much of a finesse player to thrive with the Bruins, wisely Chiarelli recognized that and pulled the trigger. The dust has settled and the final deal was Kessel for Seguin, Jared Knight, and Dougie Hamilton. The latter 2, especially Hamilton, are very promising prospects and look to be full time NHLers sooner rather than later. That my friends is what you call trade rape.
4.       Keeping the Stanley Cup team intact. This is the opposite story of the 2010 Blackhawks, who were forced to trade away and let a lot of key players walk after they won the cup, due to salary cap restrictions. Since the Bruins won the cup, Chiarelli has resigned Krejci, Marchand, Boychuk and Peverly. He reportedly has sent offers out to Thornton, Paille, Campbell, and Kelly. The only restricted free agent who hasn’t been offered an extension to date is Tuukka, who’s situation is unique and complicated (I’ll probably be writing a separate blog on what the Bruins should do with Tuukka for the future.)


5. Trading for Kelly, Peverly, and Kaberle at the deadline last year. I think everyone who followed the Bruins for at least 2-3 years before last season knew the team was on the verge of possibly playing for the Cup. I give Chiarelli a lot of credit for going all in and making these uber-important deadline deals last year. If you look at the Kaberle trade in a vacuum, then no, that wasn’t a great move. It would be nice to still own the rights to Joe Colborne, but who knows what would have happened if Kaberle wasn’t here? To me, he was part of a Stanley Cup championship team that BARELY eeked out three 7-game series. Who’s to say the Bruins win without Kaberle?  As for the other 2 guys- Kelly and Peverly- wow. Shrewd. Incredible. Chia should have won GM of the year on these 2 moves alone. I think everyone agrees without those 2 guys the Bruins don’t sniff the Stanley Cup Finals, and the crazy thing is those two additions were seen as “minor moves” or in Peverlys case, it was more of a salary dump than anything! Are those 2 additions the greatest in Bruins history at the trade deadline? Hard to make case against it.
Posted by JB at 3:05 PM