The Bruins 7th Player Award was born in the 1960's by the Gallery God's in the old Garden. This annual award was to given to a player who performed above and beyond expectations, not necessarily a star player on the team, but more geared towards a teammate who was willing to do the dirty work without the reward of his name showing up in the boxscore.  Bobby Orr, Phil Esposito, or Johhny Buyck never won the award... rather it was doled out to guys like Derek Sanderson, Ed Westfall, and Fred Stanfield.

Throughout the years the essence of the award had changed a bit, nowadays NESN chooses the winner and allows fan input, unfortunately turning this into an annual popularity contest.

For example, last year Chris Kelly should have been the easy choice for the award. He had an outstanding season, besting his career goal total by six (21-15) while consistently centering the Bruins 3rd line. He also did excellent work on the penalty kill unit in his first full season as a Bruin. He won a solid 52% of his face-off draws, finished the season +32, and set a great example for his teammates both on and off the ice while serving as a part time alternate captain.

Who won the award instead? Mr. Popular fanboy Tyler Seguin. Obviously I love Seguin and this is no slight to him, but when you are the 2nd overall pick and you are coming off a fairly solid rookie campaign, the expectations are exactly what he produced. He didn't blow anyone away, which is what it would have taken for him to be deserving of this award, Yet the pink hats voted him in as the 7th player. Sigh.

Moving on to the current season, 2013, I'd like to look at who I think the best candidates for this year's 7th Man Award are: 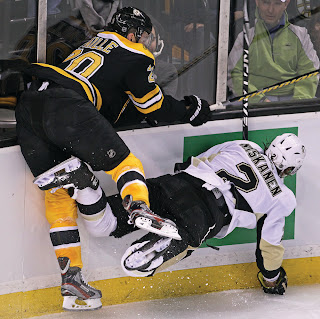 Daniel Paille-  I personally have been historically tough on Paille, but this year he has been impressive. He has a great role carved out on this team as a 4th line winger who kills penalties, hustles, and creates chances with his near-elite straight line speed. His 6 goals in 26 games put him on a near 20 goal pace extrapolated over a full season  pretty much the best in his career. He is currently +2 and seems to be finishing a lot more than in the past. I like how his game is simple and he puts pucks on the net... using last night's game as evidence, sometimes that's all you need.  The Bruins have to be thrilled with his production thus far. He has more goals than Lucic, Kelly, Peverly, and all the defense man (tied with Chara.) 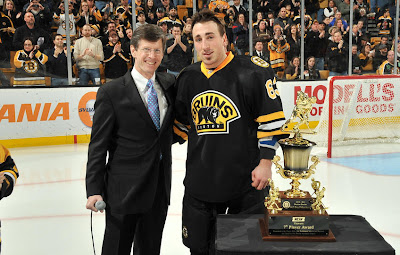 Brad Marchand- Brad won this award in 2011, and actually deserved it too. That was his breakout year and shortly after the award, the B's went on to win the Cup and the little ball of hate led the entire NHL in playoff goals that post season. Everyone across the league thought this guy was just a pest, someone would eventually just fly swat him out of the league. Well, that was clearly wrong. Marchand leads this team in goals and is a nightly threat to bury the puck. He is easily having his best statistical season...obviously a lot of that has to do with the incredibly chemistry between him and his 'lineys,' but he certainly buries almost every chance he gets. He also creates his own chances and sets up up his boy Seguin all the time. This year Marchand has been utilized in the shootout and he converts nearly every time  He has clearly established himself as a skilled goal scorer in this league, and it is nice to see his game improve AFTER signing a nice contract. Oh, and he kicked Mike Riberios ass, someone who is equally hated as Marchand across the league but has somehow avoided dropping the gloves his entire career. Now we know why.

Dougie Hamilton- I'm only including Dougie because he has a chance to win the award based on popularity. I think he's played fine, started out real hot but pretty much has come in & done exactly what's expected of him. In my eyes he doesn't deserve this award and would be a damn shame if he won it. 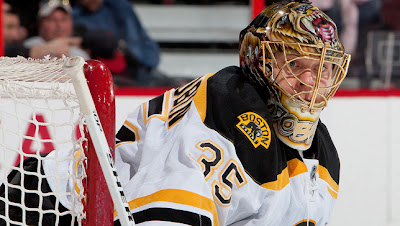 Anton Khubodin-  Anton has done everything the Bruins have asked, plus more. Typically you would be happy with your back up winning half the games he starts, but this guy has excelled  and is 6-2 in the 8 games he has started. His current GAA is 2.14 and SV % is .928. Having a reliable back up tender like Anton is invaluable to a team, especially these Bruins. Rask is not the picture of health, and although he has held up nicely this year, it's nice to know the team has confidence in the back up goalie. Dobby has single handily won at least 3 games for the Bruins this year and as of this writing, he would be my choice for the 7th Player Award. I'm not sure if the pink hats have really caught on to how good this guy has been so it's unlikely he actually wins, but he certainly deserves the distinction. Tuukka was the last goalie to win this award in 2009. 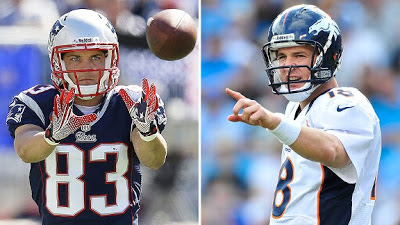 Wow. So as everyone in the entire world knows, Wes Welker signed a 2 year $12 Million dollar deal today with the Broncos. Needless to say this is WAY less than everyone thought he would make on the open market. I mentioned in an earlier blog I thought Welker would garner a 4 year deal in the neighborhood of $30 Million, but apparently I was way off. I fully expected Welker to leave the Patriots, based on the idea that he is going to be 32 when the 2013 season starts, the Patriots have already spent a lot of money on pass catchers (Gronk and A Hern), but most importantly I was thinking the Patriots need to allocate their available cap dollars to the defensive side of the ball. Well, when the news came down that Welker had a deal on the table from the Broncos, he went back to the Patriots and gave them a chance to match the offer (We later found out the Pats offered him 2 years, $10 Million) which they obviously did not do.

When the deal was reported as 2 years, before the money was announced,  the consensus was the deal  MUST be at LEAST equal to $16 Million the Pats extended to Welker (for a 2 year deal) last year and he turned down. Instead word came out that it was just $12 Mill which was shocking. The Patriots clearly did not want Welker back, and even offering him the 2/10 deal is a slap in the face.

I have no idea why the Patriots would not be willing to pay Welker $12 Million for just 2 years. HEre's why:

-He is completely healthy and coming off a 120 catch campaign, which isn't an outlier season for him

-The Pats have like, no wide receivers on the roster.

-He has unique rapport with Tom Brady

-He knows the system

-He is ridiculously durable, he works hard, he in almost every way is a perfect "Patriot."

Sure, he's dropped a couple big passes in the last couple years, but guess what, all the great WR do that sometimes. That's NO reason not to bring the most productive WR in franchise history back on a team friendly deal. Tom Brady is reportedly disgusted with the Patriots and extremely upset that they didn't pay Wes the measly $6 Mil. Also let's not forget the fact that Welker knows the Pats playbook inside and out & now the Broncos have ALLLLL that info.

Word is the Pats are talking to Danny Amendola. Great. I love him. he's solid. He's very well may be the second coming of Welker,  but  the sheer fact that it will take at least 1 full season to get on the same page as Brady is reason enough to have doubts that this was a smart move. Brady's clock is ticking and Wes signing on for 2 more years would have been perfect. Also two other random thoughts: 1. The Patriots brought is Chad Ochostinko two years ago for... $6 Mill !!!! WTF??? 2. Welker goes from one HOF QB to another. AT least HE recognizes he is a system player and not a WR to build around 3. Robert Kraft lost a lot of respect with me and other fans. Why the fuck would he say 2 days ago he wants Welker to be a Patriot for life if he knew that their best offer was 2/10? What am I missing here? Hey idiot, just don't say anything at all!!!


UPDATE: PATS SIGN AMENDOLA to a 5 year $31 Million deal. Wow. This is bizarre. He makes more money than welker now!!! $10 Mill guarenteed. They BETTER be right about this guy!!!


Ok. Enough about this move from the Pats side of it. Now, let's move on the fun part: 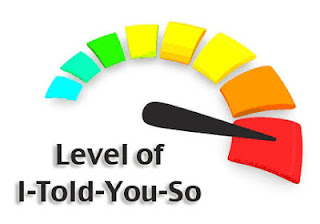 ...and the NFL backed that up today. Obviously Welker is 32 and when you extend a contract you have to take age into consideration, but NOT when its just a 2 year deal and we're talking about one of the most durable players in the league. For a reference point,  here is the updated list of the top paid WR in the NFL by average annual salary in $Millions:


Thats right people. Not even in the top 20 WR by salary and he just signed a deal today, and everyone knows free agents are overpaid. So:


you all can suck it. The entire NFL agrees with me. 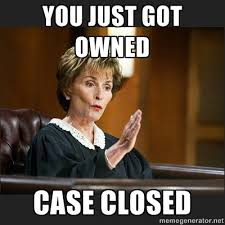