NHL Players at the Olympics

The Men's Olympic hockey tournament is starting tomorrow in Sochi, and I'm PUMPED for these games to start. You've all heard the debate before... should NHL players be allowed to compete or not?

The 1998 Nagano games was the first time the NHL allowed it's players to compete in the Olympics. Previous to this, each country would send a national team of amateurs to represent their country. Everyone remembers the 1980 "Miracle".... that USA team was made up of the best college hockey players in the country.

Since 1998 the NHL has taken a two week break for the games, this year the entire league is in holding pattern from February 9th through February 25th. No games, No trades, No roster moves allowed at all. 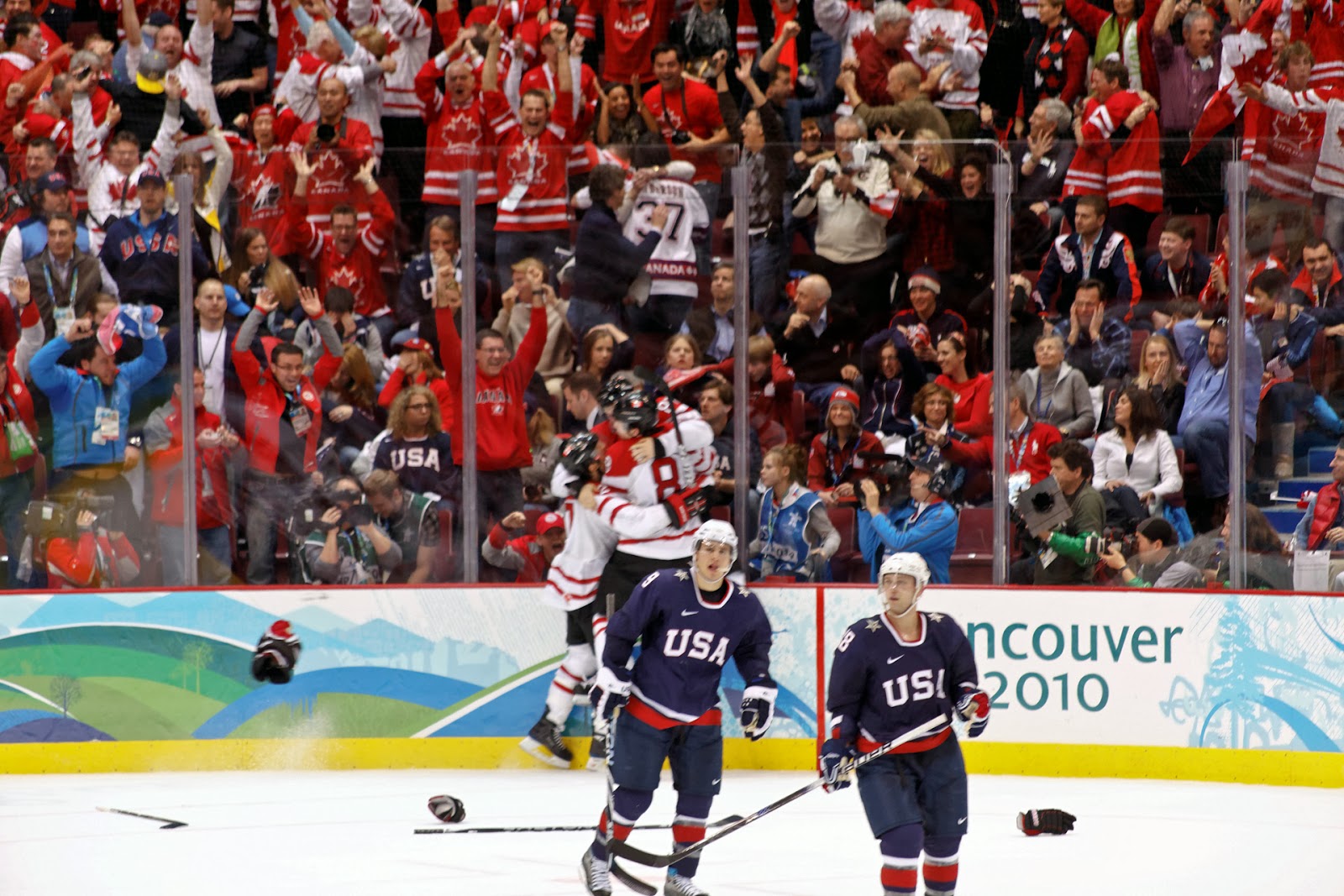 I totally get why some people think this sucks. It kind of does. Especially when you have a HOT team like the Bruins, who are 7-1-2 in their past 10 games…. Most people think “This break sucks, our team is playing so good right now, I’d rather not have a long schedule break to lose momentum.” However, I think a strong case can be made that the Bruins played so well down the stretch BECAUSE they knew this long break was coming. I guarantee at some point in January someone on the team got the guys together and said “listen, lets win X amount of games before the break, we need to get to this point and lets go make it happen.” Plus, the Bruins have a whopping 17 games in March and then 7 in April… that’s PLENTY of time to recapture momentum in time for the playoffs.

Anyway, that’s not the point of this blog. The point is that I LOVE that the NHL players play in the tourney. Here’s why:


Best Players in the world

I think this one is pretty obvious. I think it makes much more sense to have each countries’ best players compete vs. each other, so the Olympic games can truly produce a non-debatable winning country. If Finland’s amateurs beat our Amateurs in the gold medal game… I wouldn’t necessarily think Finland has the best team in the world. I would need to see Finland pros vs American pros.

These NHL players are playing in Sochi for free. They don’t get paid. Their only motive is to win Gold for themselves and their country. In some sense, this makes the Olympics actually better than the NHL… these guys truly want to win and it’s not for a paycheck. Also, it should be noted that these Olympic games are nowhere near the same intensity and grind that you see in NHL playoffs. Well, maybe the intensity is there, but the rink is bigger and the gameplay is far less physical. There’s a lower chance of injury during the Olympics than there would be during the normal NHL schedule.


It only happens once every 4 years

I totally understand why Cam Neely and other NHL execs don’t like their players going to the Olympics. It’s not good for business, it creates scheduling problems, etc… but c’mon guys. It’s once every 4 years. Deal with it.


It’s good for the game of Hockey

The whole world watches the Olympics… I think it’s better for the sport itself if it’s recognizable names and players are competing in the tourney. Can you imagine if Alex Ovechkin or Evegeni Malkin weren't competing for Russia in the Olympics? Doesn't make sense. This is a huge stage for the best overall sport in the world. Take advantage of this by putting your best players on display.

The Bruins have 5 different players in the games, all competing for 5 different teams. It’s going to be pretty awesome watching David Krejci try to dangle past Chara in a game that matters. Who doesn’t want to see something like that? Duncan Keith and Shea Weber are the top D pairing for Canada this year… that’s just bad ass. I want to see that. I want to see Patrick Kane come down the wing on Keith. Any hockey fan would. It’s like watching an All Star game that people actually try in.


Anyway, I love the NHL players in the Olympics. It’s awesome. Unfortunately, this is likely to be the last time the NHL players will be allowed to compete. So, hockey fans, even though the time difference is shitty, do all you can to watch as much of this Olympic hockey as you can! I know I will. 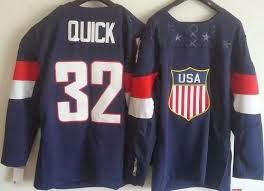 -Jon Quick (Umass!) is getting the start for Team USA in their first game over Ryan Miller. Hard to believe me and my buddies at Umass used to watch this guy play at the Mullins Center. The crazy thing is, everyone kinda knew Quick was special, but THIS special? Starting goliae for Team USA? So cool. Suck it BC, BU, etc..

-As I mentioned above the Bruins have 5 players playing for 5 different countries:

Pretty sweet. There’s a good chance one of these guys returns to Boston with a Gold Medal. Add in the fact that none play for the USA and that gives us Boston hockey fans 6 teams we can root for. If Russia wins, its fixed.

-Carl Soderberg got screwed. He should be on the Sweden team… the reason he wasn’t selected was because he left their national league to play in the NHL last year, and was told upfront that he was basically betraying his country by coming to the NHL to play, and that by leaving he removed himself for consideration from the national team. Whatever… I personally feel as if he’s really coming into his own as a Bruin so I’m fine with him not going… but I do feel bad for him. He’s a good player.

My thoughts on this: Kinda lame. The top 6 are good but sorry you need Kane up top playing with Pavelski or Backes. 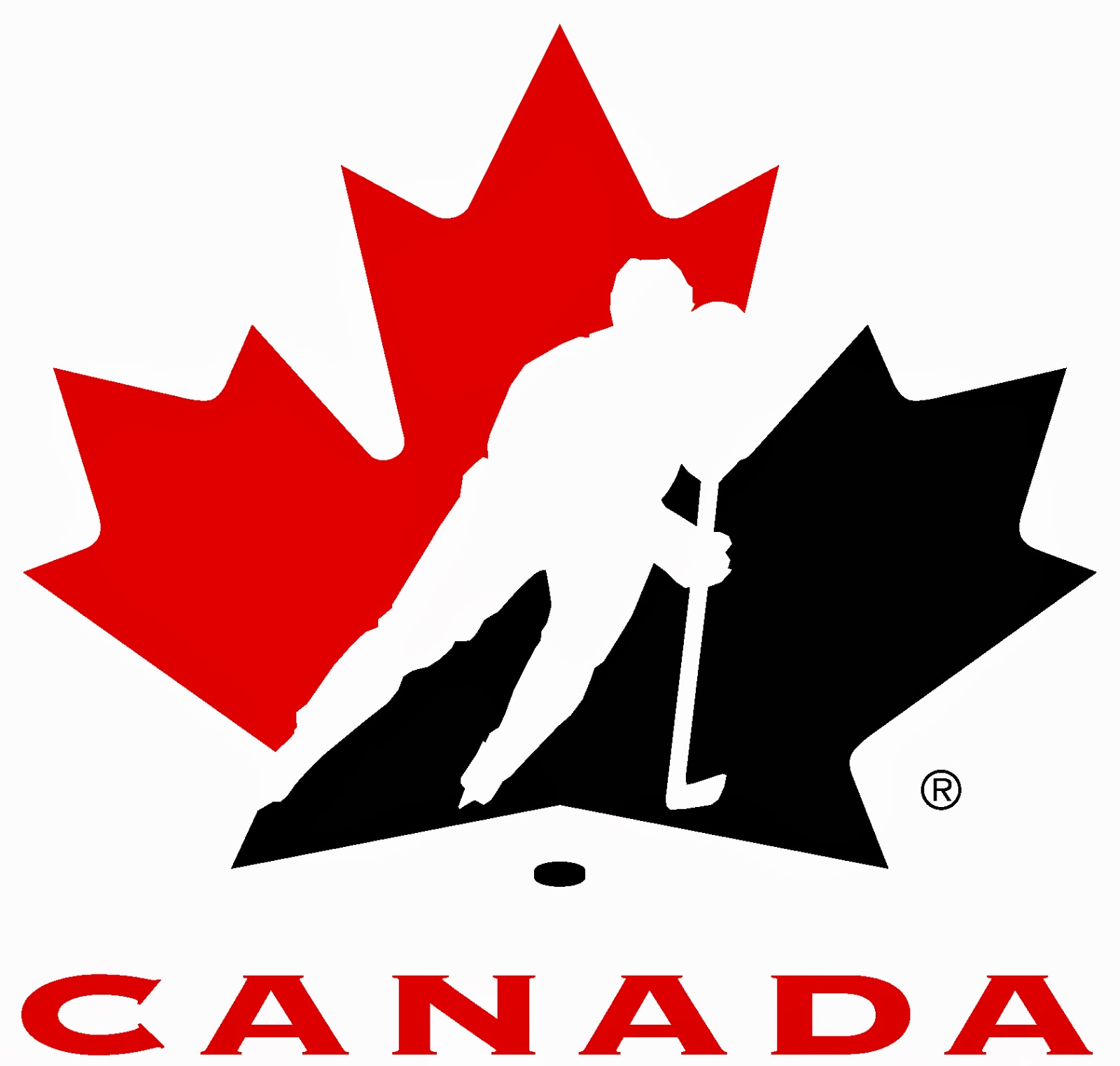 My only thoughts on this is WOW and Bergeron not playing Center is a crime.

Anyway… GO USA!!! I really want them to win this year especially if this is the last time NHL players will be involved.

My reaction to the Michael Sam news 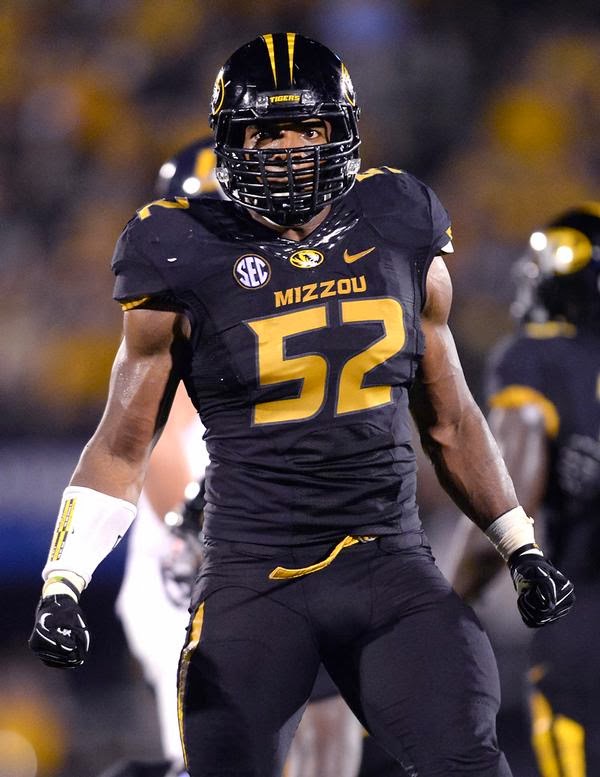 Missou DE Michael Sam came out of the closet yesterday and publicly announced he is gay. This guy is a prospect for the NFL this year and is projected as a 4th round pick.

My reaction to him coming out: 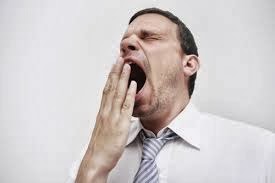 Yawn. Who cares? I mean, I understand that this is big news because somehow no active NFL player has come out of the closet yet, but still... this isn't really football news. Of course there is a sports angle to this... How will the team that drafts Sam deal with the media frenzy surrounding him?  What about the possible backlash of disrupting the culture of an NFL lockerroom? How will his actual draft stock be effected from this news?

Who knows. And who cares? Its 2014. Any person who discriminates against gay people is joke anyway. Grow Up. As a Pats fan, I want players who can play football, irregardless of their sexual orientation. In fact, I'd be really happy if the Pats ended up drafting this guy... he won defensive player of the year award in the SEC this past year... is that good? 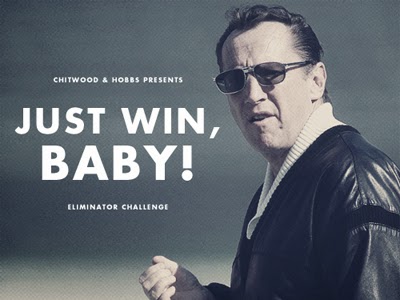 PPS- Gay people love me. Our male receptionist at work the other day even told me my facial hair was "handsome." Well, that was a blood bath. The Seahawks destroyed the Broncos 43-8 and here are some takeaways from the game:

Despite 2013 being the most offensive season in NFL history, the league's best defensive unit- the Seahawks- proved that Defense still rules in the NFL. The Broncos were THE best offense in NFL history, and they got shut down last night. Here are the past few NFL champs-

OK- I thought it would be a little better than that... but the teams that ranked lower- 2011 Giants, 2009 Saints, and 2007 Giants, all played GREAT defense in the playoffs/Super Bowl. The Giants beat Brady twice and the 09 Saints took down Peyton.

Point is- You need your defense to play great in the playoffs/SuperBowl if you want to win the big game. You cant be the Chip Kelly 2013 Eagles and expect to win the Super Bowl. 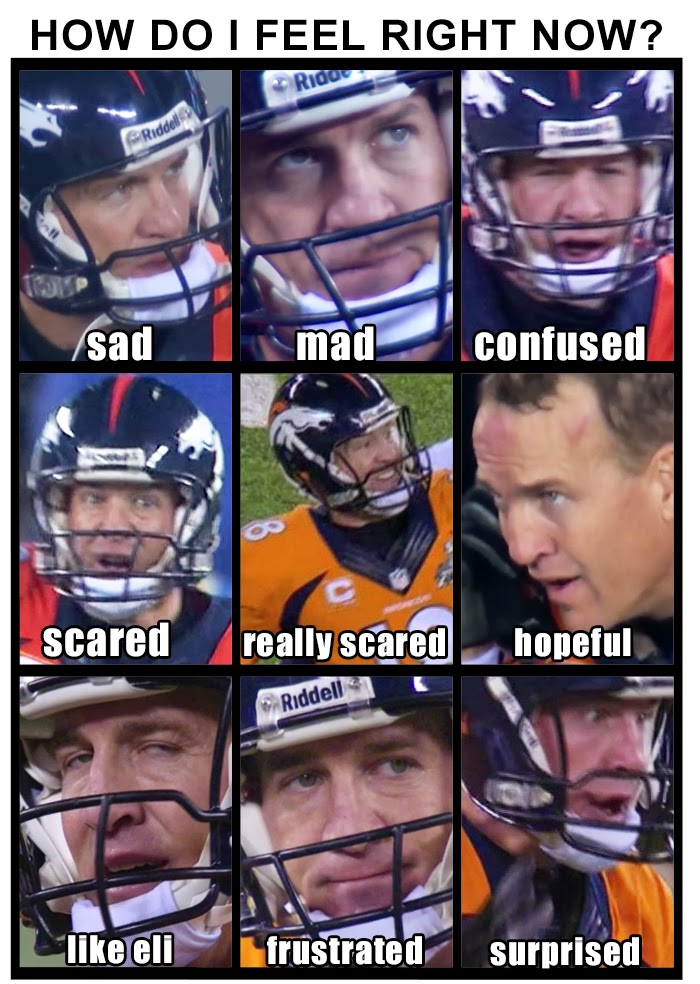 Most mis-leading stat of all time: Manning set the Super Bowl record for completions yesterday. Make no mistake about it, though, he was bad. The whole team was bad so it's not just his fault... but he really sucked. Every throw downfield was gross. Peyton is basically the offensive coordinator- and he couldn't read the defense at all. There's NO WAY one of the best QBs of all time should be ending a career with just 1 super bowl win, especially because his teams always make the playoffs. That's choke city. The Broncos


3. That Pats would have gotten throttled by Seattle

Just throwing this in there for any delusional/homer Patriots fans.  No one was beating the Seahawks yesterday.

This guy is so much like young Brady its crazy. Made some very important 3rd down conversions early in the game. 0 turnovers. Rarely missed a throw. Made a few nice downfield reads. Didn't try to do too much. Let his defense win the game for him. Sound like Brady from the early 2000s? I think so. Guy's here to stay and I would be pretty surprised if he doesn't win another Super Bowl or ten at some point.

Percy Harvin had an incredible TD return to open the 2nd half. This guy barely played at all this year, much to my own personal disappointment. One of my favorite players in the league, I KNEW he would be an X factor in the game. Way too dangerous of a player not to be. He also had a huge run in the first quarter, and finished with 5 catches as well. Swiss. Army. Knife. 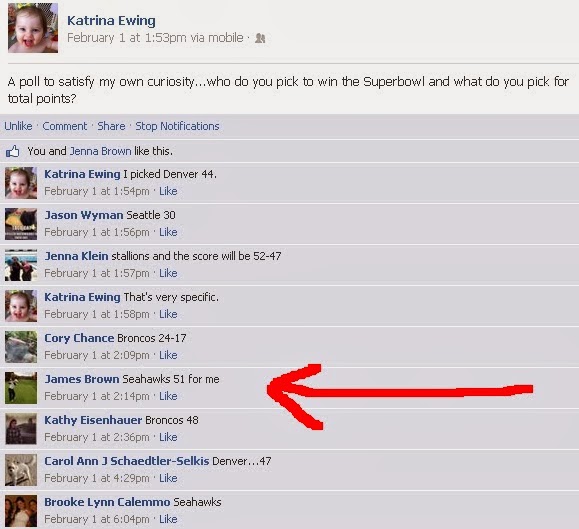 It was odd to me that sooooo many people were picking the Broncos. They were of course the flashy, easy pick, but still. They eeked out wins vs the Pats and Chargers, neither of which were really that great of teams this year. On the other side you had the Seahawks who took down the Saints and 49ers. The ONLY way you could pick against Seattle is if you believed in the idea that they were a different team on the road... but it was pretty easy to tell that Haters Fueled the Seahawks to victory here. And yes I'm damn proud of the fact that I predicted a Seahawks victory with 51 total points. Spot on. Also, the people you read on this blog- Adam-Jeremy-Wilson-Myself- we all predicted a Seahawks victory so clearly this is the best sports blog of all time. 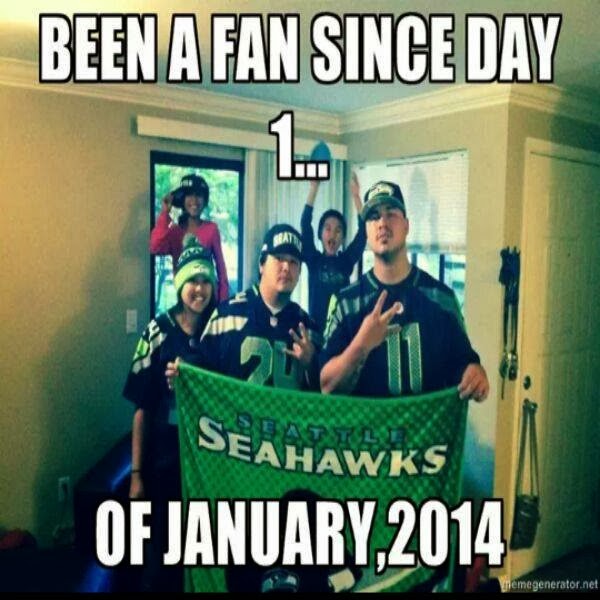 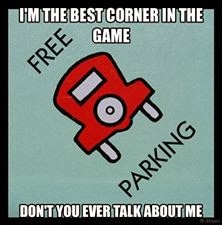 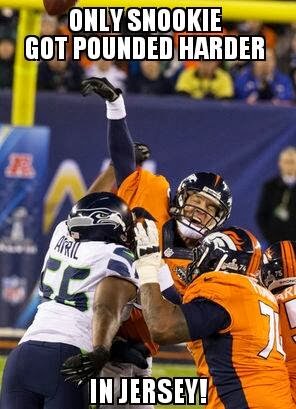 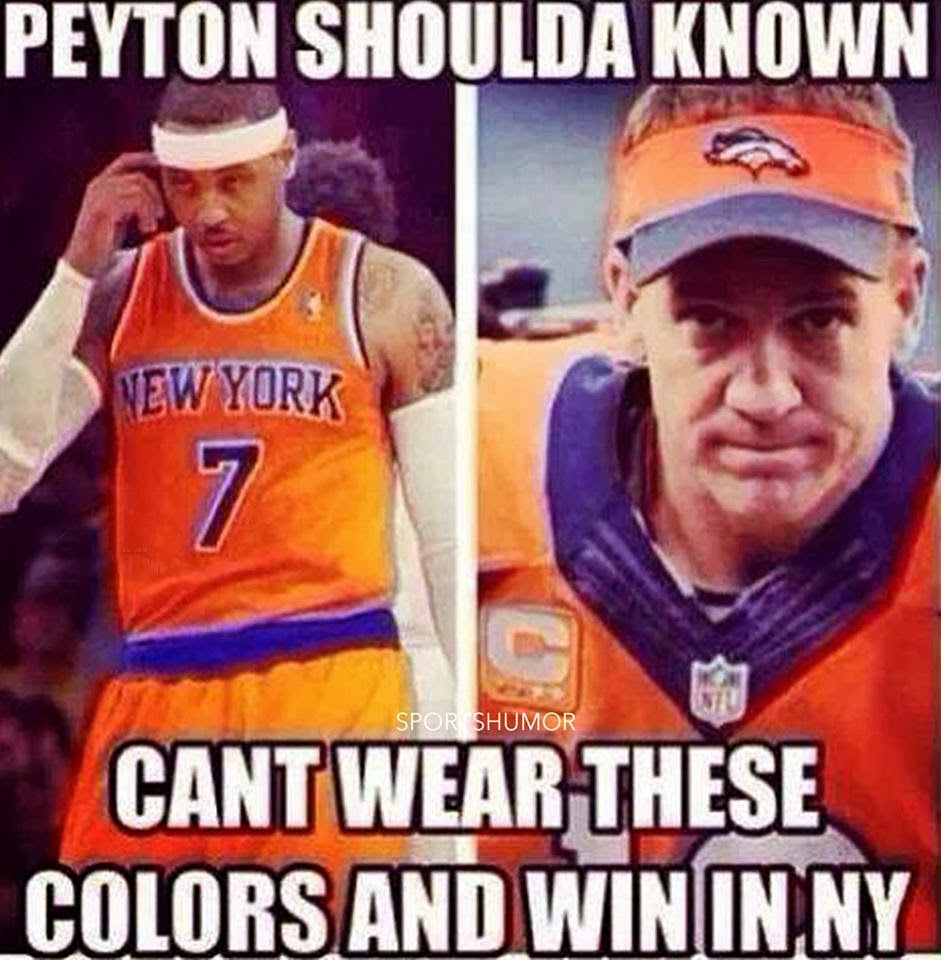 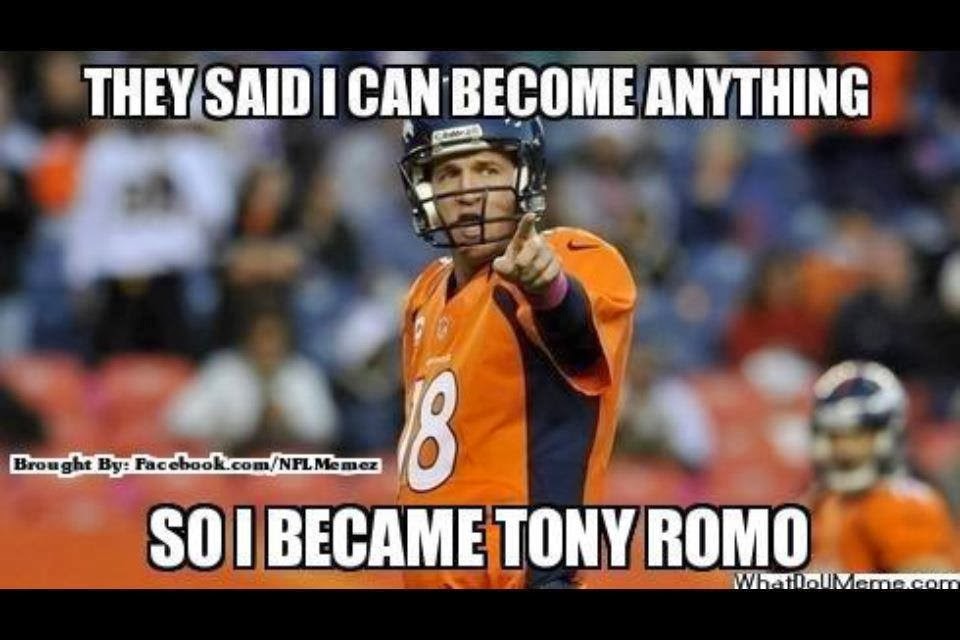 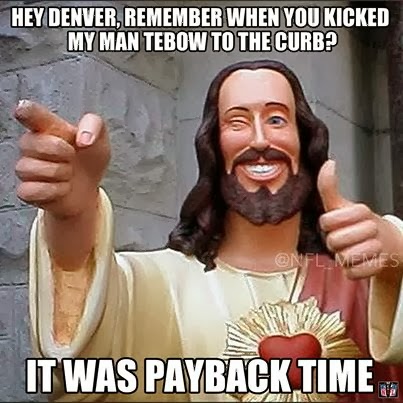 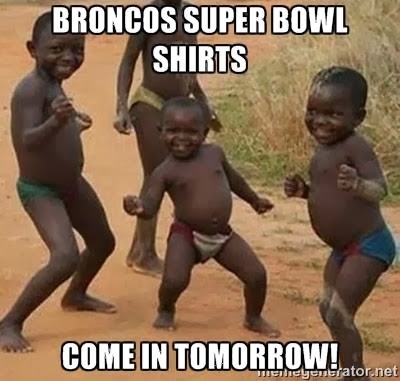