I am sticking with my 2nd choice after the Bruins, The LA Kings, to smoke the NJ Devils and win the franchise's first cup. The Kings are incredible. Take a look at a few key stats below:

8-0  This is the Kings record on the road this post season. Haven't lost.

1 The seed for the Presidents winning Vancouver Canucks. The Kings beat the Canucks in 5 games after opening the series with 2 road victories.

2  The seed for the St. Louis Blues, who the Kings swept away. The blues were the best 2nd half NHL team after a mid season coaching change, and the Kings manhandled them.

3 The seed for the Phoenix Coyotes, who (without a HEROIC 2 goal effort by captain Shane Doan in Game) were almost swept as well. The Kings won Games 1,2,and 5 on the road in this series. This completed the first time ever a team has beaten the #1, 2, and 3 seed in one playoff year.

8 The seed of the LA Kings. They clinched a playoff berth on the 2nd to last day of the season. The only other 8 seed to make it to a Stanley Cup final was the Edmonton Oilers who lost to the TB Lighting in 2004.

6/74 or 8.1%  This is the Kings Powerplay percentage this playoffs. Look familiar? The Bruins PP sucked last year too and they just dominated 5 v 5 hockey. That's how the Kings play. 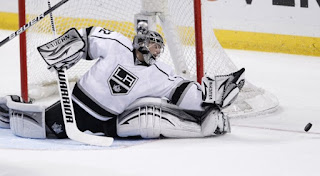 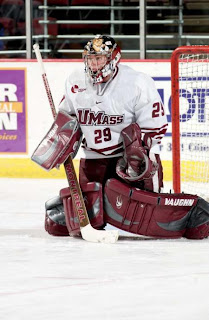