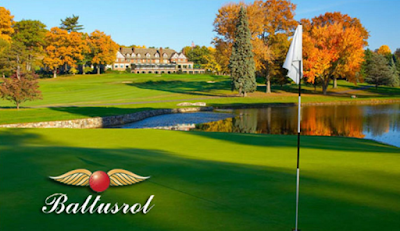 Welcome to the 2016 version of the PGA Championship where Jason Day will look to defend his first Major title. The venue this year is Baltusrol Golf Club, which was the host site of the 2005 PGA Championship where Phil Mickelson won his second major with a birdie on the last hole. A look at the final leaderboard form 11 years ago:

The course itself is LONG. A shade under 7500 yards. The back nine is the better half for scoring, especially with both 17 & 18 being par 5s. Although, Hole #17 will play over 600 yards so it's hardly a birdie hole.

A couple other tid bits:

-Five of the last six PGA Championship winners won their first major there
-Jason Day is at risk of losing the #1 OWGR spot to DJ this week
-This is the last big chance players have to shoot up Ryder Cup Standings. The Americans on the bubble needing to play well include  Kuchar, Koepka, Reed, Fowler, and Piercy
-Balusrol has also hosted 7 US Opens. Jack Nicklaus won 2 of those

The weather forecast for the weekend looks spotty... When Phil won in 2005 they imfamously had to finish the last few holes the next day and the clubhouse leader, Tiger Woods, left the venue assuming the field would not slip up and force a playoff. He was right, but caught a ton of shit for it.


Now on to fantasy.

The final scores from our 2016 British Open pool: