Welcome to the 2016 British Open at Royal Troon

Zach Johnson will be defending his title from 2015, where he won in a playoff against Louis Oosthuizen and Marc Leishman. Here was the final leaderboard: 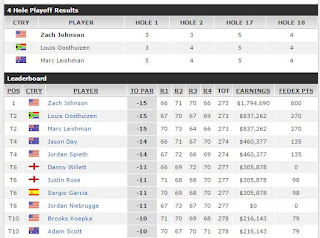 Jordan Spieth and Jason Day look to take it to the next level, after finishing 1 stroke short from qualifying for the playoff last year. Dustin Johnson is the hottest golfer in the planet right now, having won back to back tournaments (US Open, Bridgestone). Here are the current OWGR heading into the week: 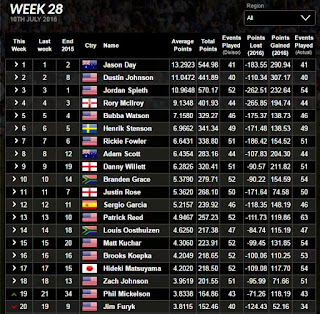 Royal Troon is a relatively short course, and is set up for a difficult back 9. The front 9 holes all head outward from the clubhouse, with the back 9 coming in. The front 9 is where most of the scoring will happen, which means there may be some drama with guys dropping shots on the back 9 on Sunday.

The weather will certainly be a factor this week, with a lot of rain expected into and through the weekend:

Now on to fantasy.

All Time Major Winners. NOTE: No one except Paul has ever won the British Open Challenge. What a time to be alive.