Welcome to the 2017 Masters. The official start to the golf season. 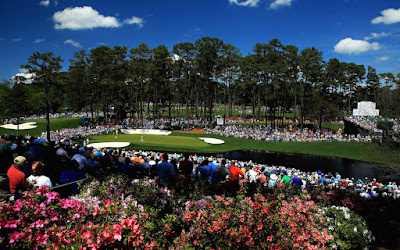 (Hard to believe this is the 5th year NWOTB has "covered" the Masters, still no press passes)


Obligatory picture of last years winner, Danny Willet. The first European to win the Masters since 1999: 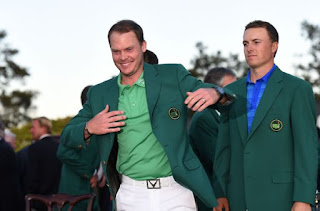 The thing everyone remembers most, though, is Jordan Speith's epic collapse on the 12th hole on the back 9, which cost him his 2nd consecutive green jacket: 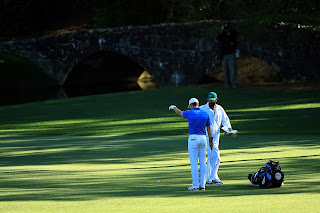 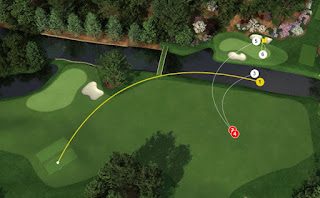 And here's a snippet of the final leaderboard: 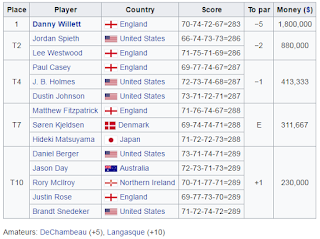 Some other random stuff:

Here are the current OWGR going in to the tournament as well as all the winners on tour this season: 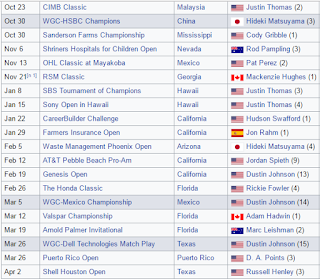 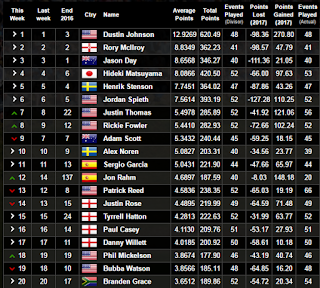 Dustin Johnson looks unstoppable, winning everything as the #1 player in the world. But will Augusta tame his tee shot?

Jordan Speith has finished 2-1-2 in his 3 Masters starts. Is that good? In my mind, he's the favorite.

Rory McIlroy is playing excellent and still looking to close out the career grand slam with a green jacket. He certainly has a good chance this week

Jason Day has been dealing with personal issues, so I could see him do anything this week. Cut or win, neither would surprise me. The last time we saw Day in the majors, he eagled 18 at the PGA and almost forced a playoff w Jimmy Walker.

Matsuyama and Justin Thomas won everything in Decmeber and January... I love both of these guys so seeing them win a green jacket would be cool.

Outside of that, Rickie Fowler is a darkhurse to me this week, he'e been playing well. John Rahm is the no name hot hand, and you can never count out former lefty champs Bubba and Phil.

Now onto the fantasy side of things.  Our last event, the 97th PGA Championship, DAN won his first major. I didn't tally up all the results and we don't have full rosters, so for the draft order we are going to do reverse fantasy football standings. After this tourney, we will revert to normal reverse order from the last major. Paul and Sean get the last picks automatically as they did not play.