One thing I definitely love to do is see different ballparks and stadiums across the country. Here a list with a picture for each stadium I've been to and maybe my favorite memory/part of each one: 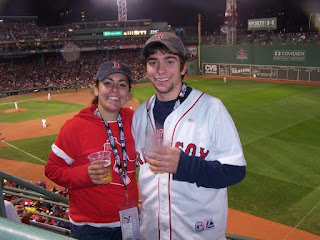 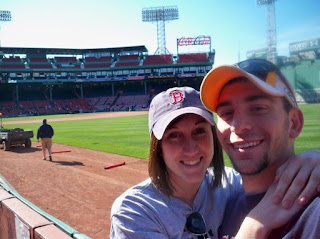 The Don of ballparks (So it gets 2 pics). 100 years old and still going. Smallest stadium in the league. Obviously been here many more times than anywhere else- I remember sitting in the hot sun of the centerfield bleachers with my Dad as a kid. Favorite memory I suppose would have to be the 2007 World Series Game 1. Beckkkkkket dominated, and this is back when everyone loved him. I went to the game with Jenna, my sister.

2. Original Yankee Stadium
Great ballpark. I saw 2 games here. First time was an epic weekend of Sox-Yanks on the Saturday, and Jets-Pats the next day. Worst thing ever is the no-alcohol rule in the bleachers. WTF?

3. New Yankee Stadium
Not a huge fan of this place. It looks kinda like the old park, and they still have the rule of no alcohol in the bleachers.

This is probably the worst ballpark I've ever been to. My buddy Jeremy and I went to a game and sat in the last row. The apple in centerfield was literally the only cool thing in the park and from the angle we were at it looked like shit. 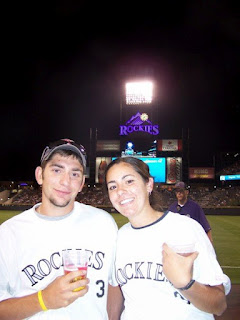 Awesome stadium. Great location downtown, they have a single row of purple seats across the stadium where the official "mile-high" point is. This was the first stop on a 3 day tour Jenna and I went on while traveling cross country. We of course moved up to the 1st row after purchasing $4 tickets 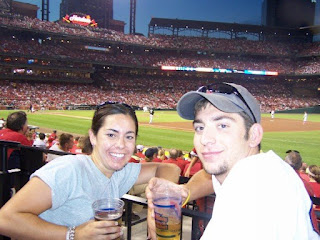 Another incredible place to watch baseball. Great fans in St Louis. Jenna and my 2nd stop on our mini-ball park tour. The view of the Arch from the 3rd base side is awesome.

My good friend Caleb and I drove from Umass to Idaho in the Summer of 2007. Hit up this cool park on the way. The pinwheels in left field are cool looking but nothing really stood out about this place. 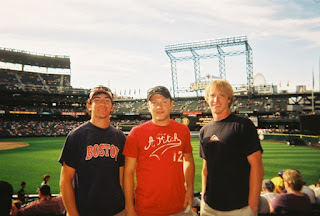 I used to drive up to Seattle from Boise every Summer when the Red Sox were in town to play the Mariners. This ball park is great. Right next to Qwest field where the Seahawks play. Incredible location in downtown seattle, in fact I-90 literally ends right at the stadium. This place has a retractable roof but out of the 5-8 games I saw, they never had to close it.

This stadium is in a very sketchy area. Modern looking on the outside, and the inside I swear looks exactly like Gillette stadium where the Pats play. Jimmy the Mormon, Wilson, and Jeremy and I went to Opening Day 2009 at this park, so it was a sell out, and the Phillies broadcaster died in the booth right before the game. Good times. 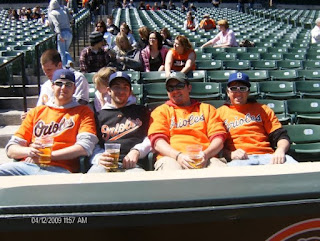 This is one of my favorite ballparks. Reminds me a lot of Fenway. Eutaw street and the building behind it are awesome. Pictured L to R is Jeremy, Me, Wilson, and JTM. Great trip. 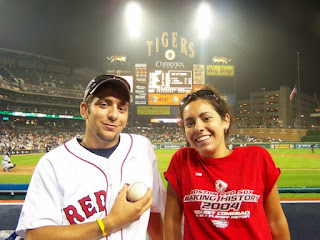 First off, I've only been to Detroit once, and all I did there was go to a game. The location of this park is MINT. Right next to Ford field. Awesome HUGE tiger statues out front. The game Jenna and I went to had a 4 hour rain delay, game started at 11:05pm. Clemens pitching for the Yanks. We moved up to the first row behind the NY dugout, Robby Cano tossed me that ball in my hand (despite my sox jersey) and Carlos Guillen hit a walk off Homer in extra innings at like 3am. Easily the craziest game I've ever seen. 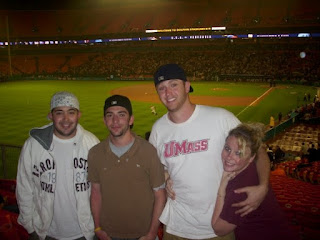 I actually saw a World Baseball Classic game here on Spring Break in 2009. Great park but of course no one was there, and it felt/sounded like we were at a Soccer game. Team USA got smoked by Venezuela. Pictured L to R is Beckerman, Me, Jeremy, and Brit. 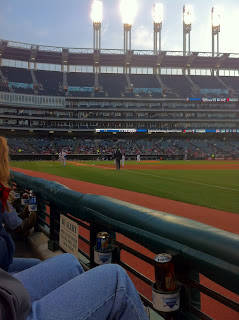 I went to an Indians game alone on a business trip in April 2012. It was a cold tuesday night and again I moved up to the first row. The park itself was great, but the game had no feel, no passion, no one cared at all. It was pretty boring.

This was cool stadium, the first game I've ever seen indoors. It was so Hot in Houston when we went to the game, they closed the roof. Best part about this ballpark are the random things located throughout the park commemorating other famous parks... You can see a mini-Citgo sign in left field as an example. I went to this game with Kait and my cousins Andrew and Nicole in May of 2012. 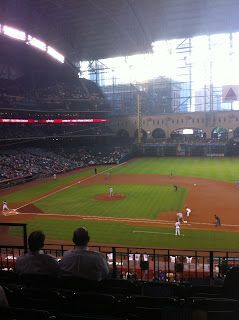 I just went to a game here last night with my cousin Megan. Had a great time. Not 1 bad seat in the whole place, very modern feel and literally kinda looks like a Target store. You'll have to either take my word for it or visit yourself. 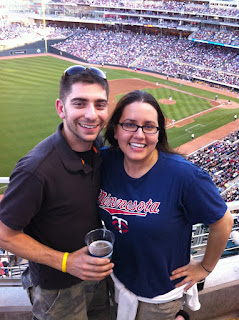