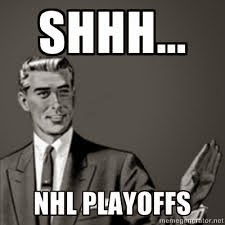 The NHL first round has been awesome. After the Rangers got throttled last night in Philly, we now have 3 Game 7's on tap for tonight: 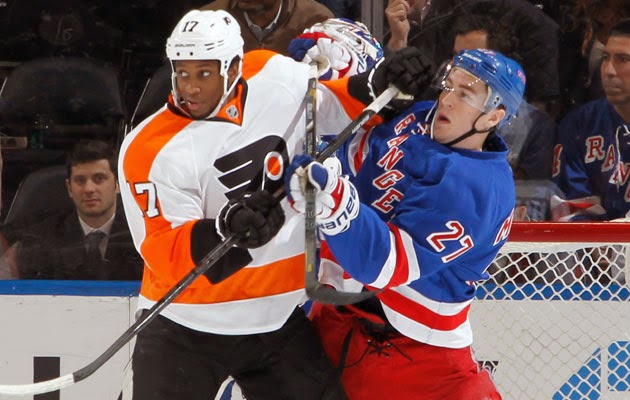 The Flyers and Rangers game last night was a bloodbath. Wayne Simmonds had a night. Lundqvist was pulled after giving up 4 goals, and mentioned he was already starting to get in the right mindset for Game 7 while watching the remainder of Game 6 from the bench. I've only seen a couple games from this series, and although its tough to bet against a world-class goalie at home, I think i have to go with my gut on this one. I think the Flyers are just grittier and I like their makeup more. It seems to be working right now. I'll pick the Flyers to win. 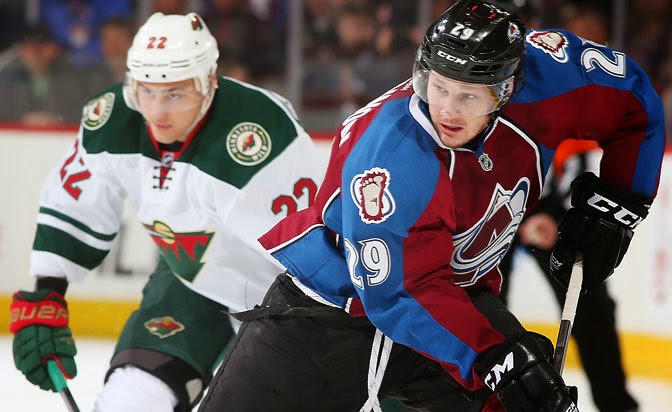 This has been an unbelievable series...the Avalanche are a scary team. They are fast, quick-striking, exciting, exhilarating, and all of that is amplified at home in Denver, which is where the game is taking place tonight. Patrick Roy is a fearless coach, he takes risks and they have been paying off. The big thing all the hockey nerds are talking about with this game is the statistical anomalies of this series to date. If you take out special teams and abnormal situations (like when the goalie is pulled), the Ave's have been one of the worst teams in the playoffs while the Wild have been one of the best.


Clearly the Wild have been outplaying Colorado thus far. With that being said, I'm a believer in the "clutch" gene that stats geeks say does not exists. That's why the Ave's are still in this series. Clutch play by talented stars. The MacKinnon-Landeskog-Stastny line has been lights out at home. The 18 year old #1 pick already (MacKinnon) has 11 points, 2 clutch goals and speed that is killing the Wild.  He lives in the basement of Jean-Sebastien Giguere's house and carpools to work with the backup goaltender every day. And while he may not play like a kid, away from the rink, well, that's a different story. "You realize he's 18," said Stastny, who had a goal and three assists. "He's hungry, that's what makes him a good player. He doesn't rely on his skill."

Anyway I'm predicting a close game but I think the Ave's end up on top. There's too much mojo going on and on top of all of this, Matt Duchene is back and I think he can make a difference tonight. I'm picking the Avalanche. 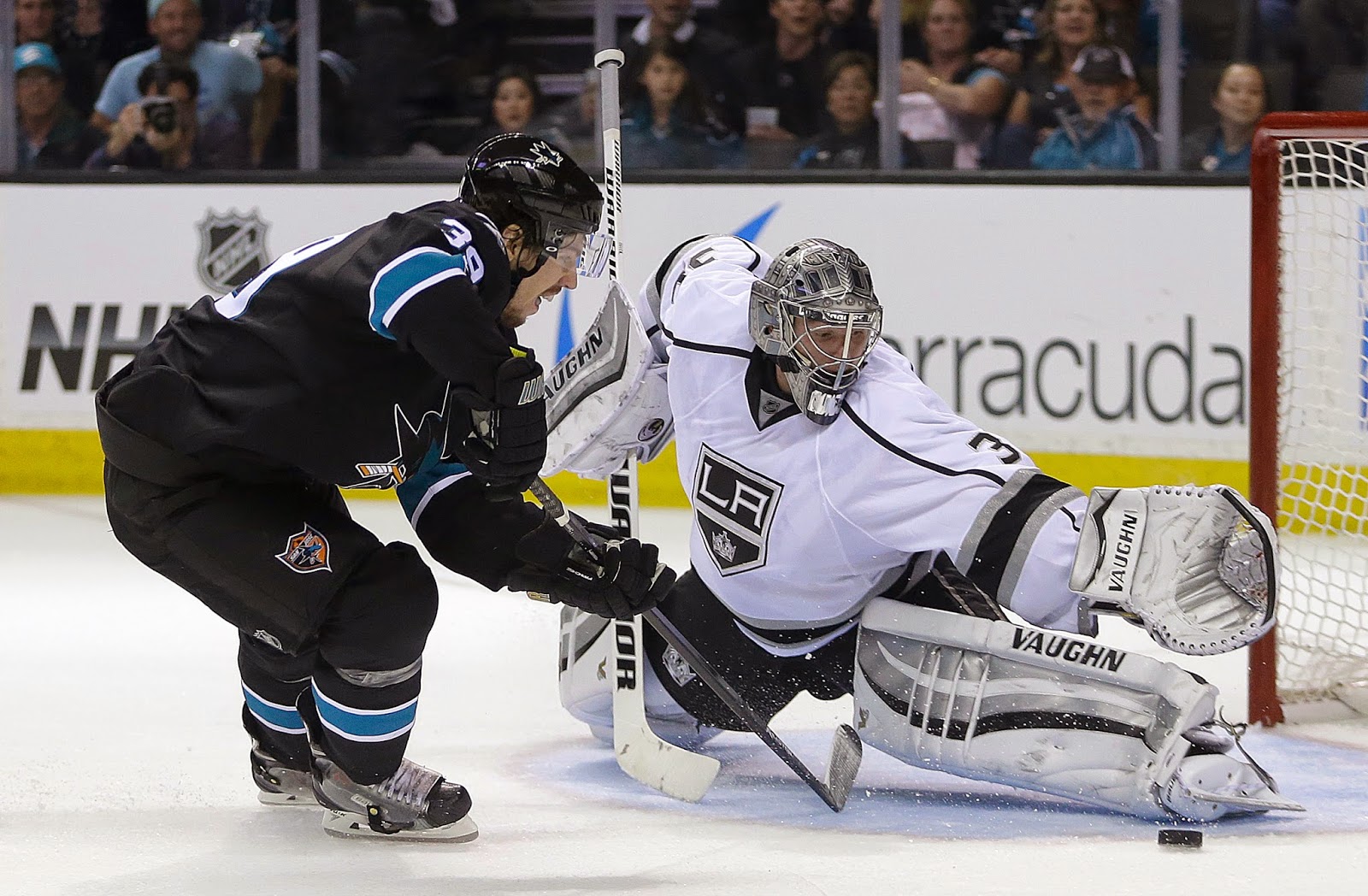 The Game 7 I am most looking forward to watching. The Sharks & Kings seem to play a 7 game series every year. Seriously. These teams know each other extremely well.

38 games over 4 years is a lot. Last year the Kings won Game 7 in the 2nd round on home ice. In fact, last year, the home team won every game in this series. The Sharks will be playing at home tonight and trying to avoid a historic collapse after  winning games 1, 2 and 3.

In the first 3 games of this series the Sharks, outscoring the Kings 17-8. In the past three games, however, the Kings have roared back and outscored the Sharks 13-4. Which means after 6 games these teams have each scored 21 goals. It's not surprising this series has been that close.

Over the past 3 games the Sharks top 4 players from the regular season-Thornton, Marleu, Pavelski, Couture- have combined for 1 goal and 2 assists. That's not nearly good enough, especially against a deep, and experienced team like the Kings.

I love the Kings. Always have. Even before they got UMass' Jon Quick and cousin Dustin Brown and won the Cup. They are good. They have the makeup and experience to win a road Game 7 for sure. They are hot and playing with confidence. I have no doubt they fully believe it's their series to lose at this point.

The Sharks also have a TON of experience. No, they haven't even gotten to a Cup Final, but check out this BRUTAL playoff history for the Sharks. Keep in mind its basically the same core of guys on all these teams.

I think tonight is the night we see the Sharks come through. I think they are pissed about being the laughing stock of the Western Conference every Spring. In 2011, they faced this same "Up 3-0 and lose 3 straight" dilemma.... and they took care of business AT HOME vs a MORE EXPERIENCED and CHAMPIONSHIP TESTED team in the Red Wings. They played at home that night and used the crowd to fuel them to Victory. My gut tells me they draw off that experience and find a way to win tonight. Logan Couture was a rookie back then, and scored the GWG in the decisive Game 7. That's going to happen again tonight. I'm going against my boy J Quick and picking the Sharks to win tonight in what I expect to be an AWESOME game. DO NOT fall asleep before this game is over.