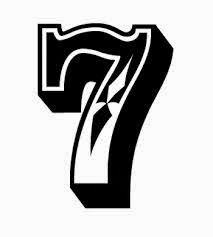 Game 7, of course. Before the series I thought the experienced Bruins would clinch on the road in 6, but I was wrong. They looked like crap the other night. BUT if there is one thing to be happy about... clearly momentum in this series doesn't carry over from game to game. For example, the Bruins destroyed the Habs in Game 5 and looked like shit in Game 6. So throw away what happened on Monday night, it's done and in the past.

The Bruins have now played a Game 7 in an NHL record 7 straight years. Insane. Here they are in backwards order with the defining picture of each game to me. 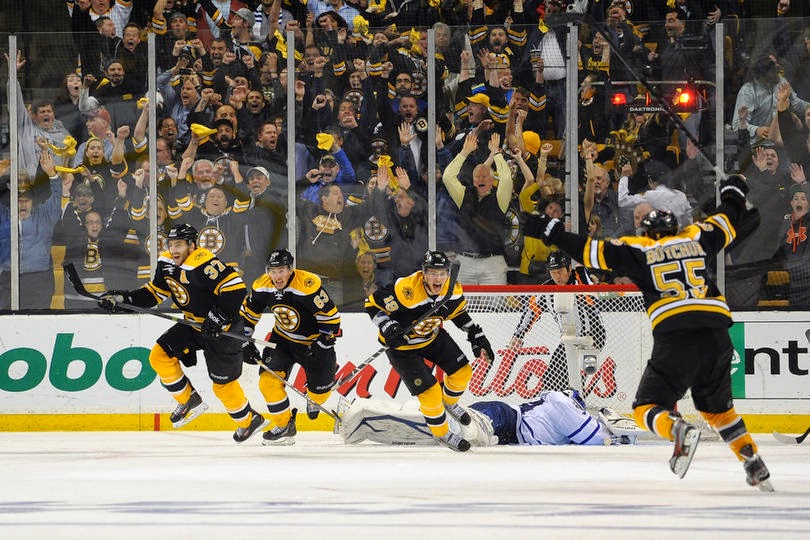 The Bruins completed one of the best comebacks in NHL history, scoring three times in the 3rd and "Bergeron!  Bergeron!" scored in OT to seal the series. Unreal win and really showed the resiliency of this group being down in the 3rd at home in Game 7 and coming back to win the game. No quit. 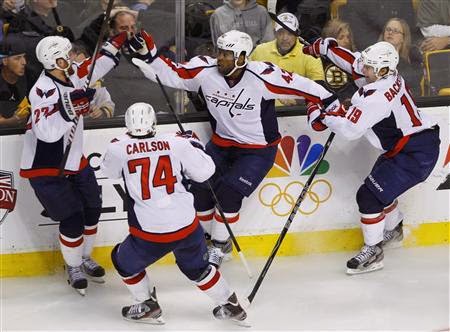 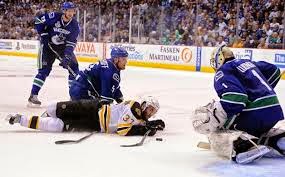 Maybe the best game in team history. 4-0 win. Bergy and Marchand scored twice. Thomas stands tall. Pictured is Bergeron's second goal, it was shorthanded and he scored from laying down. 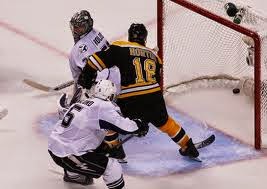 Another candidate for best game in team history. Unbelievably tight game. 0 penalties. 1-0 win from a beautiful play made by Ference, Krejci and finished by Horton. Another gem from Thomas. 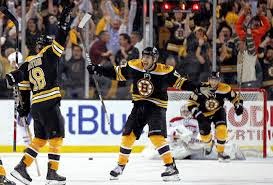 PK Subban scores late to send in the 3rd to send the game to OT, Horton buries a long slapper for the series win. I will never, ever forget this moment. 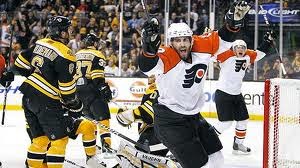 May 14th. Up 3-0 in the game, blew that lead and lost the series 4-3 after being up 3 games to 0. Very dark memory. Had to be carried home from the bar and placed in bed by my friend Campbell. 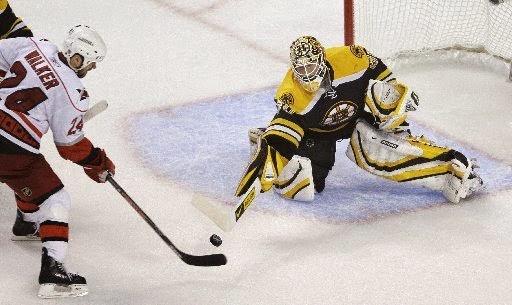 One of the most brutal feelings I've ever had. I was SO emotionally invested in this team. Scott Walker, public enemy #1, scores the OT game winner against Thomas. On May 14th. 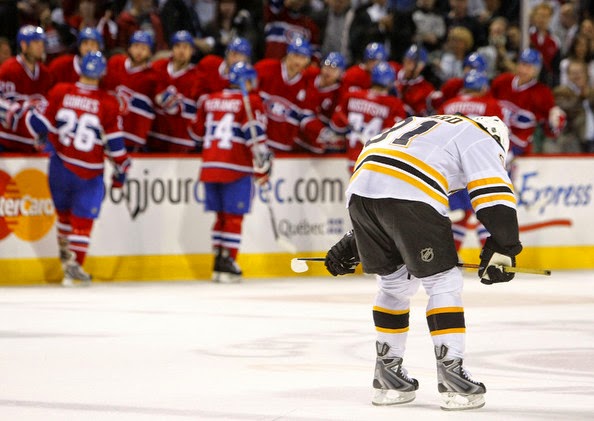 After what I consider "The game that turned the entire franchise around (Game 6 in Boston)", the Bruins comeback against the #1 seed Canadiens falls way short in a 5-0 loss on the road. It was really a 3-0 game and the Habs scored 2 very late.

So anyway, the point here is this Bruins team has a TON of Game 7 experience, which is what most people say is a determining factor. Chara, Bergeron, Lucic, and  Krejci were on every one of those teams.


I also decided to ask a ton of hockey fans what they thought about the game tonight. Here are the "poll" results. I got 59 answers back in time.

Out of the 59 people, 45 are Bruins fans, while 14 people are fans of other teams. No Montreal fans were included in this poll. 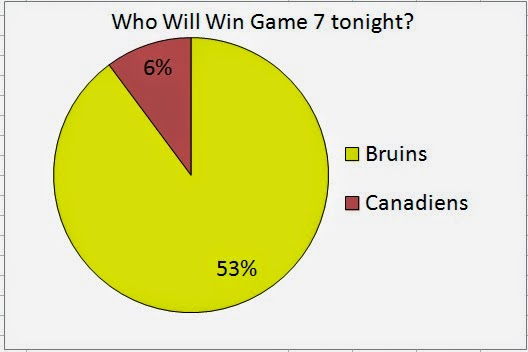 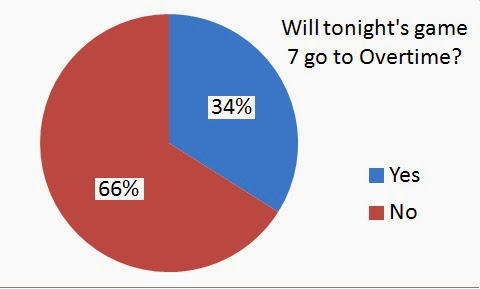 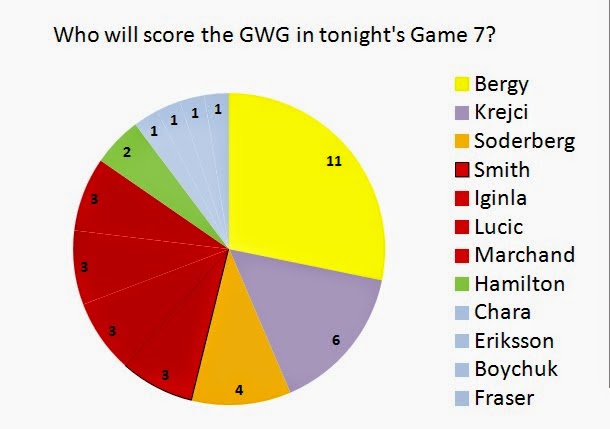 The most interesting thing about these results is the unwavering confidence in David Krejci. He hasn't played great this playoff season, but did look better in Game 6. I like the pick, I think he plays well tonight and probably scores or sets up a pretty goal.

Also, out of the 14 non-Bruins fans, 11 of them still picked the Bruins. The average scores for each team with these predictions was Bruins 3.2 to Montreal 1.7. The score "Bruins 4 Montreal 2" led the way being predicted 14 times.


Personally, I agree with most of you that the Bruins will find a way to win this game. They know what's at stake. They've been on both sides of losing and winning these games, and frankly I just think this team is too good not to advance. I didn't include myself in the results above, and I will predict:


Bruins win 3-1 with Lucic scoring the GWG in the 3rd period. The B's team motto is "Whatever it takes"... and I think they come through tonight. They will do whatever it takes to win. Our goaltending and coaching is decisively better. Lets. Go. B's! 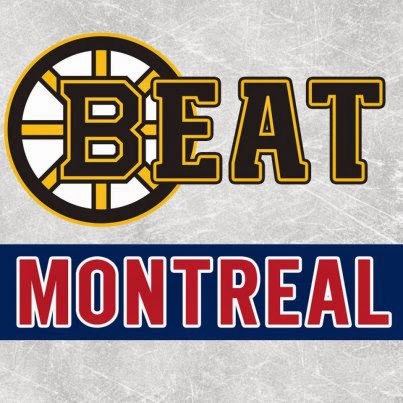