RIP to the OG Champs group

Unfortunately I lost to Beckerman in the championship of the Dirty D fantasy league, marking the first new winner since 2011. Congrats to Beck on a great season, going 14-1 overall. The rest of us have Paul to thank for Beck's lone blemish back in week 2.

The champs of our league, and their victims in the Championship:

As a reminder to Abe, no one remembers who made it to the semi's.

and with this win by Beckerman, dies everyone's favorite group of all time. The elite owners of the Dirty D, The OG Champs:

RIP boys we had a great run. 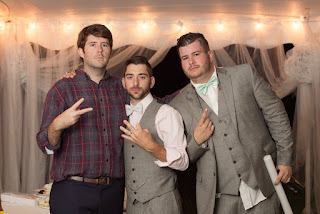 and one more to salt Campbell to make sure he knows his place.