People I HATE in Sports

There’s a good chance I accidentally left a few guys off this list so if you know I hate someone, let me know and I’ll add em on here.  Enjoy.
Nick Saban
I first started hating this guy when he was the Head football coach at LSU. Not a great reason, but since then (2002 ish,) Saban has given me many other, legitimate reasons to hate him.  He is known for being a rude, stuck up pompous dude. He coached the Dolphins. He gave up on the Dolphins, lied to them, screwed them over, and whimpered back to college football to take a job at his former employer’s #1 rivals, Alabama. That’s where he is now. I literally can’t stand how this guy looks, talks, and even coaches. I’ve heard him trash small programs, like Boise State, as much as anyone. It kills me that Bill Belichick loves this guy so much. I will never get that. I would KILL to see Boise St get a chance to take on a Nick Saban coached team one day.
Alex Rodriguez
My hatred for A-rod has declined over the past couple years, mostly because he stopped being such a douche once he won the world series in 2009.  However, there was wayyyy to much damage done in the previous decade for me to ever change my mind on this guy. The day he got “traded” to the Red Sox, I was PISSED! I didn’t want this guy on my team even before he became a Yankee.  Not a team player. Selfish, girly, attention-seeking weirdo. I hear he has massive paintings in his residence of him as a half centaur. Started dating Madonna? Gross. Also he ruined Kate Hudson for me so I can never forgive him for that.
Sean Avery 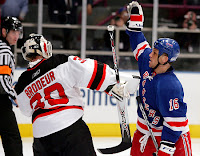 Another no-brainer. What is there to say about this dirt bag? He’s cheap, classless, and doesn’t respect the game of hockey. Predictably, everyone else in the NHL, including his own coach, hates this guy too, so he is getting what he deserves. It bothers me that all the fake Ranger pink hat fans support this guy just because he is a model. He’s a metro sexual and models handbags in Europe. Of course.
Matt Cooke

Another cheap, disrespectful hockey player.  Ended the career of one of my favorite players of all time to watch, Marc Savard. ESPN recently wrote an article saying Cooke has “cleaned up his act” but don’t be fooled. It’s in his DNA to cheap shot players. Think Brad Marchand with less talent, and more evil. Luckily, NHL disciplinarian, Brendan Shanahann, is probably going to suspend this guy for 20+ games the next time he targets an opponent’s head.
Jay Cutler

Cry baby Cutler. I honestly would have to stat rooting for a different NFL team if this guy was the QB of my favorite team. He is the opposite of a gamer. He is so weak and so soft that his feelings were hurt when the Broncos were *thinking*  about trading him. He is so unprofessional and so gross looking I just cant stand this guy. Gave up on his team in a playoff game. Stands on the sideline and pouts all the time.  Also, he is engaged to the ultimate bitch, Kristin Cavelleri (yea, I know who that is, I watched The Hills w my gf & I don’t care. I also watch all things Kardashian, Jersey Shore, Mob Wives, and RHONJ)
Jorge Posada 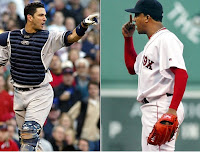 Yea I saw Mickey Mouse crying the other day in his retirement press conference, and I didn’t care at all. This greasy slime ball loser is lucky Pedro didn’t peg him in the head and kill him 10 years ago, because he could have no problem. It’s easy to talk shit from the top step of the dug out, bro.
Alex Burrows 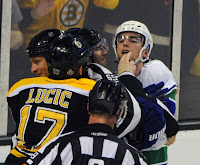 Any true NHL fan knew Burrows was a disrespectful player even before his infamous biting of Patrice Bergerons’s fingers during the Stanley Cup Finals last year. Look him up on Wikipedia. This guy sucks. PS- Was Lucic's taunting of Burrows a game later the best thing   anyone saw in 2011? I think yes.

Ive gone back and forth on PK since he broke into the league 3 years ago in the playoffs. On one hand, you have an electric, talented, cocky  young guy who walks the walks. On the other you have a cheating, lying, deceiving scumbag.  I think PK has plenty of time to clean up his game and change my mind, but the fact right now is when I think about PK I think about his “trust fall” in which he tried to draw a penalty in the 2011 playoffs, and how he turtled earlier this year after a high hit against t the Bruins. Man up and account for your actions PK. Fighting Marchand doesn’t count, if he answered the bell with a real fighter, I’d respect that. Oh, and no, I don’t hate him because he’s black.
Williams Sisters 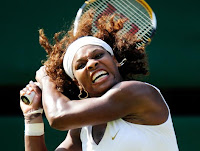 4 reasons. The first is that they scream and grunt when they play tennis. I am 100% sure they do it for show. I understand a little grunting, but I used to watch these girls play and they never grunted. The 2nd reason is that they are part owners of the Miami Dolphins.The 3rd reason is beacause I have seen Serena, multiple times, belittle and ridicule a court judge because he didn't rule in her favor. The 4th reason is the strongest- I absolutely cannot stand when athletes pull the race card, for no good reason. Their dad is their coach and agent, and some of the things he says on their behalf make me want to puke.  In the past he’s even gone so far to say court judge’s are racist and consistently make calls against his daughters because they are black. And, for the record, I hate Serena significantly more than Venus, who seems to be less attention-hungry.
BONUS- Commonly Hated Athletes Who I Actually Like
Lebron James- Don’t hate on him because of the decision to go to Miami. That’s just dumb. He had every right to go where he wanted, and he decided to go play with his friends in South Florida.  Sorry he didn’t stick around in loserville- Cleveland- where he lived his whole life. Anyone reading this would have made the same choice.   Lebrons the man. I saw him play in high school when ESPN broadcasted one of his games live, and he was so captivating that I have never gotten over it. I hope he wins back to back to back titles and shuts everyone up.
Tiger- The ultimate gamer and most dominating athlete of all time when he’s at the top of his game.  I have little doubt he finds his game and returns to #1 and I root for him every single tournament he enters.
Kevin Youklilis- So you hate this guy because he is intense? I love him for it. Love that he brings intensity to baseball, and I wish there were many more players like him in he game. Pedroia comes to mine. I love those 2 guys and would take them on my team any day.
Michael Vick- I obviously don’t support the dog-fighting scandal he was involved in. I am still not even sure how deep he was into the dog fighting, and it seems like he did WAY more time than he deserved. I’d rather see people who rape girls and murder actual human beings in jail. Dogs aren’t humans, & he seems legitimately remorseful. Plus, he is electrifying to watch play football.
Am I missing anyone? Who do you hate? Feel free to leave some comments!
Posted by JB at 10:00 PM