I haven't posted in a while. Sorry to my 4 loyal readers.  Below are some NHL thoughts: 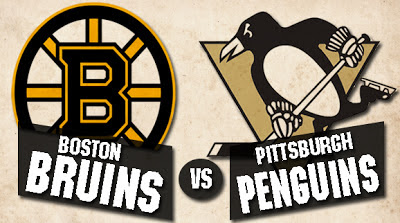 The Bruins have advanced to the ECF for the 2nd time in 3 years (Suck it Claude haters.) They will be facing the Penguins who have raked us all year. Here are the 3 meetings from this season:

So as you can see the Bruins had a tough time with the Penguins this year. What makes it worse is Malkin didn't play in any of these games and Crosby missed the last one. However, it is also important to point out those first 2 losses were played on the second night of back-to-back games and that 3rd game was played at 12:30 in the afternoon on a weird Saturday in Boston (day after the terrorist manhunt.)

All signs point to a long series between the East's two best teams. As a Bruins fan, I recognize that we are the Vegas underdogs in the series, but I know this team can beat the Pens. Why? It's simple. Goaltending. Tuukka Rask vs Thomas Vokoun. Yes please. This is a huge series for Rask. He is going to need to steal a game for the Bruins.

There's only two things I want to mention about the NYR-BOS series before moving on. 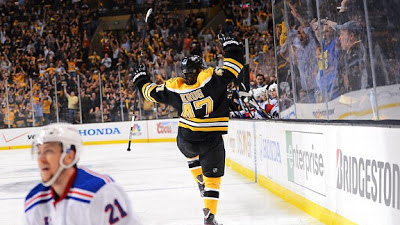 Later this week I will follow up with a full Bruins-Pens preview with prediction. 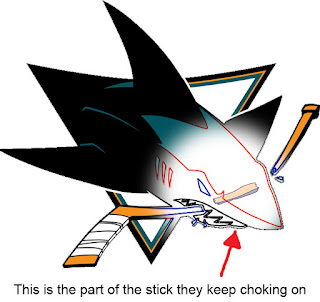 In the West, both series are going the distance. Sharks vs Kings Game 7 tonight in LA. Very much looking forward to this game. It will be a true test for the defending champion Kings, who are facing elimination for the first time this year. The home team has won EVERY game in this series. Game is in LA tonight.

I don't think I publicly posted this but I actually have a friendly bet riding on this game. I have a buddy (who sucks at fantasy football) who's been a self proclaimed Sharks fan for at least 3 years now. We made a bet before the playoffs:

If the Bruins go further than the Sharks. he has to ask out a girl we are mutual friends with that he has secretly been crushing on for years (easy, I know)

If the Sharks make it further than the Bruins, I have to change the header on my blog to a Sharks-themed banner until the Sharks are eliminated.

For some reason I find myself rooting for the Sharks tonight. I don't really know why... I love the Kings... but there's just something about the Sharks this year. Maybe this is the year they wont choke.  I'd LOVE to see them play the Bruins in the Finals. I know that's getting ahead... but still. Go Sharks. Logan Couture FTW.

In the other matchup, the Blackhawks will host the Red Wings tomorrow night in Chicago after winning back to back elimination games this past weekend.

This is an awfully hard game to predict. On one hand you have the hot, experienced Blackhawks and on the other you have the resilient Red Wings. Sigh. I'm going to go with my gut and pick the Blackhawks just because I think Toews is the best player (a sconce better than Kane, Datsyuk, and Zetterberg) and will find a way to will his team to a win. Plus I've seen the Jimmy Howard meltdown show one too many times.

The last thing I will leave you with is this awesome sound clip from the first round of the playoffs. Enjoy:

IF YOU ARE ON A MOBILE DEVICE YOU MAY NOT BE ABLE TO SEE THE VIDEO. Click this link to be redirected.


And yes, Daniel Alfredsson IS the ugliest person North of the Equator in case you were wondering.