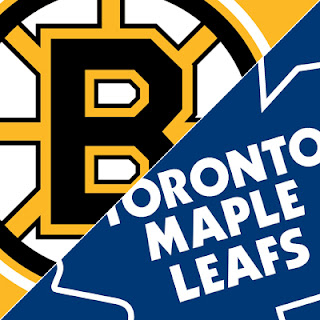 Well, the Bruins find themselves in an all-too-familiar spot tonight… facing elimination on home ice in a Game 7.

Heard that before? Of course you have. Take a look at these amazing stats/tidbits surrounding the Bruins and tonight’s game 7 vs the Leafs:

Here’s the recent history of Bruins in Game 7:

-Since 2008 (including this year) there have been 27 series that went the distance… The Bruins have been involved in 8 of them.  Far more than any other team.

Bruins vs Leafs Round 1 Summary: 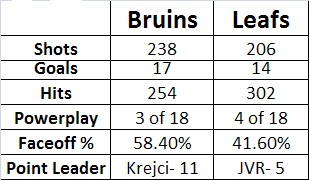 Coach Julien admitted after the game the Bruins have been playing “Jekyll and Hyde” all year long, so a string of 2 bad games doesn’t necessarily mean they continue that trend tonight.  This Bruins team has tons and tons of playoff/ game 7 experience. They are the better overall team. They have the better goalie and despite some of the things I’ve read on-line… Rask is currently playing better than Reimer and has outperformed him all series long. If it wasn’t for Rask the Bruins would have lost 5-0 last night.
All the Bruins have to do is show up and play Bruins hockey for 60 minutes. If that happens, they will win.  Simple, right? They have to win tonight. They have to come out hot. They have to score first.  This game is basically going to define this entire era for the franchise…. So who are the Bruins? We will find out tonight. I happen to believe in them still. Remember- it’s about not getting to high on the highs and too low on the lows. And God I hope Seguin scores the game winner.


Just for fun and to make everyone feel awesome about tonight's game, here are the game 7 goals that ended the Bruins season on home ice in the past few years:

Those videos were painful to post
Posted by JB at 12:19 PM