*Before I write this blog I want to share a quick story. A couple high school guys and I were standing around at work last night and somehow it came up that "having a blog that is synonymous with being a virgin." First, I laughed because talking to high school kids is almost always entertainaing. Secondly I told them about NWOTB and they were back pedaling like crazy! It was funny. I dont think they/people realize that blogs can be about literally anything? Who knows. But I've now been made fun of high schoolers for having a blog. Check that one off the list. 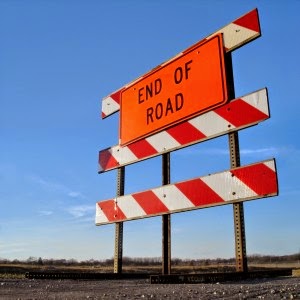 Week 16 is finally here. It's always kinda of weird.... the while season/ Fall builds up to this and then all of the sudden... its over. For 9 months.

But we do have a great matchup for the championship between my team, Tahiti Loungers and Campbells team, Angry Pirates.


Last Week, I beat Team Ice Cream for the 3rd time this year, on the backs of Dez Bryant and Leveon Bell. It was a curious week as Andrew Luck had a "bad" game, Jamaal Charles screwed over a TON of people, Josh Gordon did nothing again, etc.

In the other semis, the rental guys needed 60+ points from the Bears going into MNF and Jay Cutler was Jay Cutler and the while offense was gross. Dan lost and it ended up not being close, even though it was. The big concern here for the Angry Pirates is the health of DeMarco Murray. He had surgery on his hand on Monday and his status for this upcoming week is cloudy. I expect him to play but you neevr know. Campbell really needs him to play.

If Campbell and I played every week this year:

*Week 12 was the actual week we played head to head


Well it looks like I would have gone 7-8 vs. Campbell... but obv the most important thing is "What have you done for me recently" and THAT is where I look really good. Since Week 10 when my lineup was solidified i have averaged 160 points. Thats unreal. Campbell is averaging a healthy 138 points per game over the same span, which is no slouch. It's easy to see how these two teams made it to the end. Bottom line is I would have beat Campbell head to head in 4 out of the last 5 weeks! Thats the trend.

When you read the names it looks like its close, but this is a big positional advantage for me based on stats from this year and especially the last month. Lets look at good ol Peyton Mannings fantasy output recently:

This week Peyton goes into Cincy on MNF. He is still  a dangerous player, but Ill take Luck all day over him. Luck is in Dallas.... points galore to be had on the fast track in Big D. Advantage Tahiti Loungers


Ummm.. yea. Thats why we made it to the ship. This is about as close as it gets, it's almost a waste of time to analyze these guys. So lets look at matchups


These guys are all top 6 options for this week. Without ODBJR considered, these may even be THE top 4 WRs of the week. Impressive.

The one thing Ill say is that out of all these guys, the one i am worried the most about is AJ Green. And that s strictly because Andy Dalton CRUMBLES in prime time TV games. But he is at home and they will need to score, so AJ Green should be good to go. NO ADVANTAGE

Obv the big question here is Murray. I'm writing this assume he plays and takes a full workload, which I dont see why he wouldnt if he plays. Murray is playing the Colts and they can obv be run on (Pats fan See: Jonas Gray 2014 and Legarette Blount 2013 playoffs) so Murray could have a big game.

LeSean mcCoy was good last week but his back up Chris Polk vultured him and he lost out on THREE TDs. Shadu has a high ceiling but the problem is in the Chip Kelly offense he cant play all the time, Darren Sproles is good, and they pass a lot. So you dont know what youre getting from McCoy but this week vs washington he could possibly have a nice day.

Leveon Bell is probably the #1 overall pick in next years drafts. Has to be. This kid is an animal. His past 4 games he has fantasy points of 28, 53, 44, and 41. Unreal. I dont know if I can remember a RB that was this dominant. He's basically a lock for 25 points with a crazy high ceiling. This week he has a favorable matchup at home vs KC so LET THE BIG DOG EAT !

Jamaal Charles almost fucked me over last week with a gross 6 point performance. The coaches were taking it easy on him which, in retrospect, really helps me out for this week 16. Charles is practicing in full and should get a normal workload back this week. He is playing Pitt which is a solid matchup... it's also pretty cool my two RBs are playing against each other.

Overall you have to be a psychopath if you pick against the Bell/Charles combo. Advantage Tahiti Loungers

Stupid Tight Ends. They all suck this year. G Reg has been better recently and I am very encouraged by the number of looks he is getting. Gates has a good matchup with Denver and with Keene Allen out, Gates may get extra looks. I cant give anyone a real advantage here this week.

I'm really sad that I can't start my boy Josh Gordon this week. I just cant. Johnny Football looks too bad and they are on the road. I need points, and J Bell has been a bull recently. Over the past 3 games he has 200+ yards and 3 TDs along with some solid passing game additions. With the lowly Vikings on tap, I just think he has a great chance to score a TD.

I wont lie. I am playing J Bell because I am perceiving myself to be the "favorite" in the matchup and Ill tend to go with the more conservative option in that case every time. If I was in Campbells shoes and had this decision, I would probably roll the dice on Gordon as his ceiling is much higher.

Mark Ingram should be a good option this week too at home vs Atlanta. I would be a little worried about Pierre Thomas healthy and at home, but Ingram has been their guy all year. On Fanatsy Pros J Bell is currently the #8 PPR RB and Ingram in the #11 PPR RB. That is close. And I am not confident enough to pick either player over each other so this one is going to be a draw for me, even though if they were the same price in Draft Kings, I'm playing Joique all day.

My kicker is Ghostkowski and my Defense is Detroit.

Campbells kicker is Bailey and it looks like he's rolling with Denver D.

Gotta give me the slight advantage there.


Overall I am going to have to predict a victory for myself. Just too much star power. Luck is the #1 QB this week. Charles and Leveon are the #1 and #2 RBs. Megatron is the #1 WR. I have too much potential and Campbell will have to put together a flawless week to beat me, I think. Regardless of what happens we will NOT have a new champ this year... and if I win its Tahiti 3-peati !!!!!!


This is what we are playing for: 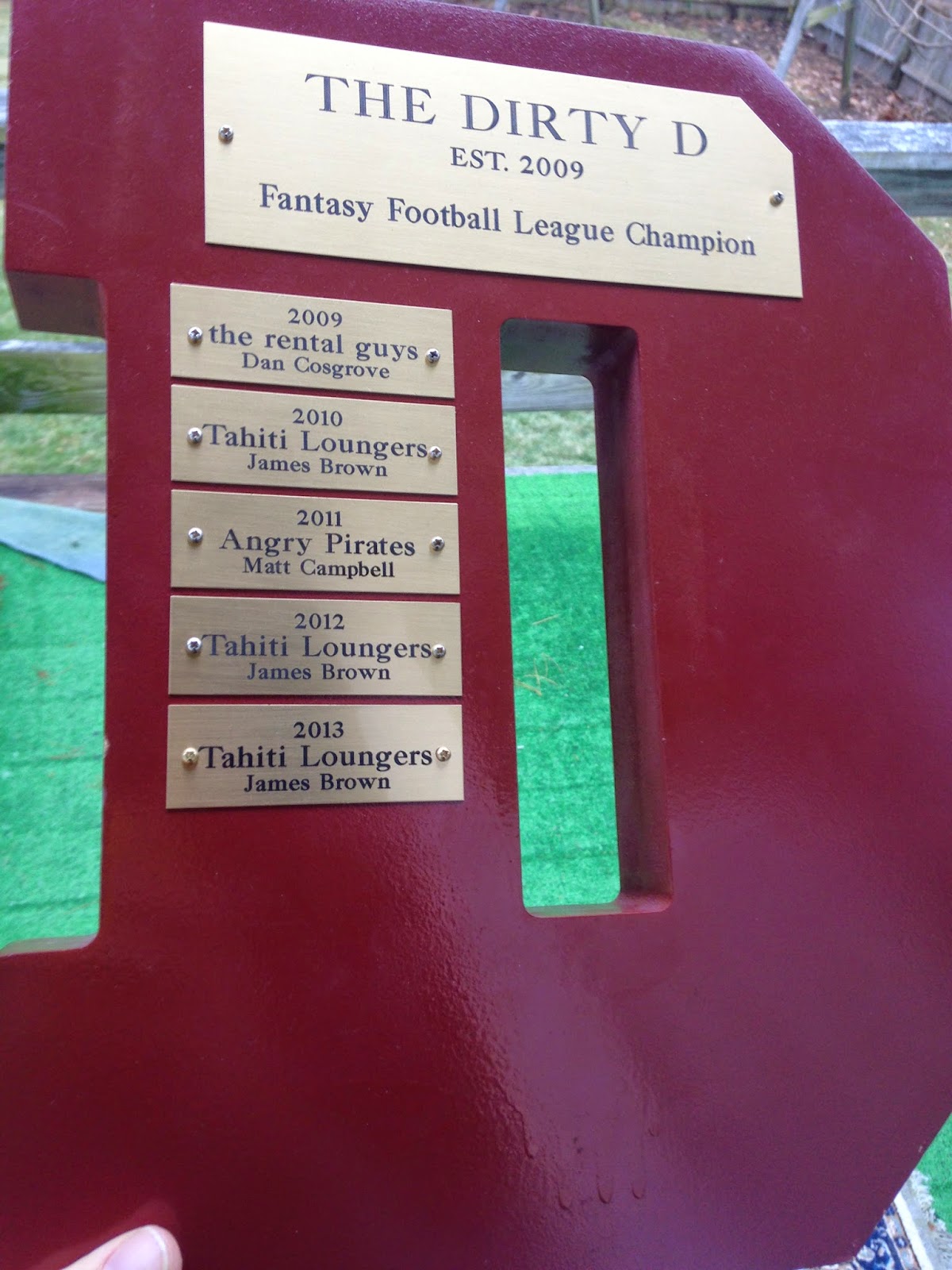