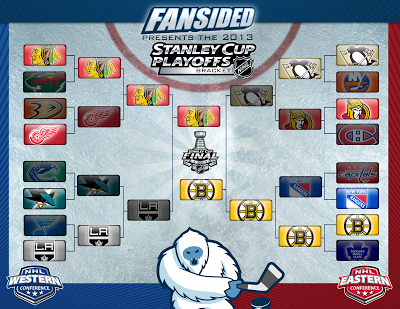 As we all know by now, the Bruins completely dismantled the Penguins with a 4-0 sweep in the Eastern Conference Finals, obviously. Who didn't see that one coming?

Crosby, Malkin, Igninla, Neal, and  Letang were all held pointless in the series. As in none of these clowns scored or even had an assist.... Wait....unless you want to count the series ending goal that Iginla deflected into his own net. Sweet decision bro. great call going with Pitt. Enjoy the Presidents trophy.

The Penguins never had the lead in the entire series at any point. This is not a typo.

The Bruins PP went 0 for 13 in the series, although their PK was a perfect 15/15. Get Chara off that PP1 Unit and let him rest! 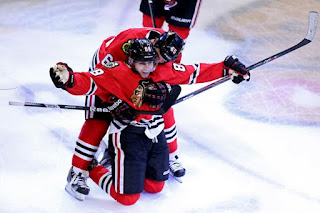 In the West, the Blackhawks took down the defending champion Kings, who I have said multiple times remind me a lot of the Bruins. That being said, I think the Bruins are a much deeper team and better defensively than the Kings. Quick I admit is better than Rask (blog to follow comparing those two) but the team defense of the Bruins is suffocating. Ask those stars from Pittsburgh what it’s like to try to get through the Bruins. Aint happenin.

To me, it’s a complete no brainer. I do not mean to trash the Hawks in this blog… more that I’m lifting the Bruins up way above them. For the record, as of this writing, I really like the Hawks. I respect Toews' game. Patrick Kane is NASTY. I like some of their D men and I truly fear Hossa in this round. (One of my former favorite players)

So, if you want to pick the Hawks, I guess that’s OK. But anyone picking the Blackhawks to beat the Bruins in anything less than 7 games is on crazy pills. Why you ask?

BECAUSE THE BRUINS HAVEN'T LOST A PLAYOFF SERIES IN LESS THAN 7 GAMES IN TEN YEARS.

Yea that’s right. 10 friggin years since a team has beat the Bruins in a series before the 7th game. It’s pretty insane to think about. Obviously this team is vastly different than the 2003 roster… so if you want to just talk about Claude Julien's Bruins, well, now we can say “Julien has never lost a series that hasn’t gone 7 games as Bruins coach.” Boom. Fire him for sure. Right everyone?

Here are ALL of the Bruins recent playoff series outcomes in backwards order:

Like I said… incredibly impressive. This team goes the distance, so it's foolish to pick the Hawks in anything except 7 games. 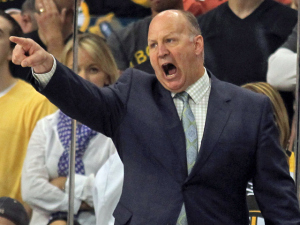 Overall I think each game will be close, like it was with the Penguins. Sure, the Bruins won that series 4-0, but like the coach said, it wasn’t a 4-0 series. 2 of the games could have gone either way.  I think something similar will happen in the Stanley Cup Final. Close games, but I like the Bruins to take it down. I’d love to see the hawks extend the series to Game 6 so that the Bruins hopefully have a chance to wreck my bank account and win the cup on home ice. However, I think the Bruins have finally figured out that "killer instinct" thing they were missing the past few seasons and will make fairly quick work of the Hawks.

Bruins win the Cup in 5 Games!! (just got chills typing that) 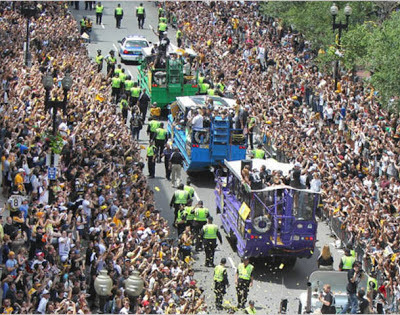