Today at 2pm the 2013 Baseball HOF vote results will be announced. It is very possible this will be the first year since '96 no one gets elected in. Players are required to have 75% of the vote. Below are the names on the ballot and how I personally would vote. It's tough for me to judge a bunch of these players who played in the 80's and early 90's, but I'll do my best. I haven't put a TON of thought into this, so my opinion could easily be swayed & if you feel strongly for or against any of these guys, let me know in the comment section.

Players I would Vote IN 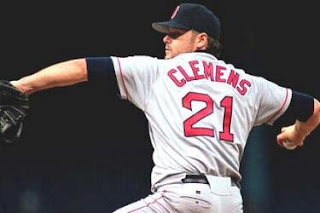 Roger Clemens- Clemens was my favorite athlete for a long time growing up, and he was 100% a HOF before the steroid era. Clemens has never actually been proven to have taken steroids, although it is fairly obvious he did. Then again, so did everyone back in the late 90's but as I said Clemens was a sure fire hall of famer before this time. He won the MVP in 1986. He won the Cy Young in 86, 87, 91, 97, 98, 01, and 04. That's 7 times for 4 different teams in both leagues. Most all time. They should basically re name the award after him. He was also an All Star 11 times in his 23 year career.

Barry Bonds- Not a fan of Barry Bonds at all, but there is no question he deserves to be in the HOF. Baseball's all time HR leader has a similar situation to Clemens- he was deserving of this nod before any steroid use. Bonds not only was a premier 5 tool player throughout the 90s, but he also turned into a dominant force to be reckoned with late in his career. It was wild how many teams would just intentionally walk him. He has more career intentional walks (688) than the next 2 people on the all time list behind him combined. He won the MVP award 7 times (90, 92,93, 01, 02, 03, 04.) THAT's wild. He also won the gold glove 8 times and made 14 all star teams. 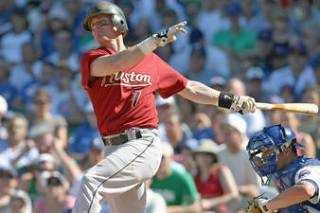 Craig Biggio- Biggio I always looked up to growing up because he played 2B and so did I. I don't expect Biggio to ever get voted into the Hall, and I think a large part of that is because he played his whole career in Houston, away from the major media markets on the East Coast. Biggio's knock is that people see him a a "piler"... someone who has high raw numbers, mostly due to repetition  I personally think that very good production for 20 seasons is an enormous accomplishment in itself and to me, Biggio is someone who should get in. 7 time all-star and 4 time gold glove award winner.

Curt Schilling- Schilling only has 216 wins which is going to hold a lot of people back from voting him into the Hall. I do not think we should weigh that "low" win total too heavily- it's likely there will never be another 300 game winner and wins just do not go to starting pitchers the way they used to. Schilling was a career 11-2 postseason pitcher, including pitching very well in a handful of do or die playoff games for both the Diamondbacks in 2001 and the Red Sox in 2004. Bottom line is he was a dominant big game pitcher for a long stretch of time and someone you definitely didn't want to play against in the post season. For those who think if Schilling is on this list, that Jack Morris should too (under the same conditions that they are "big game" pitchers) His career ERA is 3.46, almost half a run better. It's worth noting that Schilling finished 2nd on the Cy Young voting 3 separate times, twice to teammate Randy Johnson and once to Johan Santana. He was also the World Series MVP in 2001.


Notable Players I would vote NO to: 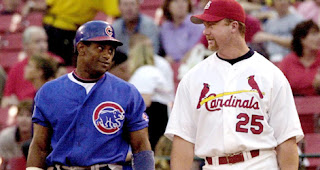 Jack Morris- Never saw him pitch a game. Career ERA is 3.90. Not HOF material  to me.

Mark McGwire- Clearly a dude who's numbers are significantly inflated due to steroid use. I think one day McGwire deserves to be in the Hall, but not until more time passes and we can more accurately lay out the effect of the steroid era on the game.

Sammy Sosa- Same as McGwire, Sosa is the poster boy for steroids. Not only that but Sosa was caught with a corked bat one time too, and I never really liked him.

Rafael Palmeiro- Loser/Lied to Congress. Never felt to me like an all-time player.

Mike Piazza- Never liked this guy. Was happy when Clemens threw the half bat at him in the World Series.

Tim Raines- Stolen Base monster, I could see him getting in.

Jeff Bagwell- Only room for one Killer B in my book.

Kenny Lofton- Great name... but there's a reason why he played for 10 different teams.