Brady opens the door for... Welker? or Wallace?!? 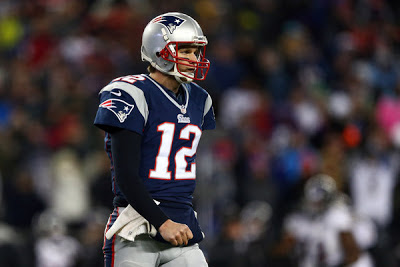 So yesterday Tom Brady signed a 3 year extension with the Patriots, guaranteeing that he will be in New England for his entire career.

1st things first- Brady is the man. Just the coolest dude ever. He knows a couple million means literally nothing to him (and his bread-winning wife) and he doesn’t have the ego that most athletes have, where they think their contract directly correlates to how good they are. For example, Drew Brees recently held out for top dollar because he believes he is the top QB in the league and wanted to be paid that way. Brady doesn’t need a contract or a piece of paper telling him this. (Something Flacco apparently DOES need.) Keep in mind this is the 2nd time Brady has re-structured his contract to allow the team to be able to spend the money somewhere else. It’s refreshing seeing an athlete not only SAY he wants to win, but actually walking the walk and taking the pay cut for the betterment of the team.

Now, the consensus seems to be that the money saved from this paycut Brady is taking is going to go to complete a deal with Wes Welker. There were rumors yesterday about the Pats possibly offering Wes a 5 year, $40 Million deal.

WTF????? Really? Ummm I do want him back, but not for 5 freakin years. He is 31 right now. Yes I know the style of his play may allow him to play longer than others at his position, but still, 3 year max contract is what I was thinking.  Furthermore, some of that money freed up by Brady needs to go to defense! AND even if the Pats DO want to spend all that money on a free agent WR, go get Mike freakin Wallace for 5 years $40 Mil!!! I’d much rather have him that Wes for the next 5 years. Dudes a burner, a play maker, a game changer. Oh and he is only 26 years old. The prime of his career. Check out his speed here:

If the Pats end up signing Wes for 5 years and $40 Mill I will be sorely disappointed with the Kraft family. Listen, Brady is the man, but he is a QB, a football player, an athlete. It’s not his job to construct a roster. I know he is close friends with Welker, so I wouldn’t be shocked if there was a ‘gentleman’s agreement’ between Kraft and Brady that some of the $ Brady gave up will go to Welker, but I just don’t see the point of giving it ALL to him.

In any case, this makes for a pretty exciting few weeks. NFL off season talk is awesome.
Posted by JB at 8:35 AM