In March of 2007 the Pats traded a 2nd and 7th round pick to the hapless Dolphins for 25 year old Welker. They sign him to a 5 year, $18.1 million contract that includes a $9 million signing bonus, meaning he basically was making $3 million per year and under contract through the 2011 season.

During the 2011 season, through on going negotiations, the Patriots offered Welker a 2 year, $16 million deal, fully guarenteed. He turned this down.

Prior to the 2012 season (a year ago form now), with Welker set to become a free agent, the Patriots decided to use their franchise tag for the first time on him, meaning his salary would be slightly over $9 million, triple that of the previous year. There was speculation he would holdout for a contract but signed the tender and reported to camp like the good little foot soldier he is. He said he had faith that he would be taken care of and had no interest in creating problems with the front office. However, during the season Welker was quoted as saying talks had gotten worse and broken down through "philosophical differences", the Pats weren't really budging on their offer, and clearly frustration was starting to set in for Welker. Despite the off the field issues, Welker again produced with a line of 118/1354/6 this past season.

So that brings us to this year. If the Patriots DID decided to use the franchise tag on him again, his salary would jump to about $11 million, but like I said earlier, multiple sources say they will not tag him.

Welker's career earnings are right in the $30 million range. The perception is that he hasn't been "paid" like he deserves yet, but that is sure to change this year when he hits the open market.

Asante Samuel was drafted by the Pats in 2003 and by 2006 it was clear he was the best DB on the team. As a free agent, the Patriots decided to use the franchise tag on him, instead of extending his contract (Pretty much the exact same situation Welker found himself in 5 years later.) Samuel held out for part of the 2007 training camp but eventually reported and made $7 million under the franchise tag. Part of his deal that year was if he hit certain performance metrics the Patriots wouldn't use the tag on him again and he would become a free agent. That is exactly what happened.

So on the first day of free agency in 2008, Samuel signed a monster deal with the Philadelphia Eagles, 6 years for $56 million. Wes Welker was quoted as saying this:

"Asante's a great player so it hurts not to have a guy like that. But then again, it's part of the business of the game. He chose money over championships and that's the way it goes sometimes."

Fast forward 5 years later to the present day, and you just know Samuel is laughing at Welker and his dumb  comments. I mean, how many championships did the Pats win since then? None. Of course I understand Welker's thought here, the Pats ARE the favorites to win it every year (suck it Jets) but again, they haven't won the big game since well before Samuel left the team and that's all that really matters.

The other day Samuel called in to a FOX radio station and the host asked him about Welker's current situation and if he had any advice for him, this was his response:

“Here's my advice to you, Welker: You better chase the money, brother.” (Samuel laughing while saying this) 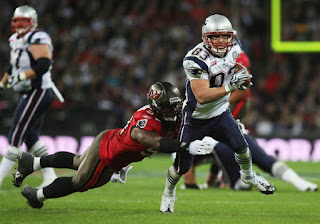 It is a near certainty in my mind that Welker has played his last game as a Patriot, though, you never really know what is going to happen. I'm assuming the Pats would be willing to offer him something along the lines of a 2 year, $15 million contract, but I am also fairly certain Welker will get larger and more lucrative offers from other contending teams out there and based on negotiation history with the Pats, I don't think Welker is going to give them any sort of hometown discount.

Everyone who is reading this probably knows my stance on Welker… I think he’s a great wide receiver, but I don’t consider him elite. Free agents are always over-paid and it will be interesting to see the offers he gets, but Ill bet theres a few teams out there willing to spend siginifcaintly more $ on him than the Patriots. The Pats, like me, believe Welker is more of a “system” wide reciver, than a game changer.  Their thoughts are evident with the increased usage of Julien Edelman in the slot this past season… We (the Pats and I, after many phone discussions) both agree that Edelman may not be able to replace Wes and his 120 catches, but he can certainly come close and is far, far less expensive (Edelman himself is a free agent as well, and last year he made less than $1 million. More on Pats WR options near the bottom of this blog)

So lets take a look at the top 5 teams I think could/would go after Welker based on need and cap space. (Ultimately I see Welker signing something in the neighborhood of 4 years for $30 mil)

Buccaneers-  V-Jax and M Williams are down field receivers, and this offense would be sick with the addition of Welker. Freeman would be a lot more consistent with a go to guy like Welker in the slot. Imagine trying to stop an offense with Jackson, Dougie Fresh, and Welker. Yikes.

Broncos- Welker wants to win a championship right? Well Denver is a player and a receiving corps of Decker, Thomas and Welker would be unstoppable. (Stokely's out) Who do you cover???

Seahawks- This is a young team that can win now. They pound the ball with Lynch and with Welker in the mix, Russell Wilson will be even more dangerous.

Colts- Just another contending team with a stud QB. Reggie Wayne can still play so I think the colts would be OK spending some money on a slot guy like Welker.

49ers- Kaepernick would maybe throw the ball to someone else besides Crabtree if Welker was around. 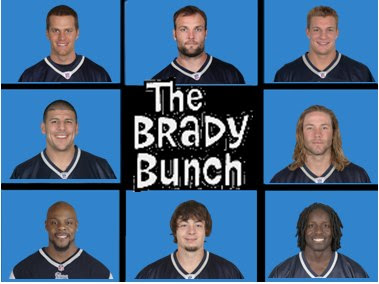 Now, as for the Pats and their WR situation. It's bleak. Here are the relevant WR from the 2012 roster:

Brandon Lloyd- 74 receptions, owed $4.9 million if the Pats pick up his option

Obviously this is gross. The only saving grace is that we have Aaron Hernandez and Rob Gronkowski locked up for 4 more years. I could easily see Hernandez transforming into a full time WR, but it is clear the Pats need to sign a free agent WR, trade for, or draft one that can step in and contribute.

Below are the notable free agent WR available across the league: 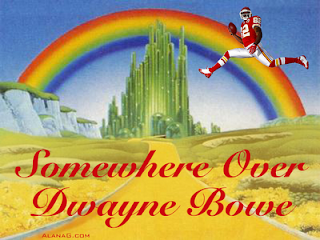 There's other guys out there but they all suck. The Pats probably wont be willing to match the contract offers Wallace and Bowe will receive from teams like Miami, who need a wideout even more than the Pats. My guess is they sign 1 or 2 of the above guys, draft a WR in the 2nd or 3rd round, and hope that's enough for Brady. I think they are going to make a concerted effort to spend their FA dollars on the defensive side of the ball, given that they haven't won a Super Bowl in 8 years, back when Brady made it w/ no name wide receivers.