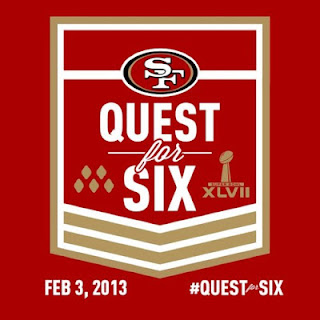 Last year I incorrectly picked the Patriots to beat the Giants.....this year my favorite team isn't playing so I can look at it totally objectively.

-The Ravens look like a team of destiny. Ray Lewis' last year has a lot to do with it. 2 road victories in Denver and NE.

-Flacco has also looked superb, he hasn't thrown a pick yet in the playoffs.

That being said, I think the 1 week layoff was a big momentum killer for the Ravens.

The 49ers are bigger, stronger, and just better. It really is going to be a close game but I think the 49ers score a defensive TD and of course, my boy CK Colin Kapernick is going to be too dynamic to handle for the Ravens. It's something like his 12th NFL start and the dude is about to win the Super Bowl MVP. That's Tom Brady-esque circa 2001. Lets do it 49ers! (Even though I like John way more than Jim, obviously) 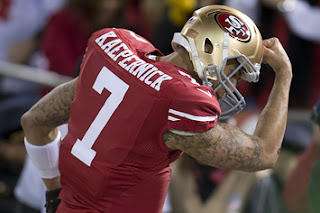