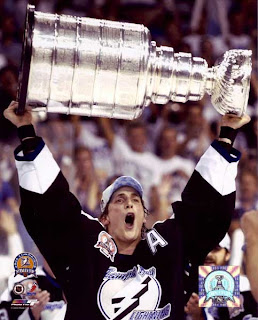 Ummm… Are the Bruins about to land Vincent Lecavalier?

Unless you are living under a rock, you know by now that Nathan Horton’s agent has informed Peter Chiarelli that his client wants to move on from the Bruins. Here is his exact quote:

"Nathan loved and appreciated his time in Boston, but he’s looking forward to the chance at a new beginning that’s been made available to him via free agency. This was his choice. This wasn't a monetary decision. This was the choice that Nathan thought was best for him."

As an advocate for re-signing Mr. Overtime, it's sad to hear these words. Sad and confusing, that it. What the hell does "a new beginning" mean? You don't like frequent stops at the NHL Finals?It can't be the reason he wanted out of Florida.... The Bruins sold out every single home game Horton ever played in. The only thing I can think about is that Horton wants to play at home in Canada, so I wouldn't be surprised to see him end up in Calgary.

Anyway, the positive from all of this is the Bruins can move on from worrying about re-signing Horton. Of course, now they have a hole in the RW spot on the Krejci-Lucic line. Interestingly enough some guy name Vincent Lecavalier was bought out by the Lightning a couple days ago which makes him a pending UFA. Per the new CBA he is permitted to speak to team before Free Agency opens on July 5th, and apparently Lecavalier has met with or has drawn interest from:

That's right, your hometown Bruins. Apparently Lecavalier is open to moving from Center to Wing, so he would have the chance to skate alongside Lucic and Krejci. Pretty awesome to think about. 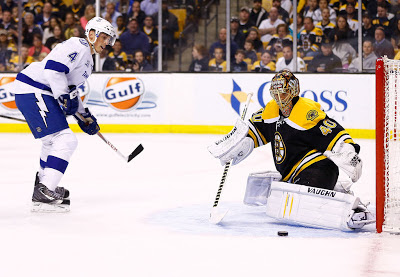 For those of you fringe NHL fans, let me breakdown who exactly Vinny Lecavalier is for you, bullet point style:

-Has spent entire career with the Lightning. Has been Captain most of his tenure.

-Scored the most goals in the league in 2007

-Has made the All Star team 4 times (that seems low)

-Played for Team Canada in the 2006 Winter Olympics


Basically this guy is a bonafide stud. You can pencil him in for 25 goals and 25 assists per year, at a minimum. A perfect complimentary piece. The past couple years when the Bruins played against the Lightning, it was Lecavalier, not Stamkos or St. Louis, who Chara would match up against.

His fight vs Jarome Iginla in the 2004 finals. The 2 stars going at it was priceless:


link to video for those who's phones suck- http://www.youtube.com/watch?v=YOko5sPS5IE

The second thing is how Vinny was received by the Montreal crowd at the All Star game in 2009. I was lucky enough to attend the event with my Godfather Joe. (not to be confused with THE Godfather, Abe)  This was in January right before the trade deadline and there were many rumors floating around about Lecavalier heading to Montreal. He is from the area and the crowd went CRAZY when he was introduced and anytime he touched the puck. I'm talking crazy. Like, they cheered for Lecavalier 10x louder than any of the actual Canadiens who were in the All Star game.

Needless to say, they never got a deal done. Vinny was a member of the lightning up until 3 days ago when he was bought out by Tampa Bay to clear up his $7.2 Million cap hit. This means the Lightning can use that money to spend on other players, but over the next 14 years Vinny will be receiving a total of $32 Million from the Lightning. To not play for them.

So, How much will Vinny get on the open market, and who will he likely end up with?

It is assumed within the hockey community Vinny will probably get a deal in the 5-6 mill per season range. He wants to sign long term, which probably means at least 4 years. That's a pretty large commitment to make, but a fairly safe one considering the caliber of the player.

The rumors are that if Lecavalier wants to play for Montreal, they will open the checkbook for him and match any offer. The reason why he isn't already signed with them is that Montreal sucks and because they are so critical about their players, some guys do not want to play there. Going from playing your entire career in Tampa to Montreal is night and day. Just completely opposite ends of the spectrum.

Assuming Vinny does the right thing and rules out Montreal, most people think he will end up in:

It is reported he would like to stay in the East, but Dallas may be the front runner. They can afford him easily, and its a similar market to where he plays now.

If he decides he wants to stay in the East and is picking between Philly (who amazingly enough need a 2nd line center) and Boston. I would HOPE Vinny uses his head and picks the Bruins! Signing superstars off the free agent market doesn't work out very often, but this feels different. If the Bruins can lock up Vinny for 5 mill a year, sign me up. I'd love to be able to watch this guy play on a nightly basis. 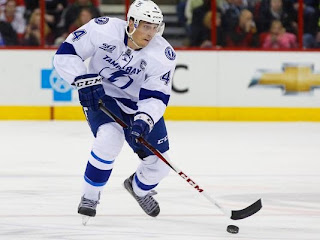