Here are some of the notable Free Agent signings (and trades) over the past week & how they may effect the Bruins: 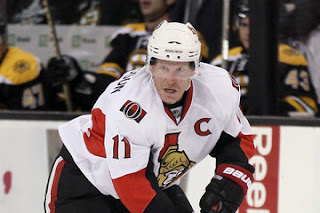 The long time captain of Ottawa had narrowed his list of teams down to Detroit, Boston and Ottawa. Ultimately he choose to go to the Red Wings, citing that he wanted a new challenge/ a new role on the team and he's tired of getting bounced in the 1st round every year and wants to win the Cup. The Senators are getting better but they aren't at Detroit's level yet. This move allows Detroit to put Zetterberg and Datsyuk together on a line, if they choose, which is death. Also, I don't think the full 5.5 Mill counts against the cap this year (similar to the Bruins deal with Iginla.) This obvious effects Boston because with the re-alignment, Alfredsson and his Red Wings are now in our Conference. Regular season and playoffs. That's probably a big part of why Daniel went to the Wings... he's already familiar with the opponents of his new team. This guy could be very dangerous next year. 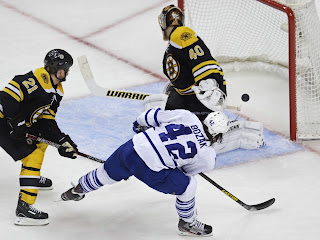 The Leafs realized they needed to re-sign Bozak because they were already thin at Center. Bozak worked well with Phil Kessel and it's clear this guy has some skill. However, it seems like Toronto paid a premium for this guy. 27 years old, been in the NHL for 3 years now, and he has never scored 20 goals or had 50 assists. Bozak is probably not going to last the full 5 years in Toronto but they have clearly invested a lot of their future in this guy. He seems more like a 3rd line Center instead of a top 2 Center like he is going to be asked to play... but time will tell. My bet is that this signing looks bad in 2-3 years from now. At least Kessel is probably happy with it, though even though. And its not worse than the next signing....

Clarkson was the one guy I knew would get overpaid by whatever team signed him.... I'm so happy it wasn't the Bruins, because their name kept coming up in Clarkson talk before he signed.  Think of David Clarkson as a lighter, more American version of Milan Lucic... a complimentary player with some grit who can also bury the puck in spurts. He's scored 30 goals in his last full season, but there is no way Clarkson is going to be worth the money the Leafs dished out for him. He's not a playmaker at all and this contract is going to look awful in 2-3 years. $5.25 Mill per year is stupid money for Clarkson. If you combine the Clarkson and Bozak deal and you basically have 3rd line guys getting paid 9.5 Mill between the two of them for the next 5 years. 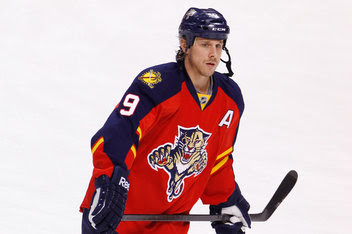 This may be my favorite signing this off season. Weiss has always been an intriguing player to me, mostly because he's been stuck on the Florida Panthers for 10 years but has always produced and always plays hard. The cap hit is more than reasonable, the player is hungry, and he is a perfect fit for the 2nd line Center spot on the Wings. He's going to be playing alongside a lot of skill and could really do some damage to the Bruins next year. A+ signing by the Wings. 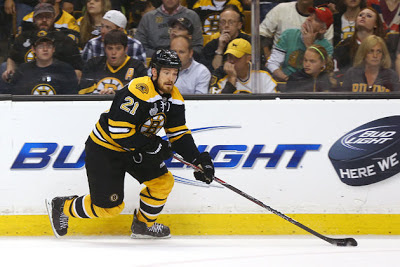 Of course it was sad to see Ference move on from Boston, but I'm happy with the spot he landed. Ference is a Alberta native and the Oilers are in desperate need of a top 4 defeseman + veteran leadership both on and off the ice. His cap hit is low... great job by Edmonton to lock down Ference who has played in 3 Cup Finals now and should be able to help this young team take the next step. 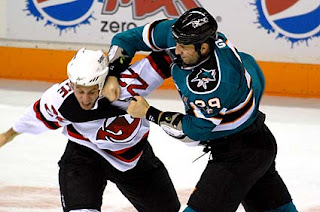 Another major over-payment by the Devils. After losing the Clarkson sweepstakes, the Devils overreacted and signed Clowe who gets hurt every year. Clowe was a disaster last season scoring just 3 goals in 40+ games and will be 37 years old at the end of this contract. Not good. 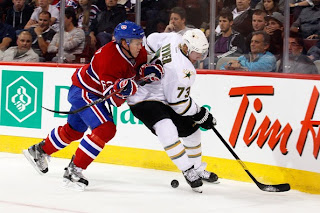 As much as I hate the Clowe signing,  I love this Ryder deal for the Devils. 2 year deal for a proven scorer who lights the lamp every other game? Yes please. Ryder signed a 2 year deal for $7 Mill when he first joined the Stars after winning the Cup in Boston,  now he gets the same deal with the Devils. There's a good chance Ryder ends up playing with Kovalchuk and if that happens, the Devils will have a dangerous top line. Ryder is the man. Refuses to stay with Montreal and I love it. 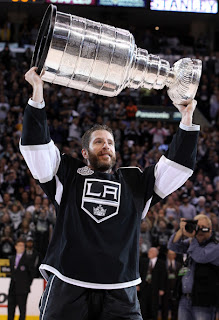 Fuckin Ray Shero. I don't know how the hell he managed to land Scuderi for this discounted price, but this was a great move. Scuderi won a cup in Pitt in 08, left for LA and won a cup there, and now he's back in Pittsurgh for more. Shero admitted he shouldn't have let Scuderi go in the first place, and he makes up for it here with a great deal for the Penguins. They need the help on D and Scuderi is as solid as they come. He brings close to nothing to the table offensively but he is basically a larger version of Andrew Ference. They are the same age and got very similar deals this past weekend. 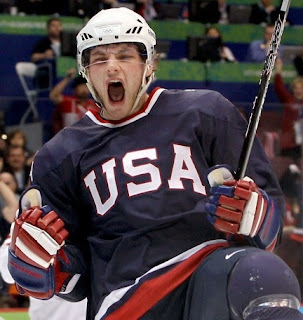 #BringBobbytoBoston is dead. Ryan is a stud and the Senators acted quickly to grab him once they lost Alfredsson to the Wings. Bobby Ryan will be deadly in the East (30+ goals), and as I tweeted out it will be fun to watch this guy up close and personal. One of my favorite USA hockey team members. In return for Ryan the Ducks got Noesen, Silfverberg, and a 1st round pick. Good deal for both teams 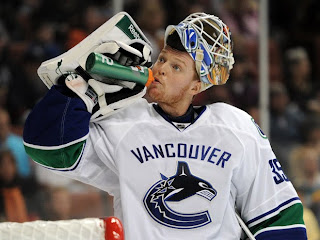 In a shocking draft day move, the Canucks dealt their young goalie away to the Devils in return for the #9 overall pick (they used to select Center Bo Horvat) Vancouver was forced to change their strategy after 2 years of trying to trade away Luongo and his shitty contract. It never happened and this is the result. Schneider is a top 10 goalie in the league with monster potential. He'll have to split time with Brodeur for at least 1 season but the goaltending torch has been passed in New Jersey. 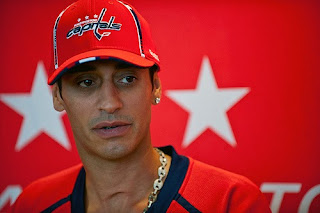 Over-payment. Ribeiro is old and no longer a 20 goal scorer. At least the Coyotes are making moves and trying to stay relevant. This isn't the direction I would have gone, though. Ribeiro is now the 2nd highest paid player on the team. Puke city. Gross picture too. HATE the way this guy looks. 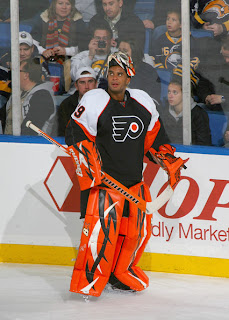 Flyers sign a goalie. Shocker. Actually, to be fair, this time the signing makes sense so I suppose I can refrain from making fun of Philly this one time. They are up against the cap pretty tight and the current goalie, Steve Mason, isn't exactly the best in the league. Emery is a good fit for the Flyers and will hope to have more success during his 2nd Flyers tenure. 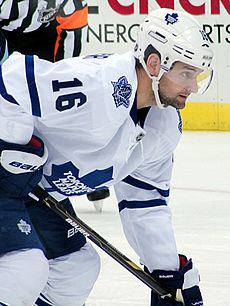 Solid signing here by Ottawa. McArthur is a solid forward who should be able to score 20-25 goals playing with Bobby Ryan. He's nothing special, but neither is 3.25 Mill per year. 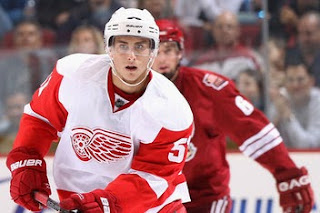 Tampa Bay needed a replacement for Lecavalier and they found one in Filppula. Curious move here though... I have always liked the way Filppula has played, but 5 years at 5 each seems like an over payment. His best season was 2011-12 when he scored 23 goals with 43 assists and 66 points total. Not sure exactly what Stevie Y was thinking here, but he knows Valtteri through his ties in Detroit so maybe he knows something the rest of us don't. Filppula is 29 and theoretically past his prime so this has the chance to be a horrible, horrible signing. 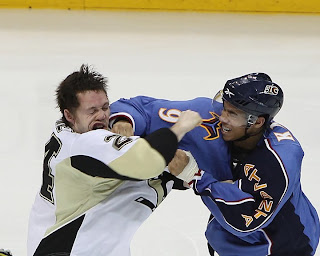 I saved the worst for last. Cooke is a deuche and got 3 years and 7.5 Mill too much from the Wild. At least he's out of the Bruins conference now.