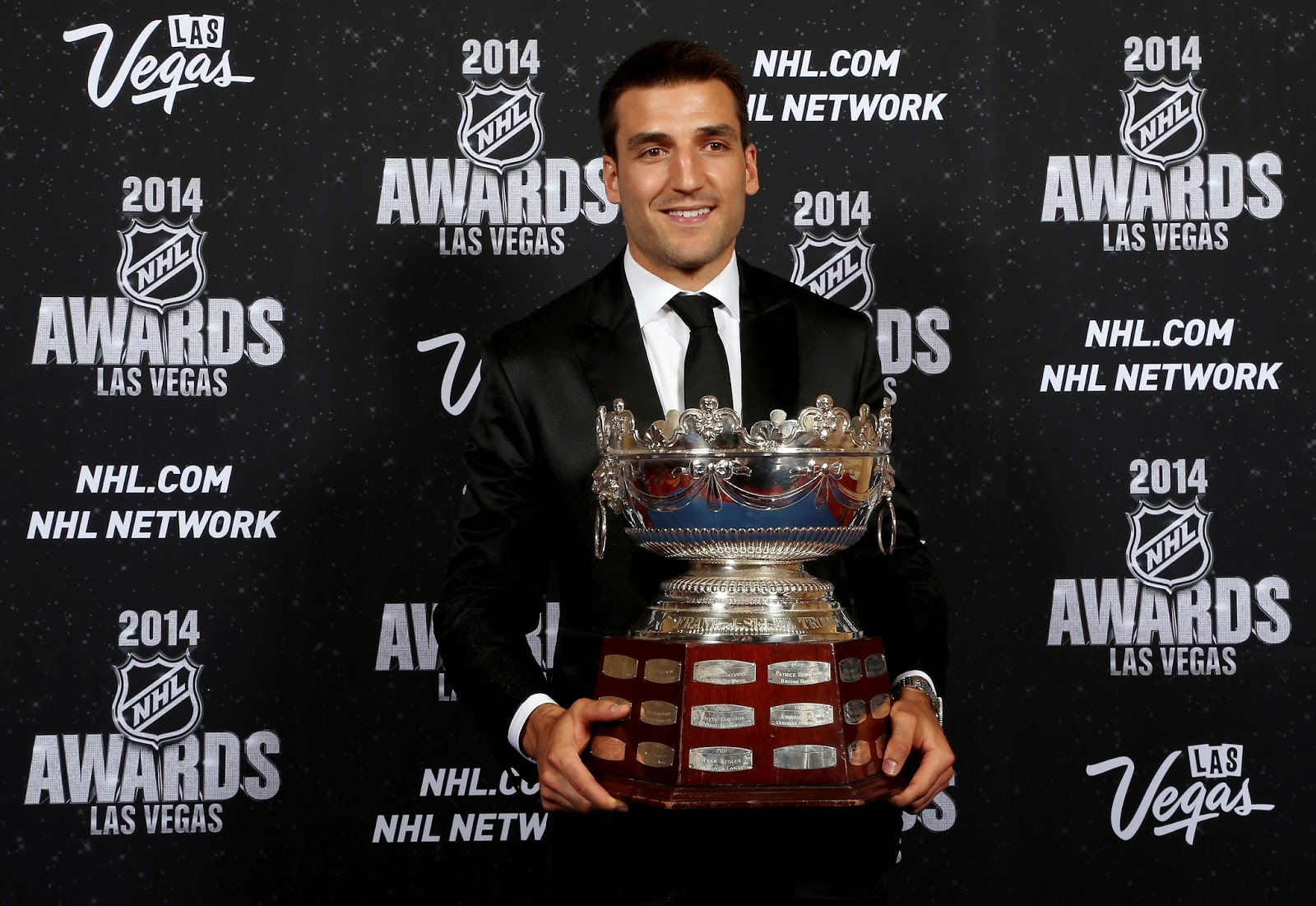 Stud City. Bergy's 2nd time winning this award (2012) AND he won by a large margin. 112 out of the 137 first place votes went to Patrice. Anze Kopitar finished a distant second and Jonathan Toews finished 3rd. It's very refreshing to see these results. I'm happy people are recognizing Bergy's value, he doesn't score like those other two but this award, like Barry Melrose and Kevin Weekes alluded to last night, is now given to the best overall forward in the game. (Editors note: After publishing this, I actually noticed that Bergeron led this group in goals this year, which is kind of shocking. Point totals: Bergy (30G, 32A) Kopitar (29G, 41A) Toews (28G, 40A))  The nominees from the past 3 years:

Is that good?  Anyway Bergy won again this year for many reasons. He finished with the 3rd best faceoff percentage in the league. Reached the 30 goal/30 assist plateau. He was 2nd in the league with a +38. And according to CORSI he was the #1 forward in the league this year.


Bergeron also beat out PK Subban to be on the Cover of NHL15!!! So awesome. Suck it Montreal. 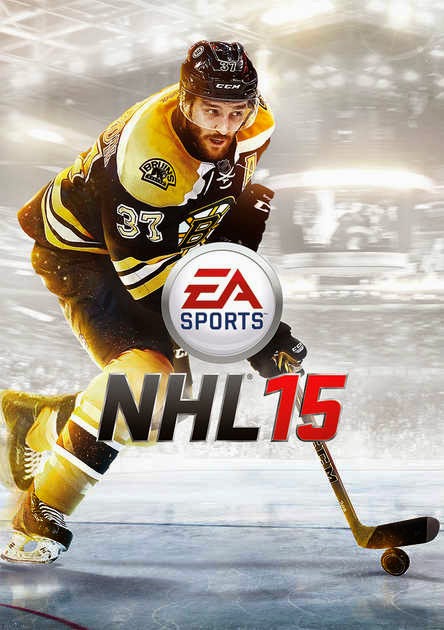 Lastly, his 3rd win of the night, Bergeron also took home the NHL Foundation Award, which is given to the player "who applies the core values of (ice) hockey commitment, perseverance and teamwork to enrich the lives of people in his community." 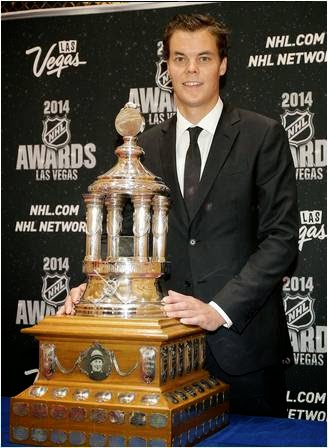 Rask won his first Vezina last night, in a close race with Avalanche goalie Semyon Varlamov. This award is extra special because it is voted on by the GM's across the NHL.  Tuukka finished with 16 out of a possible 30 first-place votes and 113 voting points. Varlamov had eight first-place votes and 90 points. Rask won this award because he  allowed two or fewer goals in 37 of 58 starts and was first in the NHL in shutouts (seven), second in save percentage (.930), fourth in goals-against average (2.04) and fifth in wins.

Well deserved, pretty unbelievable that all it takes is a healthy season from Crosby for his 2nd MVP. He had 17 points more than the next player this year (104 for Crosby, 87 for Getzlaf) which means he won another Art Ross trophy.  Crosby also won the Ted Lindsay Award which is the MVP as voted on by the players. He beat out Getzlaf and Giroux for both awards. 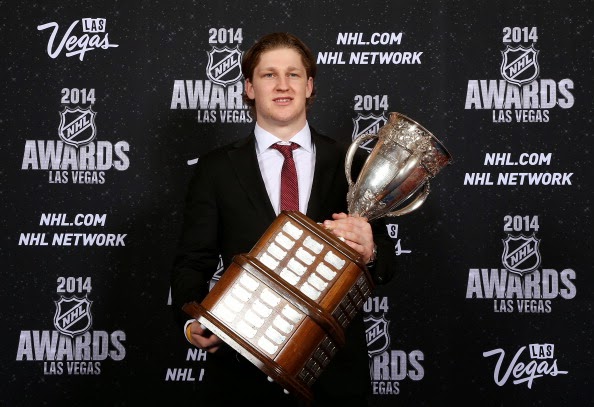 Colorado Avalanche City. Add in the fact that Varlamov almost stole the Vezina and you have one of the night's biggest winners, the Avalanche. PS- O'Reilly played in 80 games and only had one minor penalty called on him all year. It was for playing with a broken stick, not even a real penalty. You would think anyone who never takes penalties isn't that great, whether it's from limited ice time or just playing timid. However, this year O'Reilly led the Avalanche with a career-best 28 goals and was first in the NHL with 83 takeaways. O'Reilly finsihed with 110 of 131 first-place votes and 1,181 voting points crushing annual favorite Martin St. Louis.

Chara came in a distant 2nd in the voting for this, as expected. You know you are good when you have a mediocre year and you're still a Norris candidate.