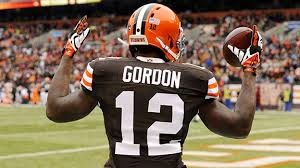 I love Josh Gordon. Let's just get that out there. Admittedly, it's mostly because I own in him in keeper fantasy football league... but still... I owned him before his monster breakout last season. I actually traded FOR Gordon last off-season... Thank you Marty El. Also, interesting side note, I played in 5 fantasy football leagues last year. I owned Gordon in 4 out of the 5 and the ONLY league I DIDN'T own Gordon, I won. I didn't win any of the other leagues. Wild.

Before I jump into a timeline of event's with my favorite non-Patriots NFL player, lets take a look back at his INCREDIBLE 2013 season. Remember, he was suspended for the first 2 games of the year. 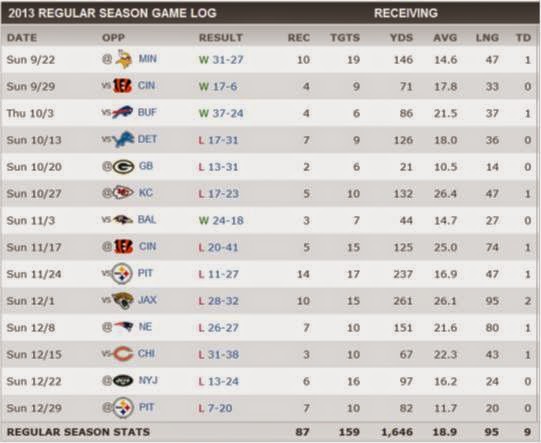 Unreal season. Anyway, you live under a rock if you don't know what's going on with Gordon. Here is a brief timeline of events:

Josh Gordon, from Texas, commits to playing his college ball at Baylor. He made 1 single catch his freshman year (2009). 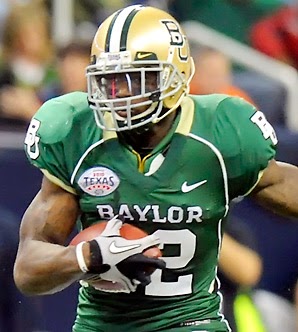 Josh Gordon and a teammate were arrested after falling asleep in the drive through at a Taco Bell after cops found some weed in the car. Gordon was not driving but his teammate who was, was kicked off the team. Gordon finishes the 2010 season with 42 catches, 714 yards, and 7 TDs

Gordon is suspended indefinitely from the team after a failed marijuana test. This is what he said about it afterward. "It was due to a failed marijuana test, it was against school policy, of course, and I was (suspended) in the summer. I’ve definitely put that part of my life behind me. I don’t plan to ever go back there. It was a difficult time, but I learned from it, and I’ve moved on.”

Gordon transfers to Utah. By rule, he isn't allowed to play the 2011 season for switching teams. Josh Gordon never actually played one game for Utah, instead he decided to enter the 2012 Supplemental NFL draft.

The Cleveland Browns select Gordon in the supplemental draft, sacrificing a 2013 second-round draft pick to select Gordon in Round 2. On July 16, Gordon signs a four-year, $5.3 million deal with the Browns.

Josh Gordon's breakout. He scored a TD in 3 out of 4 games in October for the Browns, officially putting him on the map for everyone who wasn't aware of who he was until this month. His final stat line for the 2012 season was 50 receptions, 805 yards, 5 TDs. 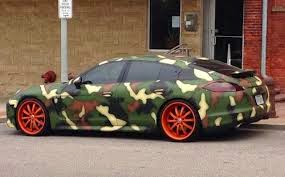 Josh Gordon gets pulled over in Cleveland for going 45 mph in a 35 mph zone. Why he has a car that looks like this is beyond me... dude, you'e BEGGING to be pulled over in this.

Gordon gets suspended without pay for the first two games of the 2013 NFL season for violating the NFL's substance abuse policy. In addition to the two-game suspension, he was docked four game checks- totaling $148,894. Gordon said in a statement that he used cough medicine containing codeine -- a banned substance -- while recovering from strep throat in February. The league could have given him a four-game suspension. "The policy terms are strict about unintentional ingestion, but the NFL has not imposed the maximum punishment in light of the facts of my case," Gordon said. "Therefore, I have chosen to be immediately accountable for the situation. I sincerely apologize for the impact on my team, coaches, and Browns fans."

Josh Gordon gets pulled over for going 98 mph in a 60 mph zone. Again, the car, you're asking for it.

Josh Gordon confirms that he "thinks" he will be suspended a full year if he abuses the substance policy again. 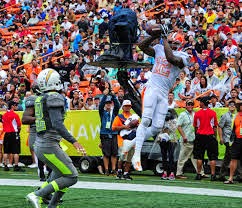 Josh Gordon is named to the Pro Bowl after leading the NFL in receiving.  87 catches, 1,646 yards, 9 TDs.  His QB(s) during this magical season? Brian Hoyer, Brandon Weeden, Jason Campbell.

Just 24 hours after the NFL draft, it is reported that Gordon has tested positive for Marijuana earlier in the off-season. Believed to be in "Stage 3" of the NFL substance program (they don't publicize this info), Gordon is slapped with a 16 game/year long suspension. Also, on Memeorial Day weekend, he was again stopped for speeding. The cop smelled weed in the car and Gordon's "friend" was charged with possession. Gordon was not. However, Gordon did get arrested for a DUI after blowing a .09

Josh Gordon's appeal to the suspension lasts over 15 hours stretching over 2 days. 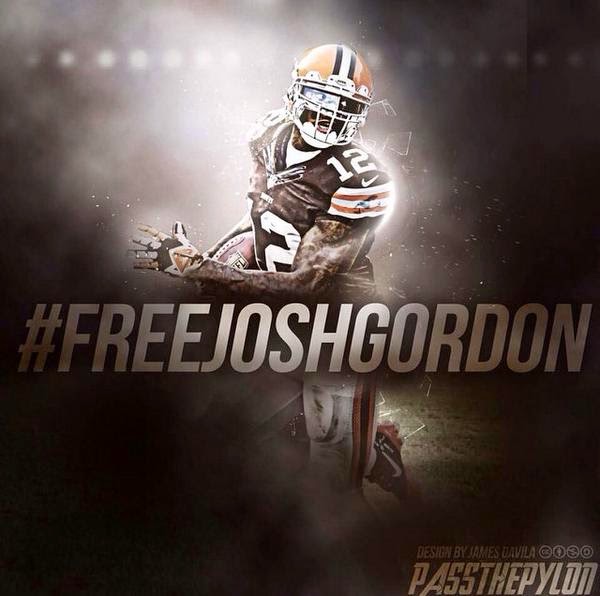 That's where we are at. Waiting to see if the appeal will be reduced or lifted, even though by letter of the law it cannot be reduced. Since the appeal started, a few bits of info have been leaked. It's been reported that Gordon has passed over 70 drug tests in the past 20 months. It was also released that his drug sample that tested positive was SO FAINT that had his 2 samples been switched, he would have passed the test. This faint trace has allowed Gordon and his legal team to pursue a defense that includes "Second Hand Smoke" as the reason for the failed drug test.

Here's the rub:  The NFL has crazy out-dated marijuana laws, which are severe. Normally this probably wouldn't be an issue but the PR problem the NFL is dealing with magnifies the problem with the NFL's stance on off the field issues. 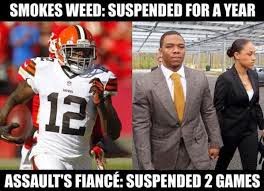 Ray Rice was given a 2 game suspension after "video evidence" that he assaulted his fiance. People were/are OUTRAGED that someone who smokes weed can be banned for a year but someone who beats up a chick gets 2 games. Just doesn't make sense. Also, Colts owner Jim Irsay, was pulled over this off-season under the influence and in possession of about a million pills and hundreds of thousands of dollars in cash. The NFL has set to extend a penalty to Irsay for his conduct, although there is a rumor he will be "suspended" for 6 games, whatever that means for an owner.

Here's the problem. Josh Gordon's punishment has been collectively bargained by the NFL and NFLPA. It’s clearly stated in the (outdated) rules of the CBA what his penalties should be….. a year-long suspension. But people like me- and all Browns fans- are holding out hope that logic & common sense wins out and the NFL does the right thing by suspending Gordon for 8 games, not 16.

Anyway, you gotta figure the longer the wait on the appeal decision, the better the outlook for Josh Gordon. Let's all hope he only gets suspended for 8 games.

Also, since I know you're all wondering, here is what Josh Gordon's back looks like: