That’s right…. Next Thursday night the world will be watching the Green Bay Packers play @ the defending world champ Seattle Seahawks. First off, GREAT choice by the NFL here. 2 years ago when the Packers played in Seattle, we were all witness to the Fail Mary aka the last call the “replacement refs” ever made. Great game to open the season with.

Here are 5 other NFL thoughts:


Sad, sad news. I wrote about #FreeingJoshGordon in the past. I was holding out hope for almost a month that the lengthy delay in this decision would mean a greater chance of Gordon seeing the field in 2014. Apparently that isn't the case.

AND, even though he lost his appeal, it looks like suing the NFL to get an injunction to play is not an option. 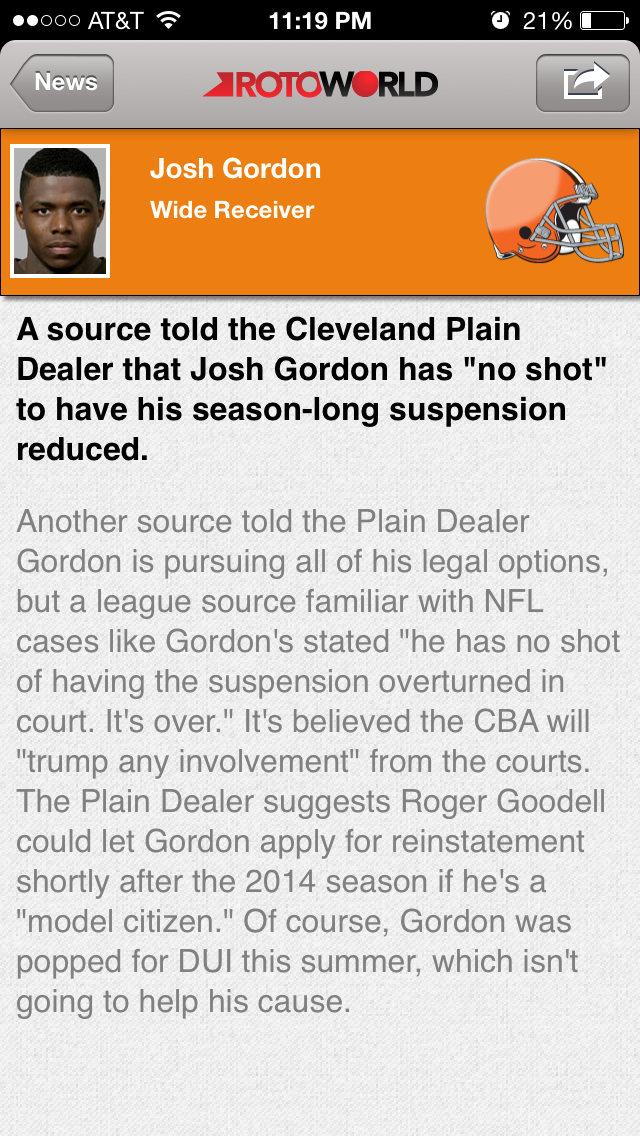 The ONLY silver lining here is that Gordon may get reinstated in January once the Browns season is over. If he stays clean until then, he should be good to go. Either way, it's a sad day in American Sports when Josh Gordon, the league's best WR last year, can't play football in 2014.

This stemmed from a fantasy football argument I had with Jeremy. I said I liked Aaron Rodgers over Drew Brees this year and cited Brees' inconsistency on the road as a reason why. Let's look at Brees' splits last year.

He played 8 games at home and 8 on the road. We'll look at regular season only so the two data sets can be compared equally. In those road games, to break down the 131 points he scored:

That's nothing crazy to write home about. It's solid... but certainly there are too many average or below average weeks in here to pick this guy as my #1 QB.

The one caveat here is that his 2014 schedule includes 2 road games at Dallas and at Detroit, both which are indoors and he should perform better than he usually does on the road. Still, the week 13 match up @ Pitt and ESPECIALLY the week 15 match up @ Chicago scare me.

3. The Patriots should sit Gronk 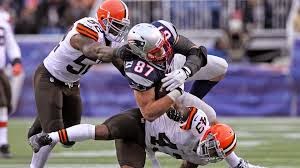 Raise your hand if you're a Patriots fan. Now keep it up if you are sick of losing in the playoffs and you'd like to actually win a Super Bowl this decade.

I expect everyone to have their hand up. The Patriots success over the past 5 years has been rather annoying.... sure every year we destroy the division and make the playoffs... but that clearly isn't enough. We need Super Bowl wins, not regualr season wins.

That's why the Patriots should bench Rob Gronkowski until AT LEAST week 14. Why wouldn't they? Everyone knows the Pats don't need Gronk to make the playoffs, but we most definitely DO need Gronk if we want to win the Super Bowl.

He plays way too hard to stay healthy for a full season. Is it possible? Maybe. But why risk it? We're talking about a guy who is COMING OFF ACL/MCL surgery in December. Why are we even discussing his week 1 status????? Do we really need him against the Dolphins? Absurd. Last year, after sitting out the first third of the season, he stayed healthy for a handful of games before re-injury and concussion city.

When he is playing healthy, Gronk is a hall of fame talent and the most unstoppable Red Zone player in the league.... So why not save that guy for the playoffs? Hold him out of the majority of the regular season. It's the right move if the Pats want to win the Super Bowl instead of just piling up more regular season wins.

4. If you have the #1 overall pick in your fantasy draft, select AP 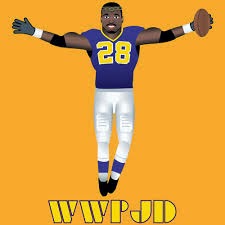 Sure, AP only managed 77 rushing yards in his college career finale (Loss to Boise State), but that shouldn't weigh on your decision to take AP #1 overall in your drafts this year. Afterall, over the past 7 years AP has really grown as a player.

I expect 2014 to be AP's best year ever. The guy is a freak, it doesn't bother me that he is an older Rb (29). And he should definitely be the first player off boards in fantasy this year. Sure, McCoy or Charles could possibly score more than AP, but neither is as safe as AP. Peterson is a LOCK for at least 1,200 yards and 10 TDs. He has an easy schedule. His Offensive Line is among the best in the league. The offense overall is improved. He doesn't split carries. He get's all the goal line touches. His new coach, Norv Turner, loves his RBs to catch the ball out of the backfield... remember Ladanian Tomlinson? Yea, Norv fed him the ball like crazy and he was a fantasy beast. I expect AP to set a new career high in all receiving stats... in fact, here is my overall estimates for AP in 2014:

Let's compare that to what the #1 RB from last year, Jamaal Charles did.

Pretty close, with the slight edge to Charles, who scored a LOT of TDs last year.

Anyway, AP is in for a historic season. I would feel comfortable taking him #1 in any standard or PPR re-draft league.

Hmmmmmm Super Bowl Prediction. Let's see. In the NFC, it's awfully hard NOT to pick one of the 2 NFC West powerhouses, SF and Seattle. I think when the dust settles I would have to pick the Seahawks and that is simply based on the fact that I don't know where the game is being played. One thing I do know is the Seahawks ain't losing at home in the playoffs. Not going to happen.... so for the 49ers or Packers or Saints or whoever wants to beat them, you sure as hell better make sure that game isn't on the road. Fun fact: the Seahawks are 17-1 over the past two seasons at home. I could see SF ousting the champs if the game is in San Fran, but again that is too hard to predict and I actually think the SF defense takes a small step backwards this year, so the Seahawks are the pick out of the NFC.

I would imagine one of the Broncos, Patriots, and Colts are going to the Super Bowl. The Steelers, Ravens, and Bengals could all make noise, but really, it comes down to the 3 best QBs in the AFC and their teams 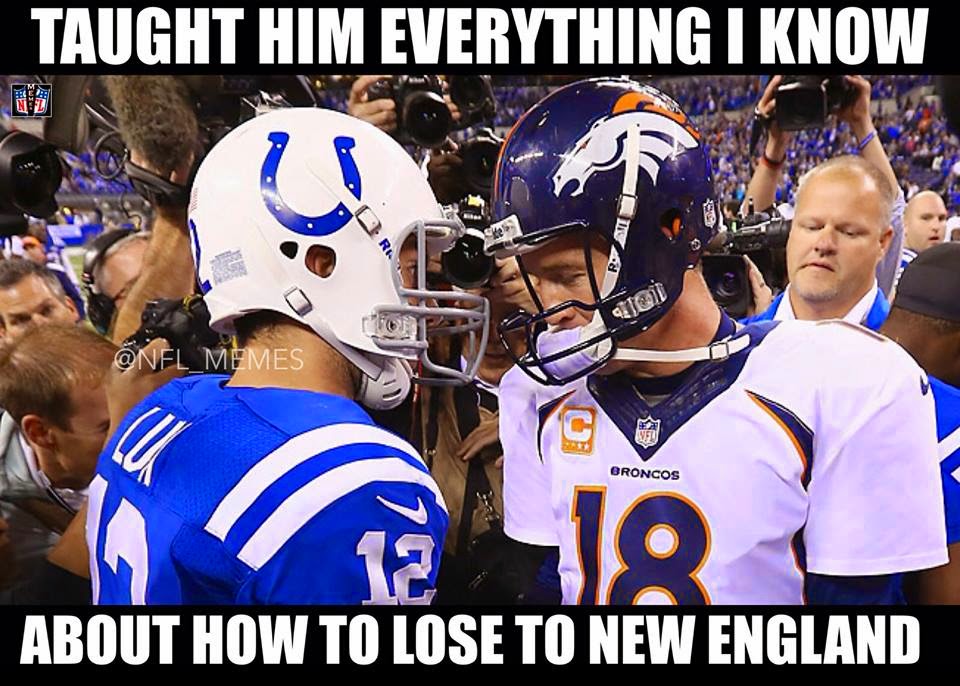 Peyton Manning and the Broncos were embarrassed in the Super Bowl last year. For anyone who forgot, they lost to the Seahawks 43-8. The "best offense of all time" was held to basically nothing.

Andrew Luck and the Colts were ousted by the Pats in the 2nd round last year. The defense wasn't near good enough, but Andrew Luck is clearly a budding superstar. I could see the Colts stealing a playoff game and making the Super Bowl.

And then there is the Pats. Brady doesn't look like hes aging, and the team made massive upgrade on the defensive side of the ball. Some guy named Revis. Is he good? Fact is the past couple years the Pats have been exposed in the secondary, esp when Talib left for injury both of the past 2 years.

I'm picking the Pats to win the AFC. It's time they get back to the Super Bowl. I think the defensive improvements are enough to hold off Luck/Peyton and, if GRONK is healthy... I'm picking the Patriots to beat the Seahawks Super Bowl 49 in Phoenix, the same site they lost in 2008 to the Giants. 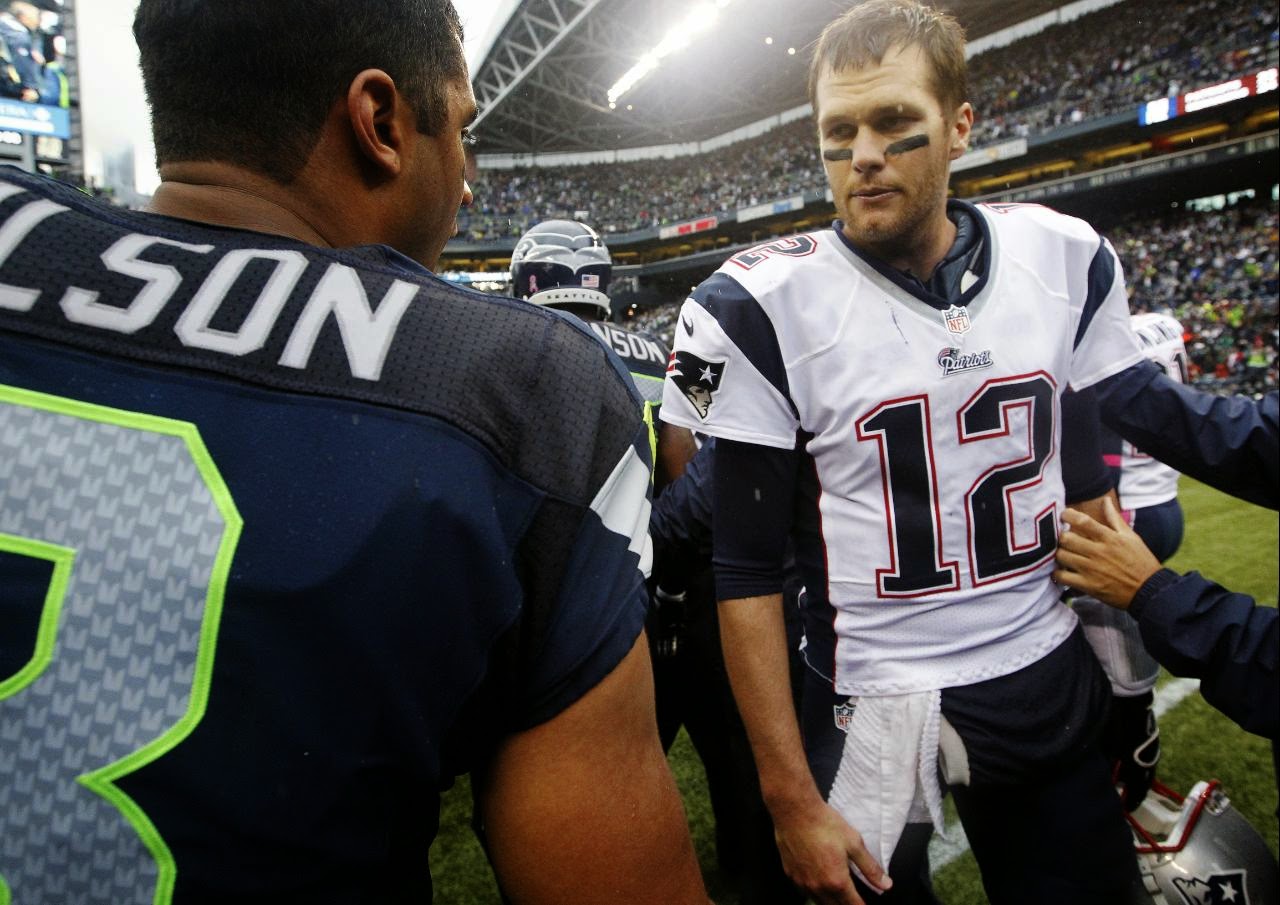