I haven't posted anything about the Dirty D in a while... but we are down to the final 4: 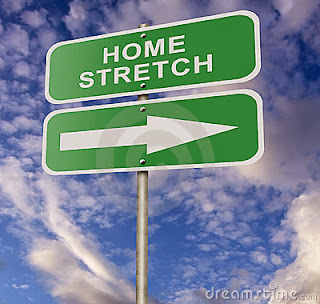 The last time I posted here my team was in great shape. Injury free, except for Aaron Rodgers- who I traded fro AFTER his injury. However, as we all know... Rodgers isn't back yet. He ain't coming back. This injury is my worst nightmare... not only do I need to replace my elite QB, but this also drains the value of Jordy Nelson and even Eddie Lacy. Rough city.

Jordy Since Flynn took over at QB:

This past week I also lost Wes Welker to a concussion. Thankfully this was after he contributed 17 points, but on a short week vs SD, he's been ruled out for tonight's game. Too bad, juicy matchup.

Another problem I have this week: Victor Cruz is playing vs Seattle. They give up the fewest points to opposing fantasy WRs. I feel like I cant trust Cruz. I don't want to play him. His past few weeks:

SOOOOO in the final stages of 2013 I'm being forced to make some tough decisions. I picked up Rod Streater and I'm pretty sure I am going to play him over Cruz. 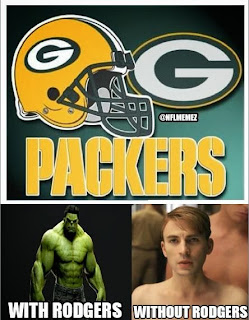 Last week Eddie Lacy had a minor injury before halftime, an ankle issue. He came back in and finished the game but now he's being held out of practice and his Week 15 status is in doubt. THANK GOD I was able to pick up James Starks off the waiver... I'm basically guaranteed to have the Green Bay starting RB in my lineup this week, just not sure if it is going to be Lacy or Starks.

Another player I picked up this week was Jordan Todman. He is the speedy back up to MJD... who pulled his hammy at the end of last weeks game. Todman was already getting touches, but if MJD sits out Ill most definitely be playing Todman out of my flex... I'm very much rooting for this to happen.

As far as a QB replacement for Rodgers goes, Ill be turning to yet another new face. QBBC for the win baby!

Since I traded away Drew Brees (LOL, hurts to type) here is what my QB spot has produced-

So Yes, last week was a nice breath of fresh air for me at QB. This week I think I am going to roll with Ryan Tannehill, facing YOUR New England Patriots.

Tannehill has been good. He hasn't scored under 14 fantasy points since Week 8. The past 3 weeks he's scored 19-23-23 points. He's getting rushing yards and now faces a NE defense who gave up 31 points to Jason Campbell last week. He should be good for a minimum of 15 points.

So, without further adieu, here is my potential lineup for this semi final matchup:


Yikes. Not the ideal lineup like I'm used to, but we'll see if I can get it done and advance to the ship to defend the D!!!


My predictions for the Semi's:

So I guess my official prediction is Eat More Chicken vs The Crossing Guards in the Championship. Obviously let's hope I'm wrong!!!