Robinson Cano: Now one of my favorite players in MLB 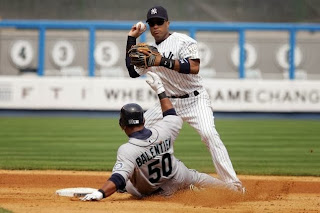 Robbie Cano...  just today signed a 10 year deal worth $240 Million with the Seattle Mariners. Here are my thoughts on this signing in bullet point form:

-It's AWESOME to see the Yankees lose out on a free agent, especially when he was originally one of theirs.

-Their reported best offer was 7 years for 175 Mill. Also, there's no income tax in Washington so.... Cano is making a TON more for the Mariners than he would have for the Yankees. They reportedly told Cano they wouldn't go north of 200.

- Please someone tell me how the Yankees are going to justify to this to their fan base? What is their response going to be when people ask why they didn't re sign him? They CANT say it was too much of an investment.. we all know that's a lie. They just gave out 150M to Jacoby Ellsbury... and Cano is much, MUCH more valuable than Ellsbury. Idiots.

-People who say Cano sold out and left for the money... well they are correct. He did. But he's also changing gears in his career. He's going to put an entire franchise on his back. He's a leader and the guy the Mariners will build around. The face of a franchise for the next decade. This is a lot of responsibility.

-Mariners are likely to sign David Price too, now that they are "all in."  Finna be my 2nd favorite team again.

-I remember drafting Cano to my AL Only fantasy baseball team in his rookie season. I liked him a lot back then despite being a Yankee. I've always liked him. He's a stud. and a future HOF'er.

-There's now a major hole in the Yankees lineup and at 2nd base.

-So much for the mistake of hiring Jay Z as his agent. Deal got done so it looks smart again.

PS...  World Championships in the past 10 years: 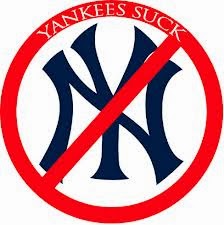