Click Here for the 7th player award blog from 2013

This year, there are a handful of deserving candidates for the Bruins 7th player award. The past 2 seasons this award was basically a popularity contest- Seguin won in 2012 and Hamilton won last year- but this year it looks like we will get a deserving winner.

Let’s make the case for each guy I think has a shot. 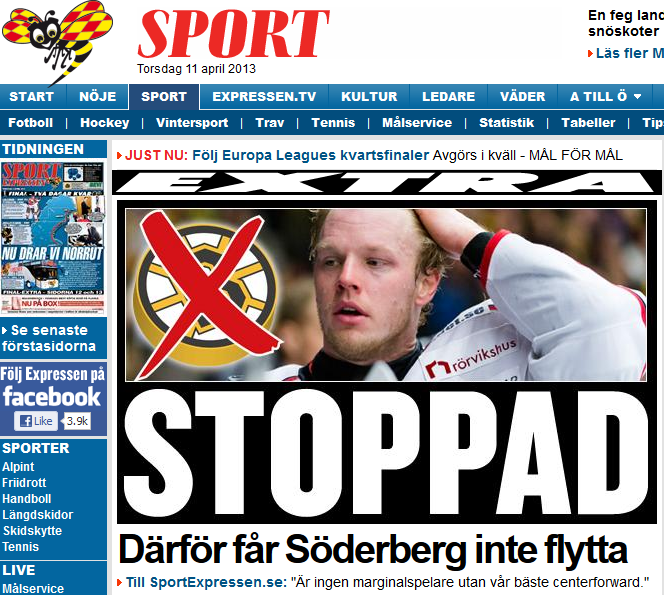 Carl Soderberg played his first game as a Bruin on April 20th of last year.  Since then, he has steadily improved and adapted his game to the NHL style of play. Although Soderberg came to Boston with some fanfare- he led the Swedish Elite league in scoring last season- no one really expected him to be the force he currently is for the Bruins. His “wreckless” style of play has led to the creation of opportunities galore for his linemates. Game after game you see #34 taking the puck hard to the net, or fore-checking like a mad man.

As you can see Soderberg has really come on as of late. I also think Soderberg makes significant contributions that don’t show up on the scoresheet. Anyway, it’s doubtful that Soderberg takes home the hardware, but he’s outperformed my expectations and I look forward to seeing his game progress into the playoffs. 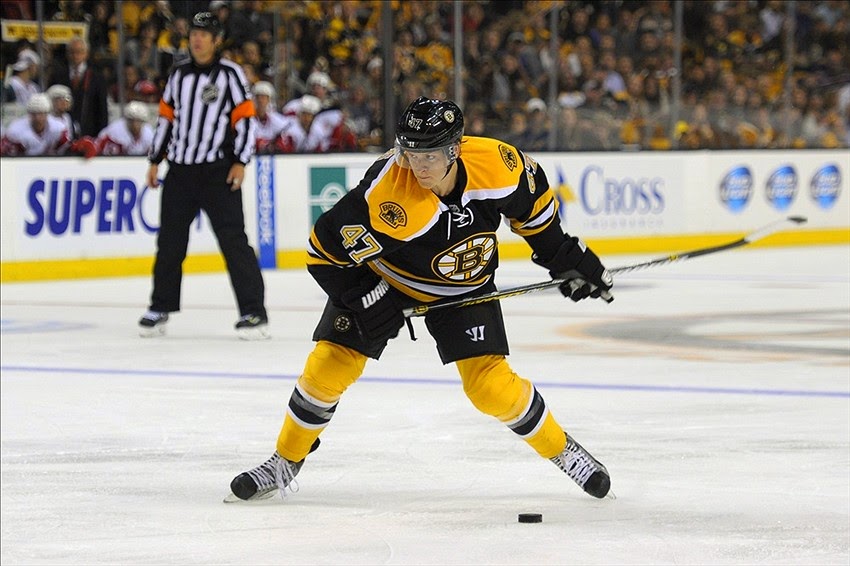 Torey Krug is one of those guys who made his debut in the Spring, but didn’t play enough games and still qualifies as a rookie the following season. So, technically, this is Krug’s rookie year. We all knew that Krug had scoring ability, but this year he has proved it is “real.” Krug currently has the franchise record for most goals by a rookie defenseman. He recently passed some guy named Ray Bourque. He leads all rookie D men in goals, assists, and points. His major contribution has been on the historically abysmal PowerPlay, which is huge news. His 18 Powerplay points is first on the team. By playing effectively on the point, Krug has allowed the coaching staff to explore the idea of using Chara in front of the net, which has produced big results. As far as going above and beyond expectations… well I don’t think anyone can honestly say they expected Krug to be so impactful right away, but at the same time when you score every game in the playoffs, people sort of expect you to be good. I don’t think Krug can win the 7th player of the year award, although because its more of a popularity award than anything else, he has a shot. 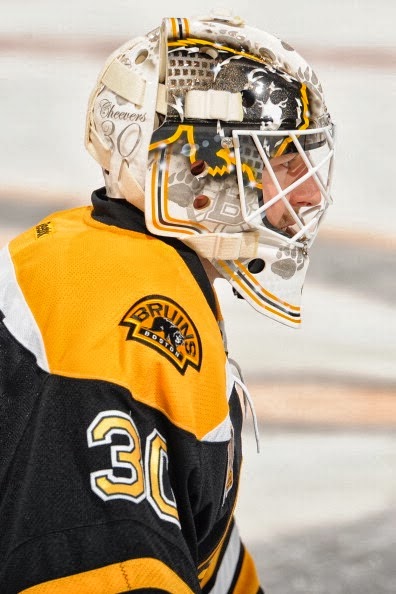 Chad Johnson. For the second year in a row I am making a case for our back-up goalie to win this award. I know it seems strange, but Chad Johnson has been unbelievable for the Bruins this year. Side by side look, this season:

Plain and simple Johnson has been almost as good as Rask, which is the best you can ask for from your back-up goalie. He’s won 15 out of 19 games he has started? That’s unreal. I know the team is good in front of him but still… he’s been a rock for this team and gone much further above and beyond what you expect from your back up goalie. 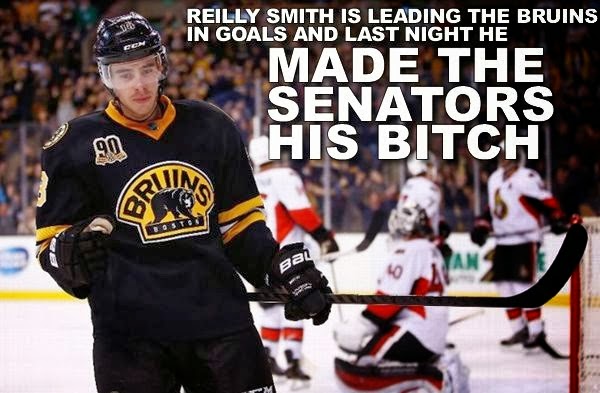 Reilly Smith- If the voting took place a month ago, Reilly Smith wins this award in a landslide. However, due to a long cold streak, Smith has left the door open for another teammate to steal the award. Ultimately, if I had to bet, I would still go with Smith as the winner in 2014. Acquired alongside Loui Eriksson in the Seguin trade, Reilly Smith surprised everyone right away in October. In 6 of his first 8 games he recorded a point, and when Eriksson went down with a head injury, Smith got the nod to fill in on the Bergeron-Marchand. Boy was that a GREAT call by Claude. Over a span of 40 games In November, December, and January- about half a season- Smith put up an impressive 17 goals, 17 assists, +7. He was the Bruins #1 scoring threat during these months and scored 5 of those goals on the PowerPlay. Then the calendar turned to February. With just 1 goal and 6 assists over his next17 games, Smith cooled down substantially. The good thing, though, is even with the scoring drought, Smith still played sound, smart hockey to a tune of +8. Playing with guys like Marchand and Bergeron allow a player to slump a bit as long as they remain responsible in the defensive zone. I didn’t hear any traction on rumors that Claude would demote Smith, even with a surging Soderberg in the bottom 6. When he was acquired, NO ONE expected Smith to be a significant contributor in the top 6. Here is exactly what I said about Smith when we traded for him in July:


Nothing. Nothing at all. Here is the blog where I broke down the Seguin trade and I didn't even mention Smith. So that's how you win the 7th player award... you're literally expected to do nothing and you come out and score 20 goals. Anyway, Smith is the likely winner of this year’s 7th Man Award, and FINALLY this year it seems like we will have a deserving winner.