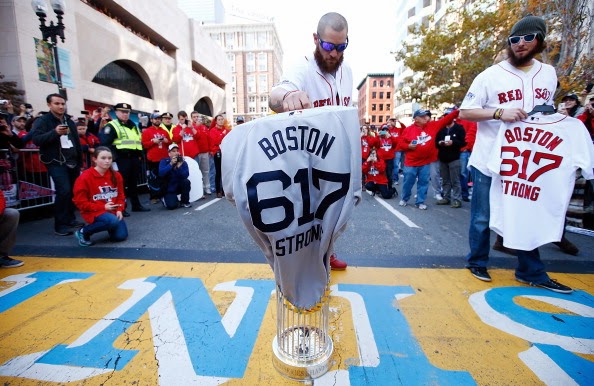 In the wake of last week's Bruins game vs the Blackhawks, I've decided it's about time I fully and thoroughly explain what a "God Game" is. My friends and I, namely Jeremy and Wilson, have been recognizing "God Games" since our college days. Now I am sure we are not the first people to talk about this dynamic in Sport, but I bring this term up to a lot of people and no one ever really gets it.

What is a "God Game"? Well first off- it has nothing to do with religion or anything controversial. So don't get offended from this. If you're looking to discuss religion or the existence/presence of God, you're in the wrong place. Byeeeeee.

Secondly, a "God Game" is when a team or player plays a game or season directly after or during a tragedy to either a member of it's family, organization, community, or city/region the team plays in.

For example, here is Boston, we had a "God Game" situation last week. Unless you live under a rock you know about the Fire Tragedy in Boston from Wednesday 3/26/14- Two of Boston's brave firefighters lost their lives in Back Bay while fighting a 9 alarm fire. Well the Bruins all came out the next night in BFD gear for warm ups: 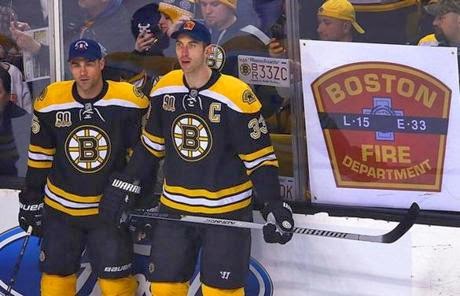 The Ladder that lost the 2 heroes presented the colors on the ice before the national anthem: 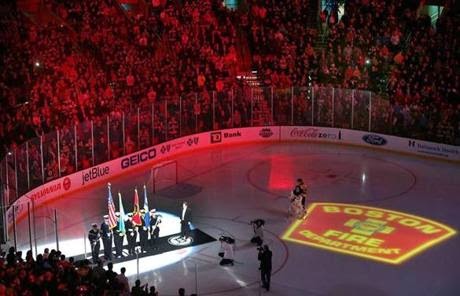 The BFD had a presence in the Bruins lockerroom:

The Bruins won the game handily 3-0. The first star of the game was "Boston Fire Department" Prime example of a God Game. 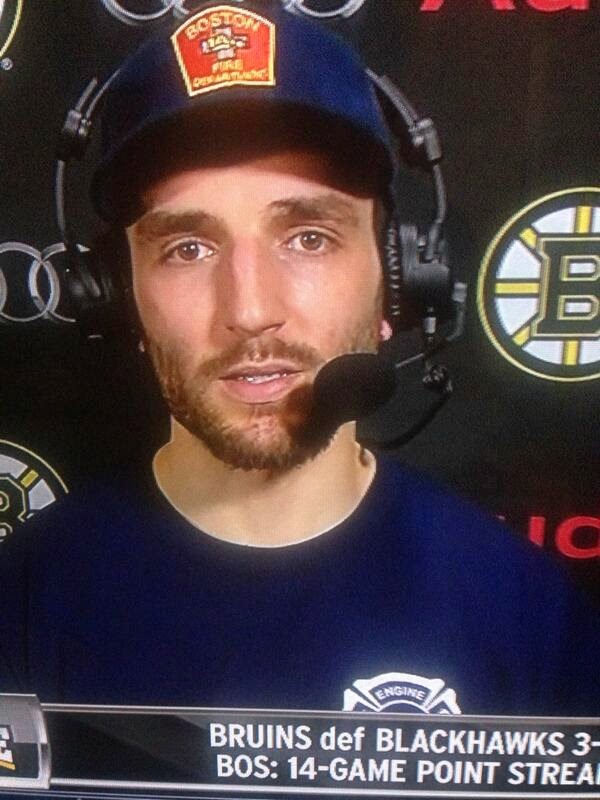 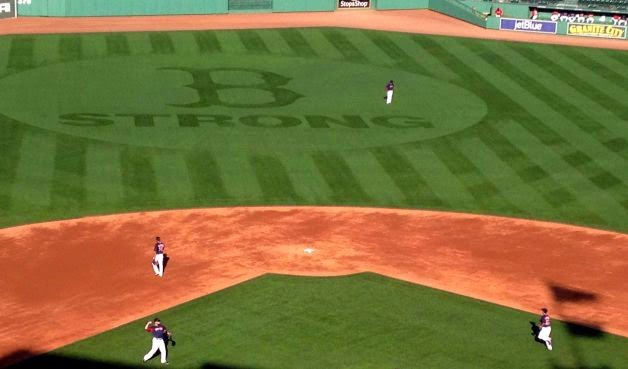 The 2013 Boston Red Sox won the World Series after the Marathon Bombings early in the season. They went from last place in 2013 to World Champs in 2014... and nearly every home game had some sort of tie in to "Boston Strong" 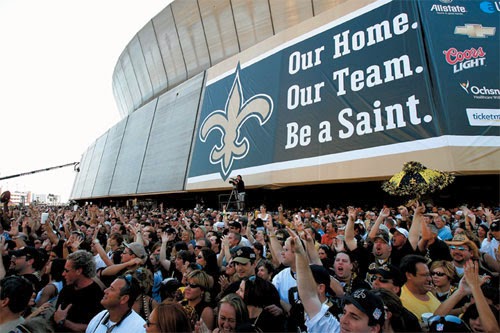 The 2010 New Orleans Saints beat the Colts in the Super Bowl, and won one for the city of New Orleans. Even though this was a few years after Hurricane Katrina ripped apart their city and stadium, the essence was still there. The Saints were 5.5 point underdogs in the game. Septmeber 25th, 2006,  was an obvious God Game situation. The Saints beat the first place Falcons 23-3 in an emotional return to their iconic stadium that housed people who lost their homes during the Hurricane. 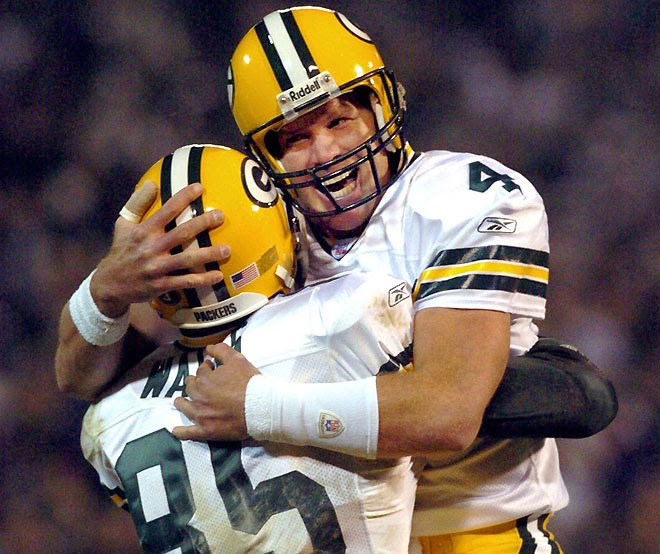 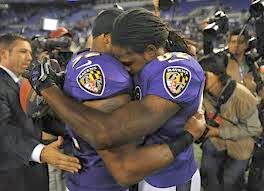 Torrey Smith's brother died in a motorcycle accident on Saturday Sept 22, 2012. Torrey Smith, a WR for the Baltimore Ravens, left his team at 1am on Sunday to be with his family. He returned just 12 hours later and ended up playing in the Sunday Night Football game vs the Patriots. He was working on a heavy heart and 1 hour of sleep, yet ended the game with a 6/127/2 line- his best game of the season. The Ravens kicked a Game winning field goal with time expiring to win 31-30. 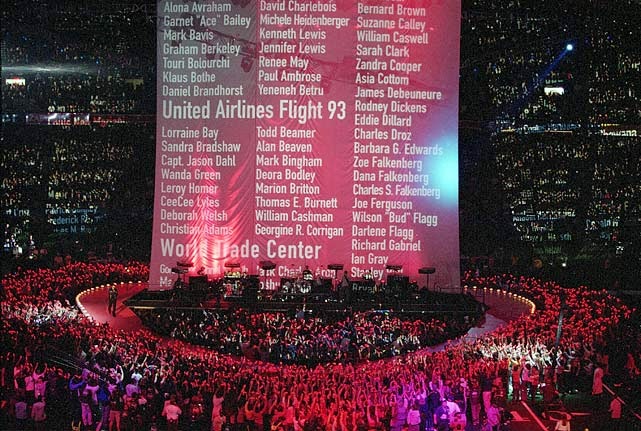 The 2001 New England Patriots became the biggest underdogs in NFL history to win a Super Bowl. The beginning of a dynasty, this team was a 14 point underdog to Kurt Warner & the Greatest Show on Turf. This Super Bowl was the first after 9/11 and had a very Patriotic theme. It's almost unfair that the PATRIOTS were playing in the game. Stars and Stripes were everywhere including Bono's jacket.  This was well before the Pats and Bill Belichick were hated, so EVERYONE was rooting for this massive underdog and the American-themed team, the Pats. 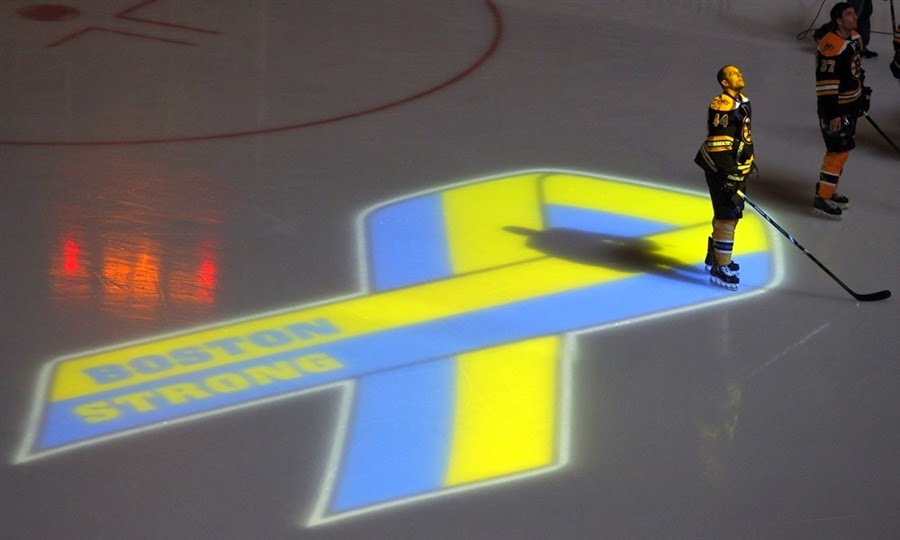 The 2013 Boston Bruins while this team unfortunately came up 1 win shy of a Stanley Cup, there is no doubt that the playoff run was fueled by the Boston Marathon bombings and the "Boston Strong" mantra that emerged from that tragedy. The playoff run was highlighted by an impossible comeback vs the Leafs in Game 7 of Round 1. Down 4-1 midway through the 3rd period in Game 7 on home ice, and the Bruins pull out a victory in OT. 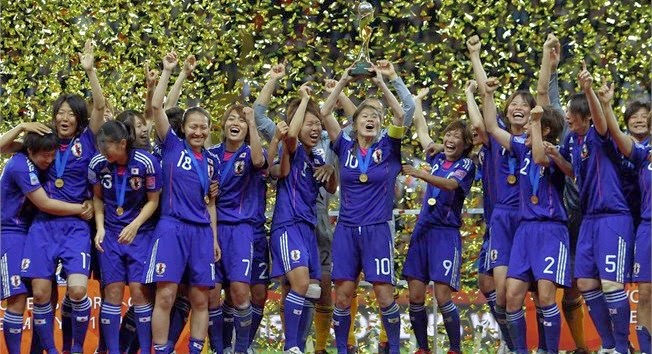 2011 Japanese Women's Soccer This team captured the first ever World Cup title for any Asian country by defeating the USA in the final match a few months after 20,000 people died in the Tsunami/Earthquake and it's damage. The USA team was back to back defending champs, but the massive natural disaster in Japan proved to be enough to motivate the team to the upset victory. 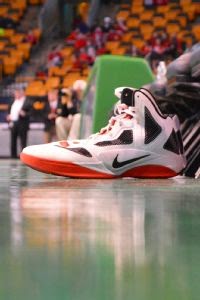 2014 Milton High Boys Basketball This team entered the post season as the #12 seed in the Divisional 2 South Sectional. They beat #5 seed Scituate in the first round, #4 seed Tech Boston Academy  in the second round, #1 seed Bishop Feehan in the semi-finals, and #10 Sharon in OT to capture the title. The team had dedicated this season to former player Evan Jones, who was a Senior last year at Milton. This past fall, as a freshman at UMass Amherst, Evan was found dead in his dorm room. Pictured above are Jones' shoes which were placed at the end of the bench during the post-season, to remind the team he was with them. The Milton team ended up losing in the semi finals at the TD Garden but still an amazing season overall.


As a side, I am only aware of the Milton basketball story because my cousin Austin Burlone, a Senior, was the captain of Bishop Feehan's mens basketball team this year. When I heard they lost to Milton, I was surprised- after all, Feehan was the #1 seed in the tourney and had only lost one game all year (21-1). But then I found out about Jones passing and it all made sense. The only way Austin & the Shamrocks could have been denied this year was if they ran into a God-Game situation like they did. Tough loss but really nothing to be too upset about. You got God-Gamed, Austin. Sorry bro.