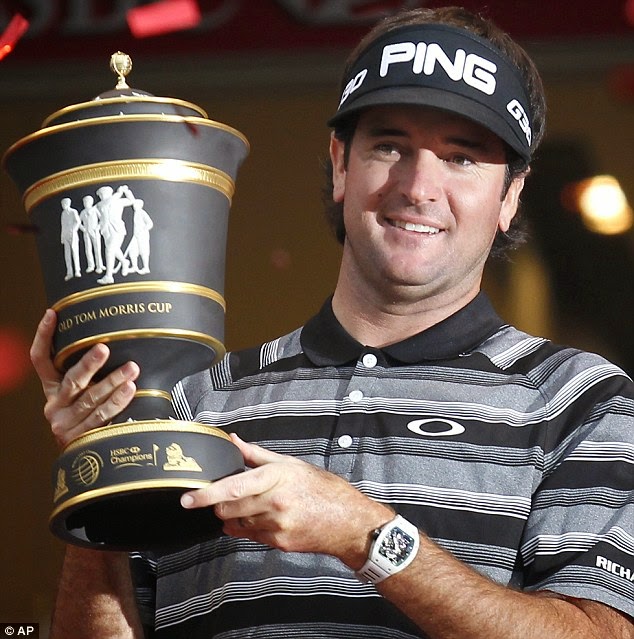 This past weekend reigning Masters Champion Bubba Watson won the WGC- HSBC Championship in Shanghai. This is a European tour event that most every big name golfer plays.

If you haven't seen how Bubba won you have to check out this link or watch the video below:

Incredible shot. That was to force a playoff, which he won on the first hole with a birdie.

What's makes it even greater is how bad he played on the 16th and 17th holes.. he bogeyed 16 and on the par 3 17th, he took two shots to get out of the sand, ended up scoring a double bogey 5. So on 18 he must have had that in the back of his mind in that bunker... still drained the shot.

Outside of being Mr. Augusta National, a two time winner of my favorite tournament, Bubba is also a cool dude and has a great personality off the course. He was already one of my top 10 favorite golfers, but now he is making a hard case to be #1. Why? Haters fuel him. Check THIS clip out:


For those who cant view the video, it's Bubba Watson before the tournament with this absolute gem, thanking the media for criticizing him:

"If everybody said I was great all the time, I would never improve as human being. So, I love it. I love that the media calls me out, I love that my friends call me out, even my mom calls me out a lot."