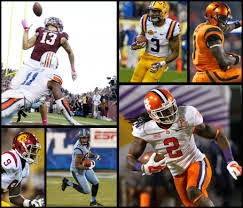 As we approach Thanksgiving 2014, it is time to take notice and blog about the current rookie WR class.

It's been remarkable. It's pretty well known that the 1996 NFL Draft was undeniably the best for WRs in the history of the draft, Let's take a look at the WRs who were selected in the first round:

Those 5 WRs all had at a minimum of 10+ year career. All of them had multiple 1,000 yard seasons. It is very rare for no 1st round WRs to "bust"... these guys all lived up to expectations. 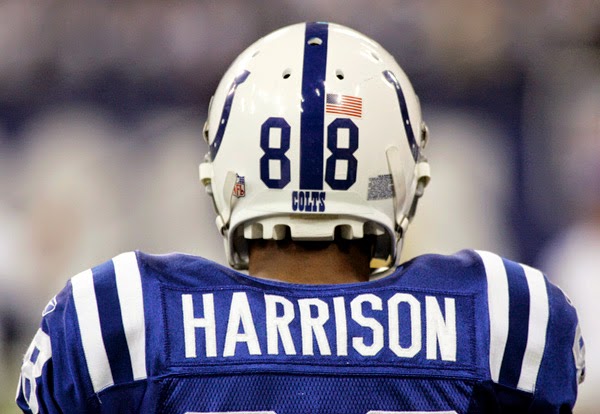 TO is the name But when you look at this WR class as a whole... incredible.

NOW. 2014 has a chance to rival this amazing class. Obviously its very early, but let's just take a look at the rookie WRs and what they have done thus far:

There are a bunch of other WRs that were drafted, but these guys stand out right now. Look at the names on this list!!! 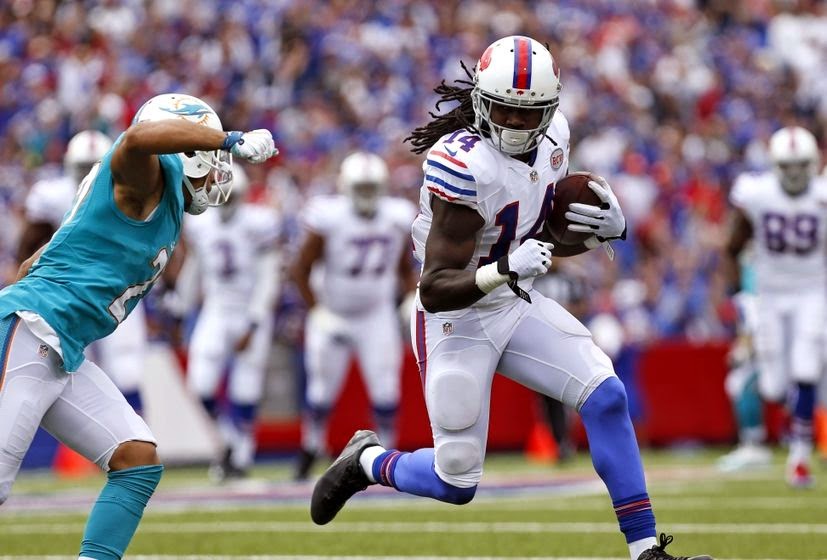 Sammy Watkins has had some really bad play at QB, but has still produced at a very high level. He currently has 45/649/5 though 10 games. He's a legit WR1 in the NFL and his speed is killing defenses. He'll be around for a long time. IF he gets a good QB any year soon, watch out. 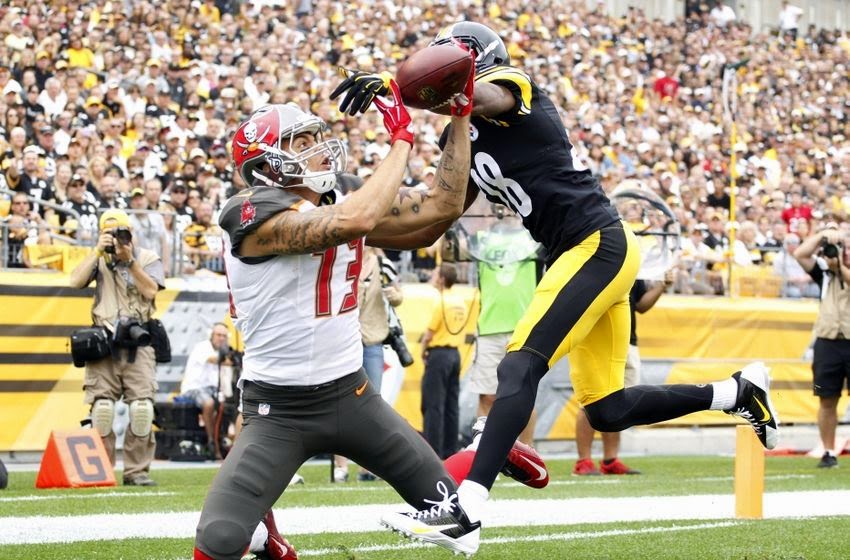 Mike Evans just set a team record for catching a TD in his 4th straight game. Benefiting from having a threat on the other side (V Jax), Evans has been a MONSTER recently. He currently has 49/841/8. He is a TD MAVEN... tall, physical, fast... yikes. 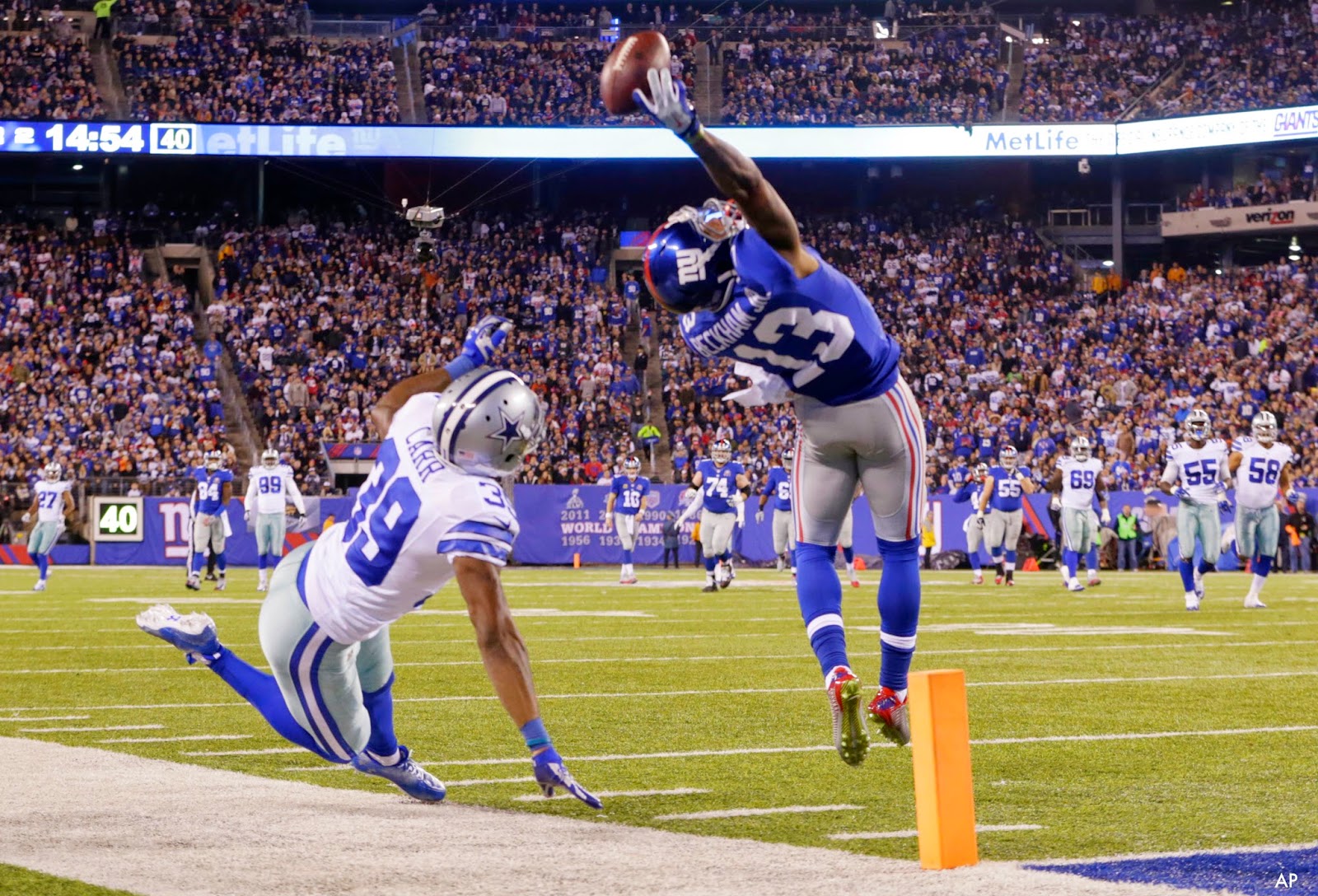 ODBJR- Beckham has only played in 8 games this year due to an injury that slowed the start of his season... but he is now averaging 6 catches for 87 yards and has 5 TDs in 7 games. Is that good? Oh and it looks like someone is going to give Golden Tate a run for "best hands in the league" 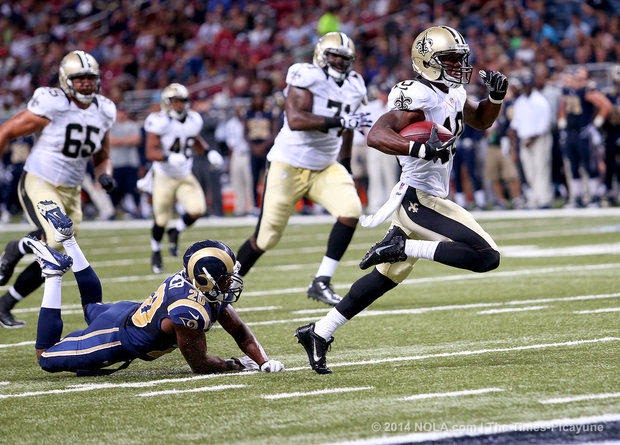 Brandin Cooks- Unfortunately Cook's rookie season was cut short due to a thumb injury that will require surgery, ending with a 53/550/3 line as a receiver, and seven rushes for 73 yards and an additional score. Cooks is a play maker... he is not like the other down field WRs on this list, but playing for the Saints and Drew Brees makes for Cooks as big time breakout candidate next year. 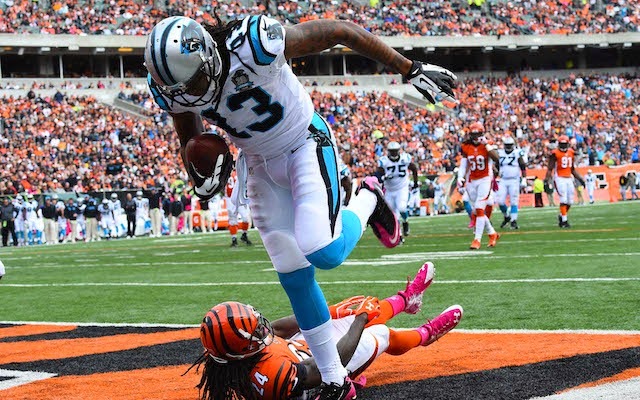 Kelvin Benjamin-  Here is what Jeremy said about Benjamin in our 2014  mock draft- "Eagles need a WR to replace DeSean Jackson. Kelvin Benjamin isn't quite the same player DJax is. Benjamin is a physical beast at 6'5 240 pounds. He will be a big time red zone threat and will have favorable matchups against shorter defensive backs. I think he has some skills polishing to do, but under a guy like Chip Kelly I think he can definitely develop quickly"

Pretty spot on there. Obv. Chip Kelly is NOT Benjamin's coach, but he is developing nicely. And he def does need to polish his skills a but as he has only caught 52-of-98 targets while battling some drops and poor routes. Benjamin, like Evans, is a Red Zone machine, though. He's really good.


Marqise Lee hasn't quite developed yet, he is somewhat buried in the JAX depth chart. Lee had been the Jaguars' distant No. 4 receiver in recent weeks, as he's battled hamstring and ankle injuries, to go along with playbook concerns.

Jordan Matthews is coming along nicely... of course he benefits from playing gin the high-octane Eagles offense... his rapport with Mark Sanchez is good too, so I don't know what that means but you have to be pretty damn good to provide Sanchez with chemistry. He has been playing in the slot, where he provides a severe mismatch as he is  6'3/212.

Davante Adams has been OK... but he is buried in the depth chart of the Packers behind Jordy Nelson and Randall Cobb. If one of those guys gets hurt, we will have a chance to truly see what Adams can do with a full compliment of snaps with the best QB in the league, Aaron Rodgers, who had this to say about his rookie WR: "Davante, he’s open on film a lot. He’s run a lot of good routes. He only had one catch last week, but if he stays confident and keeps making plays like he’s doing in practice, the ball is going to keep coming his way."

Cody Latimer is someone people really thought could be good right out of the gate, being in the Broncos, but he has been leashed all year by John Fox. Maybe we will get to see more of Latmmier down the stretch. 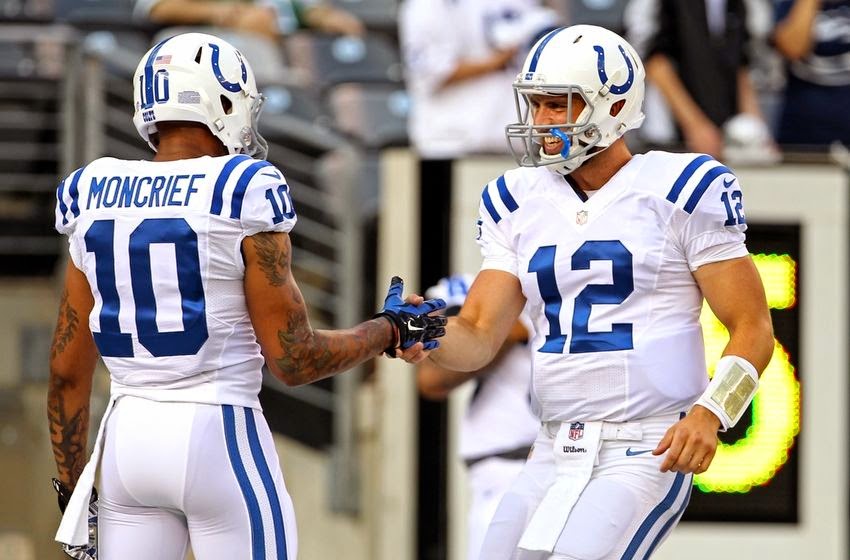 Donte Moncrief is the last guy I'll make a note on, and it's because I think this guy has a chance to be special. Right now he is "buried" in the depth chart behind TY Hilton, Reggie Wayne, and Hakeen Nicks. However, Nicks and Wayne are on the way out. Moncrief is freakishly talented and with Andrew Luck developing into an elite QB, Moncrief has a chance to explode as soon as next year. 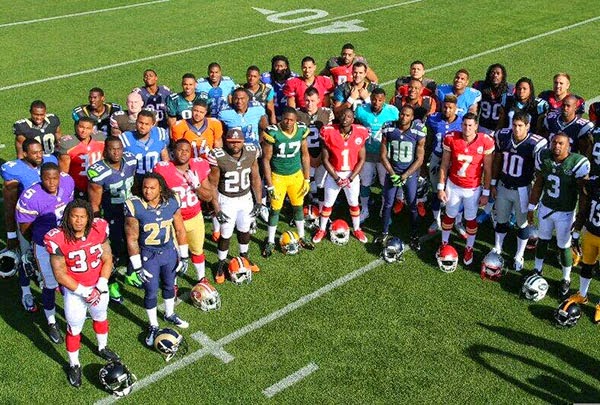