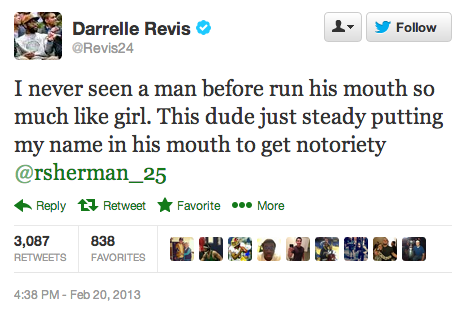 I’m not a Richard Sherman fan, at all. I think he’s a good player, but he’s just an asshole. Loves attention. I thought his January playoff post-game tirade was disrespectful, unprofessional, and uncalled for.

And yesterday Sherman (along with Doug Baldwin) performed this act:

If you can’t see the video- here is the link:
https://www.youtube.com/watch?v=DKVPCgKSU3Y


Ummm… what? What the hell was that? A protest to the league because Marshawm Lynch got fined $100,000 for not talking to the media, I guess?  Sherman walked off without answering questions and later apologized for the whole thing, but still… What was he thinking?

1. He is represented by the NFLPA which collectively bargains all of the shit he was complaining about…. So I’m not sure why he is calling out Roger Goddell. If he has a complaint then he should be lashing out at DeMaurice Smith, not Goddell.

2. The fact that he complained that Marshawn Lynch got fined for not talking to the media is a joke. And then he goes on to say its “crazy” the NFL wouldn’t have GIVEN Lynch $100,000 had he talked. It’s literally part of an NFL player’s job is to talk to the media. You don’t get paid extra for that. Are you new? Is this real life?

3. NFL Players actually receive 45% of the revenue from league endorsement deals... so…..

4. He mentioned he can’t plug his partners Beat By Dre… well…  players like Sherman benefit  indirectly from the league's Bose headphones deal. He gets paid by Apple, which owns competitor Beats By Dre. Also… too fucking bad. You can promote your brands on your own time when you are off the clock…. You know, like most other employees in America… Again, the NFL has exclusive marketing deals they need to honor. It’s how their business operates. And it’s normal. Complaining that you cant personally make more money because of this is selfish and misplaced. There are plenty of other avenues NFL players can access to promote the companies who endorse them.

5. It’s really not that hard to understand why the league doesn’t allow players to individually endorse alcohol, while still having Bud Light as a title sponsor of the league. It’s called category exclusivity. The league can negotiate a better deal with Bud Light if they can promise Bud Light no players will individually promote other brands. It prevents guerrilla marketing.

6. The 3 games in 5 days thing is laughable. It rarely happens, and should be considered a privilege to play on Thanksgiving. Maybe the NFL could expand rosters for the game to take some of the burden off the players, but in my opinion it’s a reach to say the NFL isn’t promoting safety by having games so close together. Grow up dude. You’re playing football, a game. The league promotes player safety as best as it can… if you don’t like playing games so close together take it up with DeMaurice Smith or don’t play football. You sound like a child trying to call out Roger Goddell.


Overall, while I recognize the league is not perfect and some of the issues Sherman brought up are real topics to be discussed (at the appropriate time, not how he did it yesterday), I think Sherman is just being such a deuchebag here. A real, real bad look. I know most people think this was “Awesome” and “So Cool” …. I personally think it’s petulant, selfish, and unprofessional. 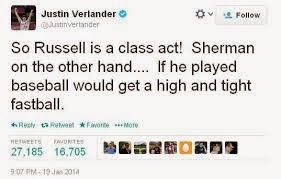 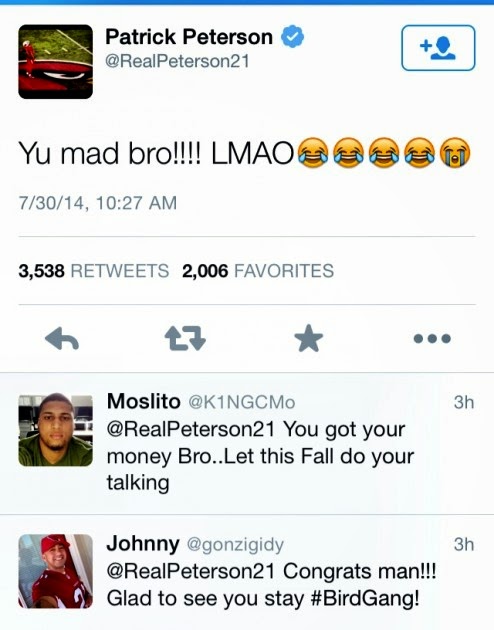 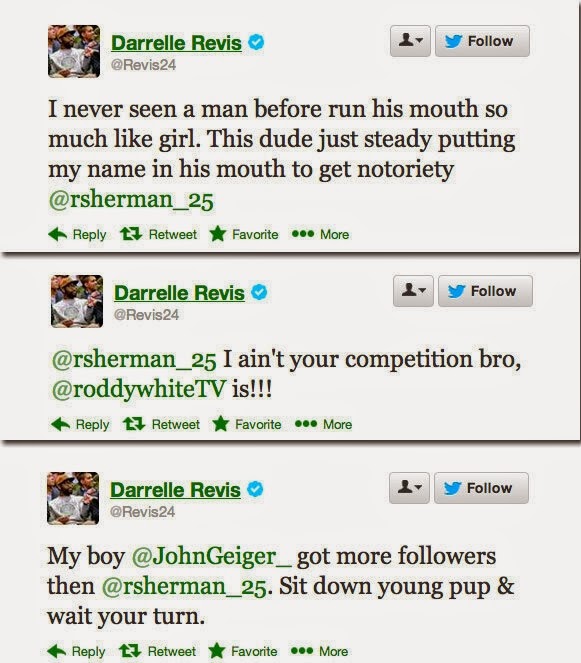 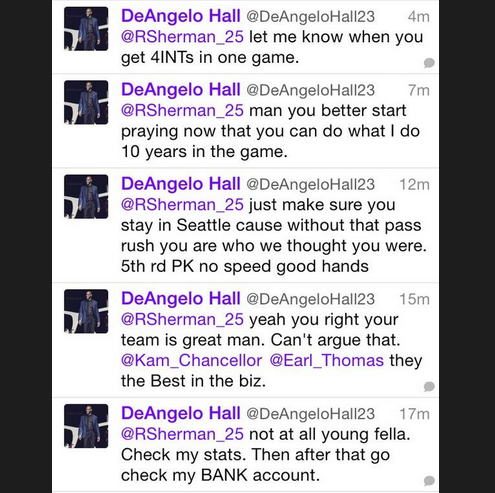