Outside of Power Ranks for our fantasy football league, I haven't posted in a while, which is shameful. My bad. To make up for this.... here is a random thought or 2 on some random stuff I've thought about in the past few weeks and just haven't gotten around to posting: 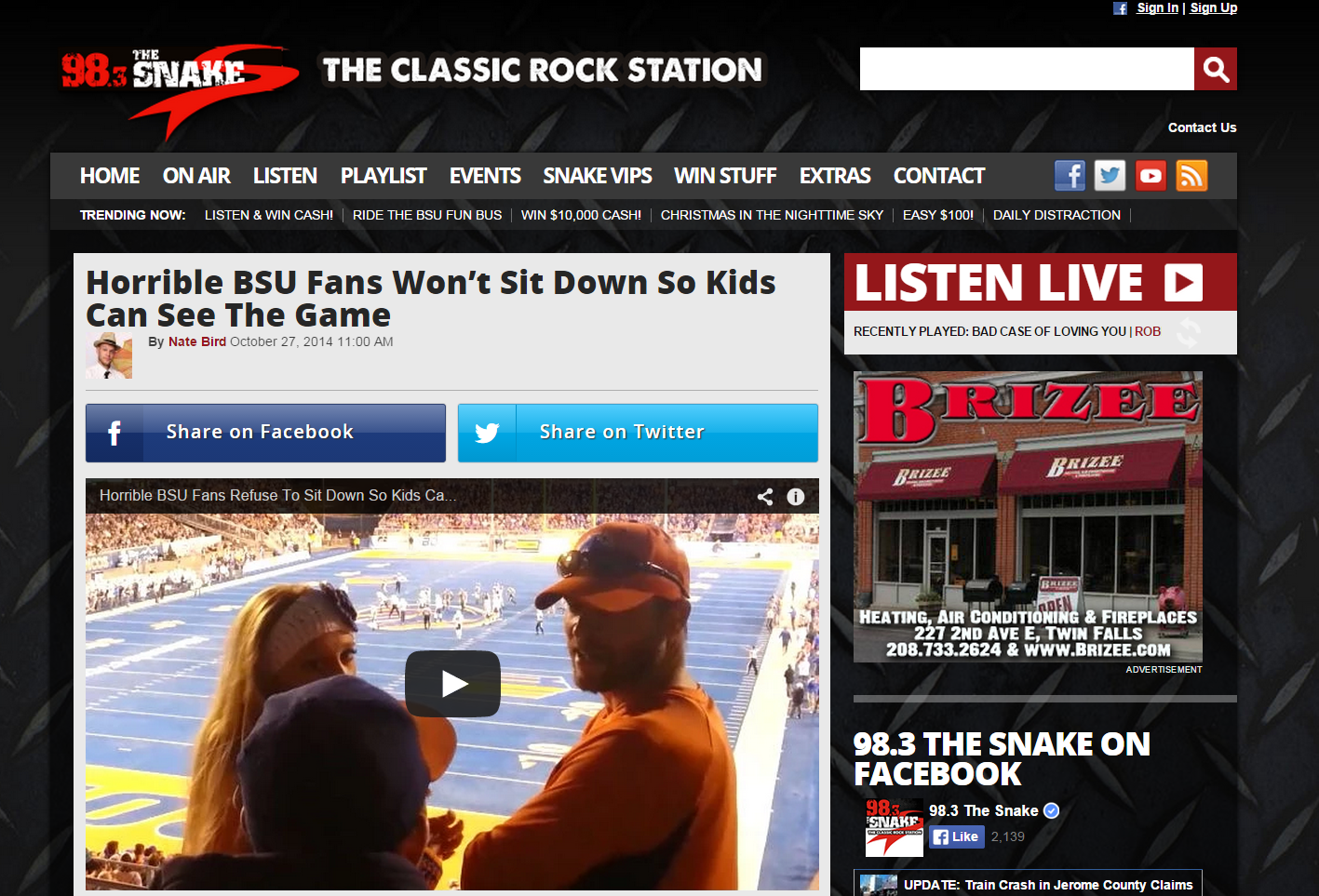 
This really pissed me off. As a general rule, I HATE when people ask others to sit down at sporting events. I get it- you don't want the person in front of you standing- but too bad. You're at a stadium, not a movie theater. Everyone has a right to stand and cheer for their team, especially at a college football game... And not only is Standing appropriate, but admirable. If you have a problem with someone standing in front of you, find a different seat. If you want to have a perfect view of the game- watch from home.

This is just embarrassing for Boise State Football. If other college programs and fan bases around the country saw this, they would point and laugh.. it's embarrassing that these are the types of fans Boise State has right now. People who complain about standing at football games. 1-AA (whatever its called now) type shit. 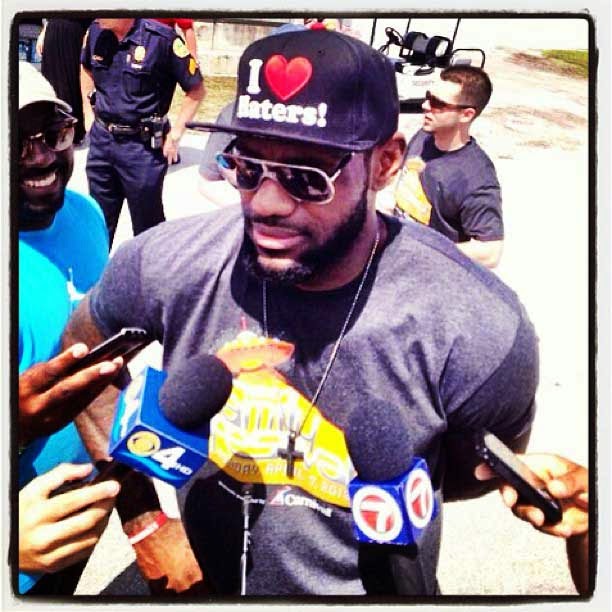 I thought we were over this but we aren't, Irrational Lebron Hate is back big time. Let's take a look why:

In a conversation the was focused on the city of Cleveland, Lebron said that their Home Opener vs the Knicks last week was "maybe the biggest sporting event ever."

1. People took these comments out of context, He was clearly talking about "in Cleveland" but that wouldn't suit the agenda of the haters so it was mis-represented.

2. Athletes use Hyperbole ALL. THE. TIME. all the time.

3. Because of the prejudice against Lebron, instead of the much more logical explanation- that Lebron was being hyperbolic- people actually tried to tell me that they thing Lebron is such an EGOMANIAC that he TRULY believes the game was the biggest sporting event ever. What a joke.

Also, a little more NBA hate for you here.... The Cavs literally dont need to start trying for a couple more months. They suck now, and that means nothing. Because the regular season means nothing. Which means your league sucks.

Also, here's  perfect Vine to sum up the NBA. 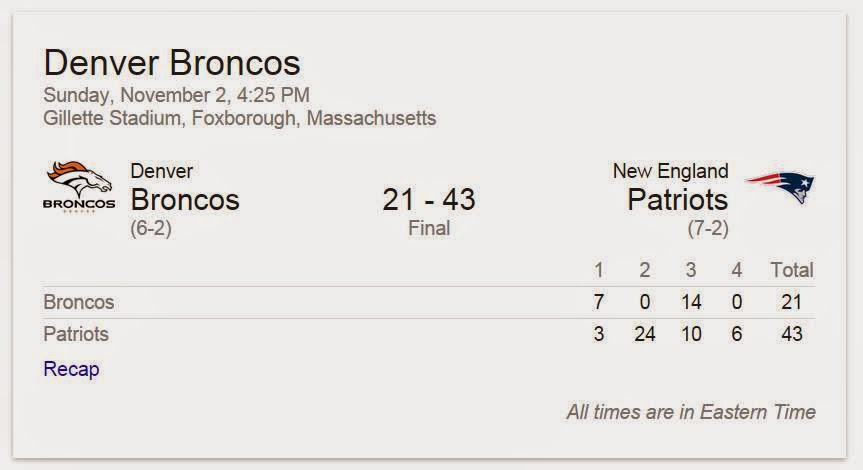 They are crushing it right now. The offense took a few weeks to click, everyone cried the while time, and now we have the best team in the league. The defense is great, the offense is hot, and as per usual, the Pats are on track to dominate the season.

A major reason why they are so good now? Gronk. Duh. He's possibly the most dominant player of all time when he is on the field. You read that right, All time.

But guess what... he can't stay healthy. So do you know what I am NOT looking forward to? Grnk getting hurt in the next 6 weeks before the playoffs. It's going to happen, for sure.

Every game defenders dive at is knees to try and take him out. Why are we risking his health like this for regular season wins we don't need? 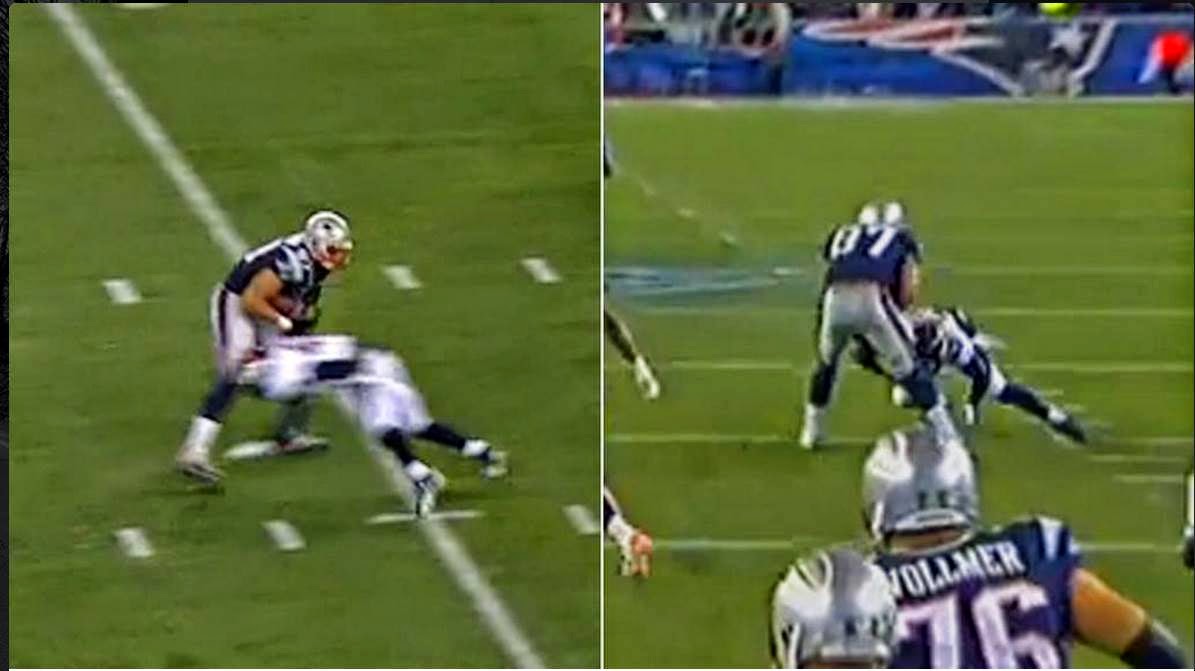 Ive said it before but Gronk should be considered as a playoff player only for the time being. Rest him from now until Christmas, bring him back for the last couple games of the regular seaosn so everyone is on the same page, and boom... a healthy Gronk for the Super Bowl run. Basically all we need to actually win one this year, with the improved defense.

Last and certainly not least is a Bruins update. 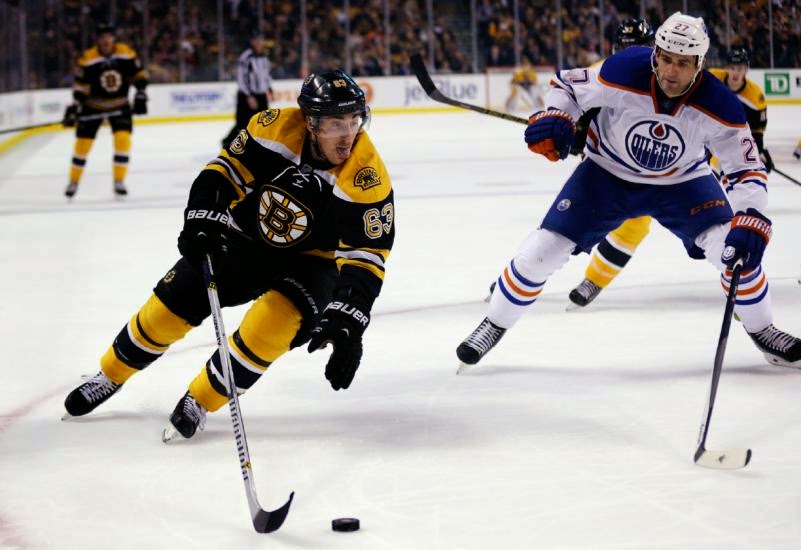 1. The best teams find different ways to win. That's what the Bruins are doing right now.... With injuries to the D Men (esp Chara) the team has been forced to find other ways of winning than they normally do. And they have. Since Chara went down with his PCL injury: 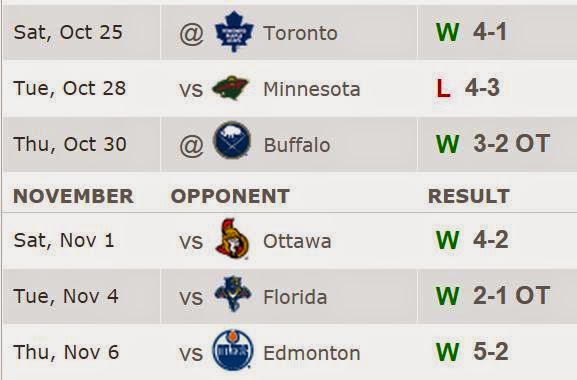 It's not like they are playing the best teams in the league but they are finding ways to win and that is what is important. 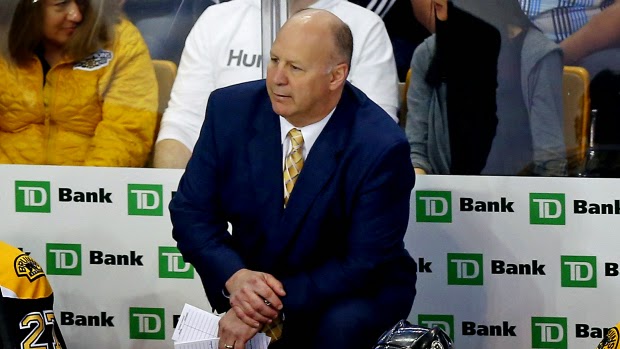 BOOM. 3 year extension. Love it. He was in the last year of his deal, so this is huge.  The guy's style isn't loved by everyone as it is not flashy, but you can't argue with his numbers... he has been one of the best coaches in the NHL since he has been in Boston. Here is what #37 had to say about Claude:

“I think he’s had a big role, him and Peter, in rebuilding the team and turning the franchise around,” Bergeron said after practice at TD Garden on Monday. “But also I think our team identity and mentality here needed some changes and I thought he was there to make sure we had a lot more pride in wearing the spoked ‘B’ and playing a lot harder and working harder, and by doing that we got the success that we wanted and we achieved the goal that we wanted in 2011. And we definitely want more of that.”'

The One eyed Swede has been the best Bruin forward this year. He's a beast. His excellent play started in about March of last year and he hasn't lost momentum. 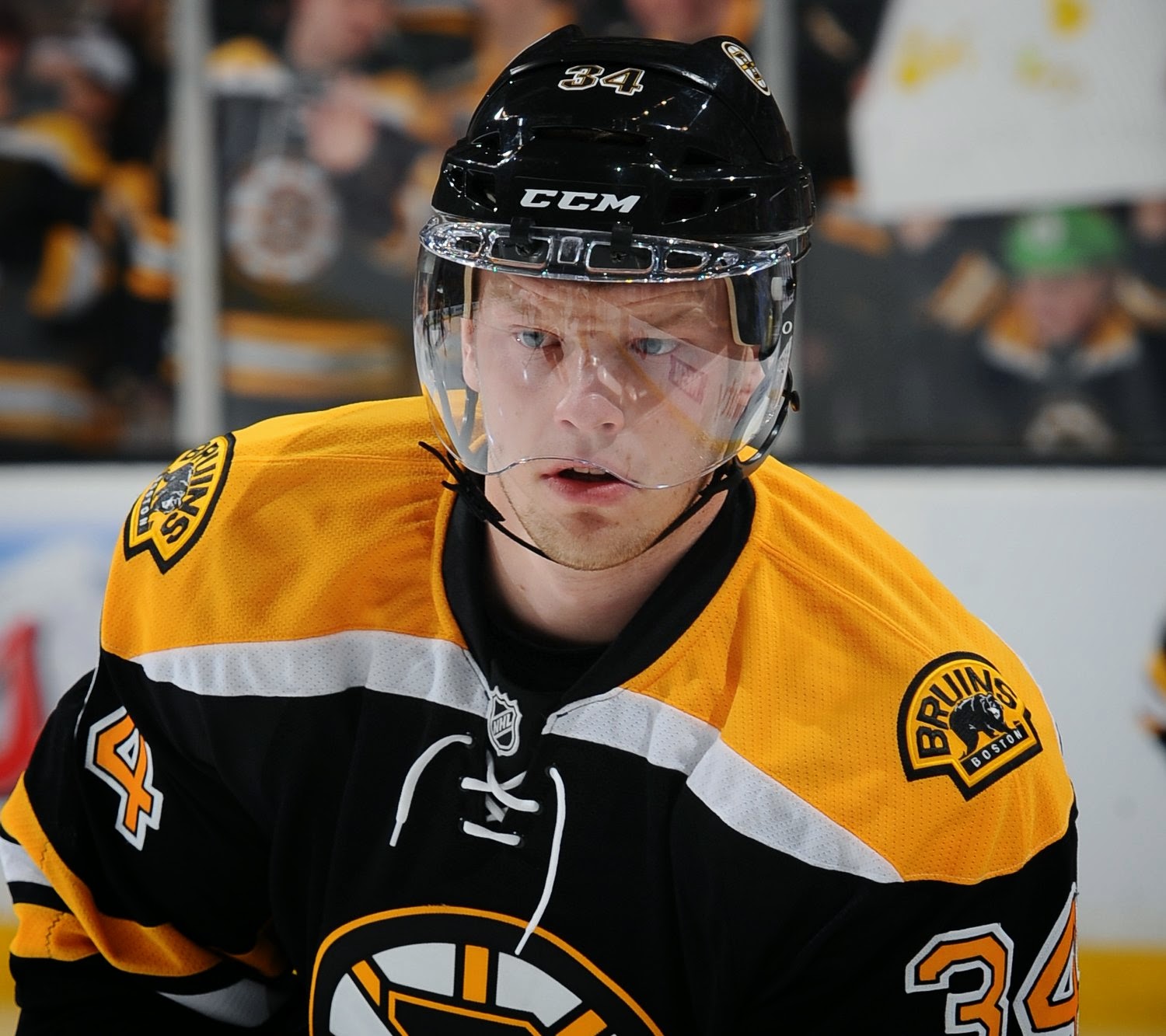 It's great Carl is playing so well... but it also kinda sucks. He is a free agent after this season and will force the Bruins management to make some tough decisions. He is playing like a 1st or 2nd line NHL center right now.... being stuck behind Bergeron and Krejci is not ideal for him. Depth is a great problem to have, but I am worried about Soderberg. I don't want him to be on a different team, mostly because I still don't think he has reached his full potential yet. But he is fun to watch, that is for sure.