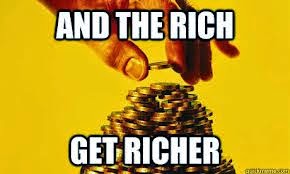 The rich get richer… Campbell is absolutely LOADED at RB.  McCoy, Murray, Sproles, J Bell, and now Knile Davis. Talk about quality & depth at the weakest/ most frail position. I still don’t love the QB/TE combo here but it’s getting the job done. Most points, undefeated record, biggest blowout of the week…Campbell is at the top right now. 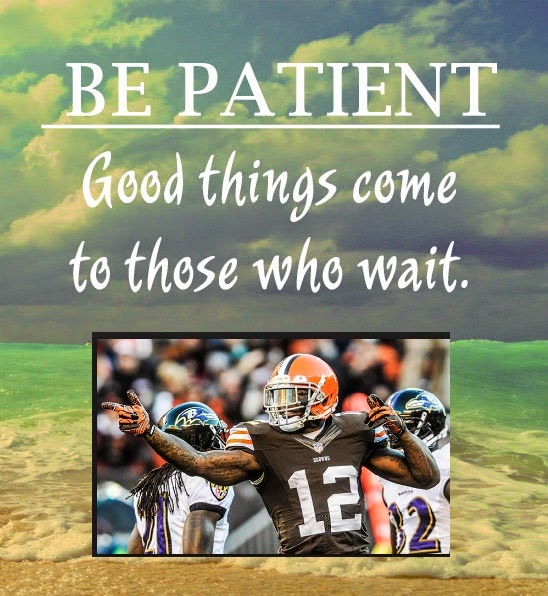 Mid-week trade (Garcon for Cobb) saved me a loss, and overall is was a slow week for my team. BUT Andrew Luck and Zach Ertz have both been better than expected, and the Lacy-Bell-Julio-Cobb foursome is terrorizing. The Mark Ingram injury gives Pierre Thomas a big boost as well. Josh Gordon won’t be back until after BYE weeks, but remains an A+ stash on my bench for the inevitable playoff appearance  (Only person in the league to make the playoffs every single year.) 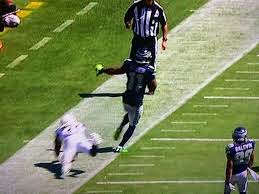 Another nice week for Sean, mostly due to Jimmy Graham (even though that long Percy Rush TD was actually out of bounds). I struggled ranking this team because the WRs are not great at all, and in a PPR league were you can start 3 of them, you need to be better at WR. BUT… you can’t ignore teams like this. Teams with Alfred Morris, Marshawn Lynch, and Vincent Jackson. Although these guys are not PPR machines, they can still go off and have done well for Sean thus far. Cam Newton’s upside was a nice addition to this lineup after Week 1. 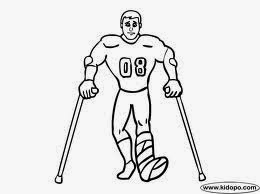 Dan made a prediction that Kait would lose 1 player per week all year due to the age and brittleness of this team. “The Brittle Bunnies” While that prediction may be slightly exaggerated, it’s not THAT crazy. This week’s victim: Vernon Davis. He left the game on crutches and will be riding the pine for a few weeks. It would have been nice to see Kait grab Gates or another TE off the wire, but she does have the black unicorn to fill in for now.  Arian Foster is on pace for like, 500 touches. He’s been productive thus far but he WILL get hurt at this usage rate. One nice spot on this roster is Khiry Robinson… his role is set to expand with Mark Ingram out of the lineup for over a month. 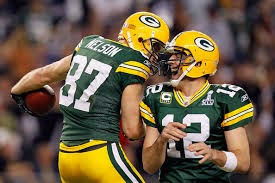 Aaaannnndddddddd that’s why I had Bill ranked so high, even after a dismal week 1. The power of the Rodgers-Jordy connection cannot and will not be denied. That one long TD pass on Sunday produced 33 fantasy points by my count… that’s right… one play, 33 points. Julien Edelman has also been a nice surprise (at least to me, I was semi down on him entering the year) and Crabtree looks like a locked in WR starter every week.

However, Bill has lost AP, probably for the year. Sure, it was wise to pick up Asiata, but going from AP to Asiata is still a monster downgrade. Moreno also got hurt this week so Bill is hurting at RB.  Also, Jordan Reed and Jordan Cameron are still hurt. Cameron might return this week, but if he doesn’t, Bill will need to pick and pop a TE. 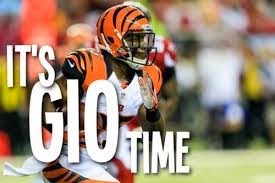 This is another team I like that had a down week. I want to say I’m getting a little concerned with Demaryiuus Thomas, but I’m not. He’ll get his. Gio Bernard has been a great player (maybe the best RB in the league), and I expect Stafford to play more like he did in Week 1 than Week 2 this year so no worries there. BUT this is another team that’s woefully thin at RB, but very strong elsewhere. Also, just so everyone is aware, the Seahawks defense scored -1 fantasy points this week. Negative One, as in, would have been better if Jenna left the spot empty. Seattle is the 20th best D/ST in our league this year. Jenna picked Seattle in the 7th round. Just a few names Jenna passed on to pick Seattle: Darren Sproles, Terrance West, Zach Ertz, Greg Olsen, Reggie Wayne, Khiry Robinson… I think you get my point. #HUGEwasteofapick. 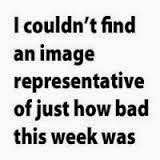 
What a GROSS week for Beck. Just awful. AJ Green throws up a donut and is unavailable until week 5. Colston also threw up a donut, but the big concern here is that he WASN’T hurt. What’s up with that? It’s just one game but that still makes me nervous for Colston as he didn’t even register one target. I hate owning players that are just left out of game plans like that.  Also, more WR woes, Victor Cruz isn’t that great. Whether it’s him, his QB, the offense, I don’t know- but Victor Cruz is certainly not performing up to his draft position. Montee Ball and Shane Vereen had quiet weeks and Pitta lost out on 2 TDS to Owen Daniels. I suppose I should say one nice thing about this team… so I’ll touch on Cutler. He’s been an animal, and at this point I would feel pretty comfortable placing him in my top 6 QBs ROS, barring injury. 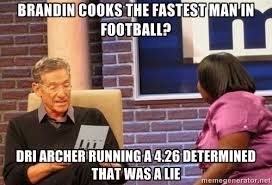 
Ho Hum, another solid team with no RB depth whatsoever. I kinda feel bad for Mr. B, but then again I don’t- If he had played Brandon Marshall against me this week, he would have won. BUT he sat him for Brandin Cooks, based on the reports saying that Marshall wouldn’t play on Sunday Night  Football. Cooks ended up with just 7 points and B Marsh had 3 TDs. You simply can’t blame Mr. B for this. Reggie Bush has been very disappointing this year, and Rashad Jennings plays on the anemic Giants offense so who knows how good he can be this year. Brady has been gross, Witten has been gross, and although I think Sanders will be fine, the return of Welker takes a LITTLE shine off of him. 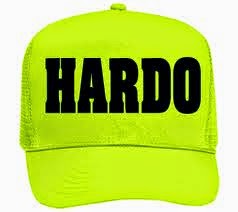 
Paul got a win this week despite no outstanding performances. Mike Wallace and Frank Gore managed to get a TD but outside of that, nothing exciting from Paul this week. Megatron was contained, and Drew Brees only managed 15 points… but rest assured over the next 5 weeks Brees is going to RAKE starting this week in the dome. Lamar Miller is banged up, but the good thing here is Moreno is no longer in the picture. Miller should be a good play when healthy. Gore is slowing down big time… he will continue to get carries but very soon we should see the changing of the guard to Carlos Hyde. Another positive note on Paul’s team is the upbeat play from Greg Olsen. He’s been good. 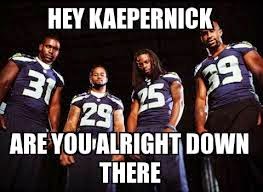 Want to know who the best player is on this team? Ahmad Bradshaw. Yup. Leads this team in points. Now, to be fair, Bradshaw has been very good. I like him significantly more than TRENT Richardson, who Dan also has. But, when your best player is someone like Bradhsaw, you got issues. One issue: Gronk. I personally wasn’t very high on Gronk this year because I knew it would take a bit of time to get him back up to the elite level he was being drafted at. He has only played about 30% of snaps, that will go up and so will his production, as long as he stays healthy. Also, Zac Stacy. He’s clearly ahead of Cunningham on the Rams, but he has almost no shot at living up to his ADP. Eric Decker getting hurt doesn’t help, and Colin Kaepernick doesn’t look like he’ll be able to take the leap into the next level fantasy-wise. He’s a great QB2/matchup play, but not someone I want to lean on every week. 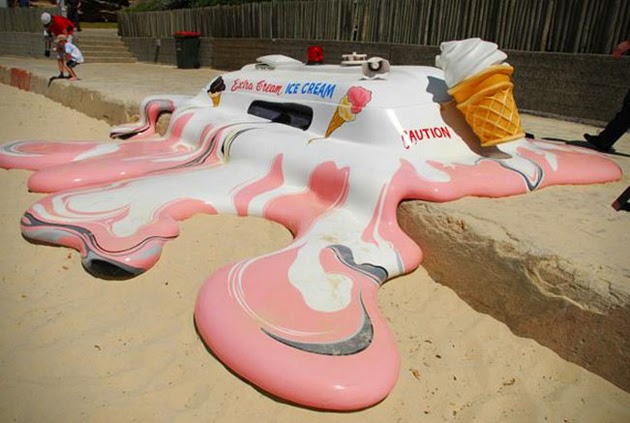 WOOF. Adam’s first round pick is performing well- Ghostkowski has been the 2nd best kicker so far- but every other draft pick is busting. Big time. The best player on this roster last week was Delanie Walker, who exploded for 32 points. BUT- Locker sucked. Garcon was, unpredictably, awful. Toby Gerhart sucks at football. Ryan Mathews re injured himself and is out for 4-6 weeks. Ellington has been OK, but not even close to what you expect from your 2nd round RB. This team is not great right now. While still fairly deep at RB, it’s a lot harder to cash in that depth in the trade market when nearly everyone is underperforming. Might be a long year for Adam in 2014. 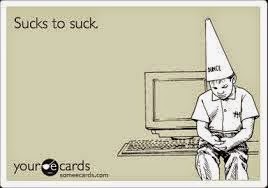 
Ummmmm. This team can’t afford that Jamaal Charles injury. Just can’t.  Another bad turn of luck for Abe this week, and high ankle sprains are not the easiest of injuries to come back from. Not to pile on here, but Abe picked both a defense (8th) and kicker (11th) before Knile Davis ended up  being selected in the 13th round by another team… so, this unfortunate position Abe is in is kind of his own fault. Michael Floyd is also somewhat of a question mark while his QB is injured… if Palmer is tossing the rock I want no part of Floyd. Better days are ahead for Keenen Allen and Kyle Rudolph, but this team can’t wait too long, although the only playoff team ever to start 0-3 was led by Abe in 2012.