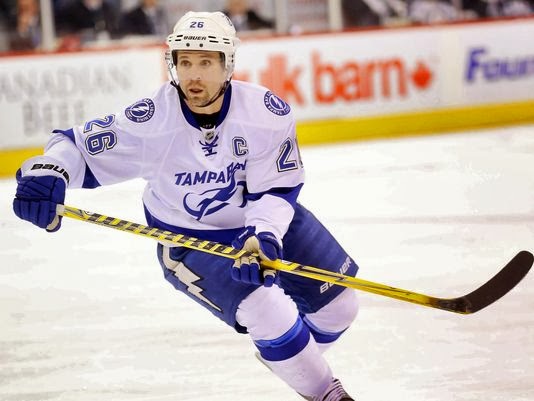 Yesterday Team Canada announced their roster for the 2014 Socci Games. This announcement is always hyped... after all Team Canada has an embarrassment of riches when it comes to selecting players to represent the Great White North.

Every time this happens, because of the talent level, there are always a few "Great" players who miss the cut. in 2006 Canada infamously/idiotically left off Crosby from their squad. In 2010 the two biggest snubs were Steven Stamkos and Martin St. Louis, not only because both players were talented enough to make the team, but because Steve Yzerman, GM of the Lightning, is the head of Team Canada's brass.

This time around for the Lightning guys was supposed to be different. Stamkos broke his leg vs the Bruins a couple months ago, but was selected to the team in hopes he can play. You cant leave Stamkos off your team if he's healthy- he's simply the best goal scorer in the league.

Since Stamkos went down, Martin St. Louis has carried the team. The Lightning captain has 19 goals and 21 assists halfway through the year, pretty much the only reason why they have been able to stay in 2nd place. This is a guy who is coming off winning the Art Ross trophy last year, given to the league leader in points.

Some speculation out there is that St. Louis may have made the team if Stamkos was guaranteed to play...but since Stamkos is hurt and likely to play the Wing upon his return anyway, apparently Yzerman and Team Canada thought it was best to leave Marty behind. Yzerman said that part of the reason St. Louis was not selected was an effort to "transition to a much younger group."  Sorry but I dont buy that. Who cares how young your 2 week team is? Nope. For me Id rather have the best players. St. Louis is hungry. He's proven. He's a Champion. He's won big games in the playoffs. He's scored huge goals in the playoffs. It's a shame we wont ever be able to see this legend  score big Olympic goals either.

Players I would have left off the roster for St Louis:


PS- Any Bruins homers out there who think Lucic should have made the team... you're wrong. Unless Team Canada wanted to make a specific effort to bring a heavier, more physical player to the mix, theres just no way Lucic can be compared to the guys who truly got snubbed. Maybe in 2018 Lucic can join Bergy and play for TC, but I doubt it. He's a great Bruins and NHL player, but on the bigger ice in a short tournament that generally has less physicality anyway... Looch isnt a great choice.


Ultimately, although I feel bad for St. Louis, I'm happy Team Canada left him off the roster simply because I think it gives Team USA a better shot at Gold. I CANT WAIT for the game to start! That 2010 tourney was something Ill never forget. Great hockey. Go USA!! 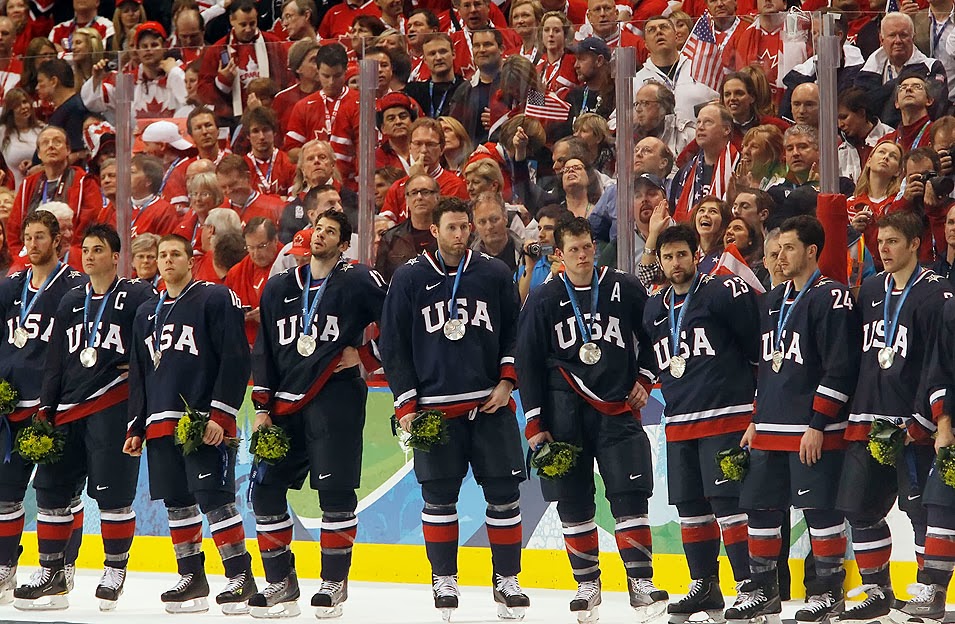