Tyler Seguin was born to be a Bruin

Well, I blogged about Taylor Hall getting his contract extension, and last week the Bruins inked Tyler Seguin a 6 year, $5.75million (per year)  extension so... He got pretty much the same deal as Hall. Great deal for the Bruins, and I'm excited as a fan to watch Seguin the next handful of years. 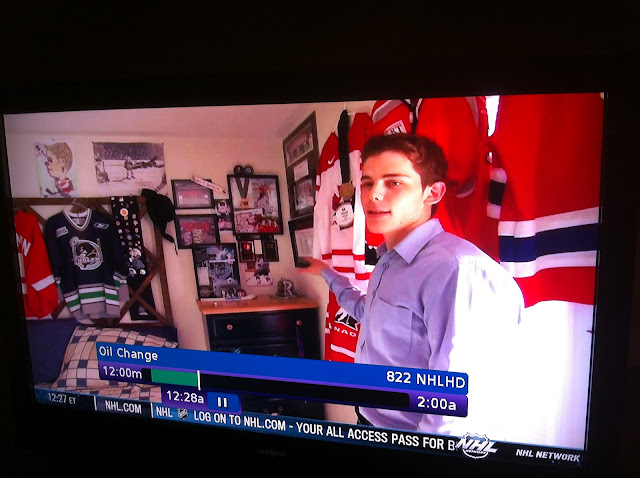 The other night I was watching the show Oil Change, a behind the scenes show on NHL network about the Edmonton Oilers. The specific episode I was watching was focused on the decision the Oilers had in the 2010 NHL Draft for #1 overall pick- Hall or Seguin. The Oilers GM was visiting the Seguin household and when Tyler was explaining some of the stuff  on the walls I saw the Bobby Orr flying goal pic above the bed ... and that's when I realized everyone should have known Seguin was meant to be a Bruin! I had to take the pic cuz I think it's pretty cool and also Seguin looks so, so young here.
Posted by JB at 6:46 PM