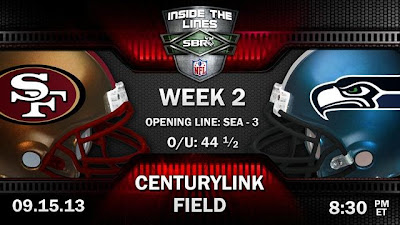 This Sunday the 49ers travel to Seattle to play their division rival Seahawks. This is an early-season heavyweight battle, as these are the top 2 teams in ESPN Power Ranks.

Each team is led by their young mobile QBs of the future- DangeRuss Wilson and Colin Kaepernick.

Madden 25 (cant believe this is the 25th Madden that's come out) features both these guy on their cover and in their promo commercials. Apparently during one of the filming sessions the 2 guys agreed that the loser of the game this Sunday would have to shave one of their eyebrows. Pretty sweet bet.

Here's the link to the video- http://www.youtube.com/watch?v=npKvIE6Ys1M

What is also interesting is in my group of friends, there is another "shaving" type bet on the line for this game.

Sean (A Pinch Better) doesn't understand why people love the Seahawks and think they are good. I do'nt know if this kid has been watching football for the past year or so, in fact he is SO CONFIDENT that the Seahawks will lose at home that he bet my buddy Beckerman on the game. They made the bet without any spread. Sean wins in the 49ers win and Beck wins id the Seahawks win.

Not only did Sean bet on the 49ers (who are 3 point underdogs) wit Beck, but he also bet Dan on this same game and GAVE HIM 9.5 Points.

No, you did not read the incorrectly. Sean actually put money down on the 49ers -9.5. Insane.

Anyway here are the terms for the Beckerman-Sean straight up bet:

-If Sean wins, Beckerman has to write a 3 page essay on Why Sean was Right, How great Sean is and how much better he is than Beckerman. That essay will be posted to this blog if the 49ers pull off the upset.

Alright lets get to the nuts an bolts of the game, along with my pick to win. 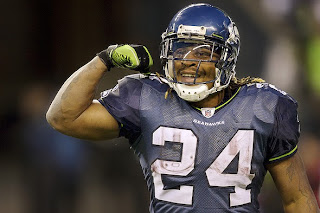 When Seattle has the ball

Russel Wilson and the Seahawks struggled last week against the Panthers young D. They only mustered 12 points and Marshawn Lynch was shut down. It's going to be tough to get the run game going against a monsterous SF defensive front, but it's interesting to note Lynch has gone over 100 yards the past 3 games vs the 49ers. Justin Smith was absent lat season when the teams met, so it may not be as easy for Lynch this time around. I have confidence in Pete Carroll (Yikes) to come up with a game plan to get his playmakers and space and while it may not be easy, I think Seattle can move the ball against the 49ers. 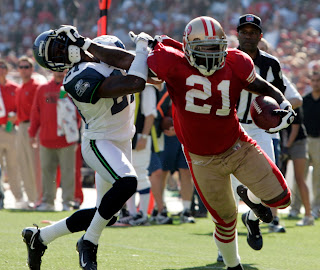 When the 49ers have the ball

Seattle did a great job of keeping Cam Newton in check last week. This week they have a similar match up with Kaepernick. Colin was held mostly in check last season when the teams met... I expect the same to happen this week. Frank Gore had very mixed results last season vs the stout Seahawks D: at home he ran buck wild for 131 yards, but in Seattle late in the season he was held to just 28 measly yards. Look for something in the middle of that this week and his fantasy owners such as myself, well we're banking on a TD big time. There's no way Anquan Boldin has as dominant of a game as he did in Week 1, the Seahawk's secondary (The Legion of Boom) is about 15x better than Green Bay's.

The last time these teams met was in Seattle last December and the Seahawks CRUSHED the 49ers 42-13. The crowd played a significant role in the game. This week they have the Sunday NIght Football game so expect the crowd to be even louder.

I love Kap. He looked like the best QB in the league last week.  I think the 49ers are nasty. But to pick against the Seahawks at home on Sunday night is asking for it. There's certain things in Sports that happen and cannot be explained... Seahawks home field advantage is one of those things. The 12th man is real. 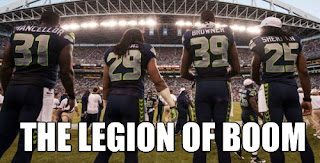 Last year The Seahawks went undefeated at home. They beat the Cowboys, Packers, Patriots, Vikings, Jets and all 3 division rivals. Is that a good list of teams?

I was leaning towards picking the 49ers in this contest, but after thinking about it and doing more research I don't really see anyway a sane person could bet against the Seahawks. And the fact that Sean is GIVING 9.5 points to Beckerman is just crazy town. 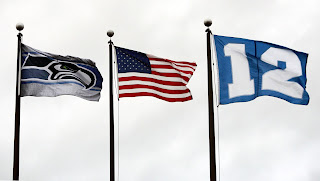 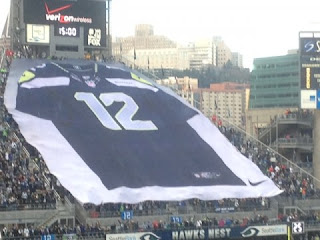 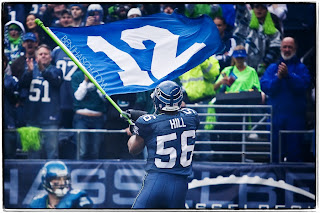