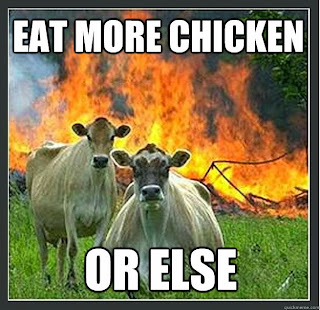 Pending any late stat corrections, Jenna squeaked by last week with a 1 point victory over Adam. Tony Romo and Matt Forte saved the day with 20 point performances, but everyone else on the team was just mediocre. Andre Johnson continues to get banged up and Lamar Miller is frustrating. Seattle defense is strong always, and I expect this to be one of the worst weeks of Jenna's season. Depsite her lowest week of the young year, Jenna gets bumped up to the top of my ranks for the first time. 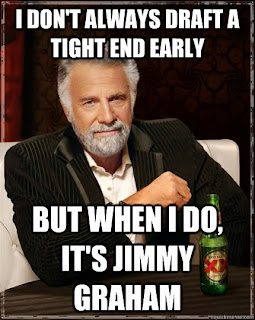 Since my last rankings I traded away Frank Gore, Miles Austin, the Browns Rbs and in return got Brandon Marshall and Brian Hartline. Marshall had a slow week- just 10 points- but Hartline rewarded me with a matchup winning TD late on Sunday. My RB crew is suspicious for sure, but I'm still a believer in CJ Spiller and between my 5 other rbs I should be able to find one with a solid matchup. Brees and Graham are unstoppable... In fact Graham has more points in our league than any other player outside of Peyton Manning. Brees/Marshall/Jordy/Spiller/Graham is an amazing core of players and I expect to stay at the top of the standings and these rankings for the rest of the year. 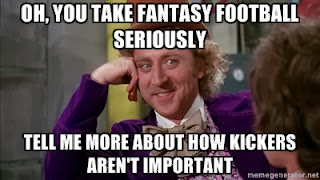 Adam knows how to pick kickers, that's for sure. Prater almost won him the matchup with 17 points but it wasn't enough. When looking into the reason why Adam lost, and scored a season low 113 points, there's no need to go down past the QB slot. Eli Manning had a horrific game that produced 3 fantasy points. Charles was the only player would had a really nice game for Adam, everyone else was pedestrian. The black unicorn was held to just 3 points, but like any other low end TE1, Bennett will disappear from time to time. I expect a trade coming soon to improve this roster... QB has got to be the biggest need to fill right now. 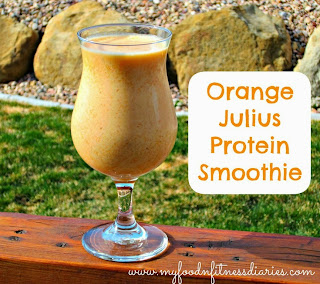 These Patriots led the league in points this week, thanks to MONSTER performances from Antonio Brown (46 points) and Lesean Mccoy. Shady had another 27 points and is the best RB in our league this year by 10 points. (Charles is 2nd.) He's for real, and until he gets injured he's going to be a weekly threat for top fantasy RB. Matt Stafford continues to put up the yardage and stats that make him a great fantasy QB, and Orange Julius Thomas found the end zone AGAIN in week 3. That was a great pick up my Mr. B after the first game. 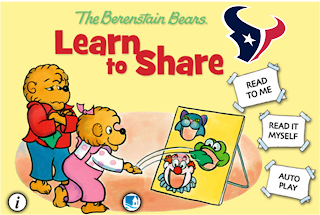 Slow week for Sean results in another loss and surprising 1-2 record. Luckily for him, Comeback Story is on the schedule this week, which is important because Aaron Rodgers and Jermicahel Finley are on bye. Actually Finley was concussed in week 3 and left the game so who knows what his status is. DeMarco Murray had a game this week... his 34 points vaulted him to the 3rd spot amongst RBs thus far. I'm starting to get concerned if I'm a Foster owner about a possible 60/40 RBBC split all season. Ben Tate isn't going anywhere, and while Foster is still out-touching Tate, these guys are destroying each others value. Gary Kubiak hates fantasy football and loves both his backs so if they stay healthy, you're going to get more single digit fantasy performances from Foster. Roddy White is probably not playable until at least Week 7 after the Falcons bye, and while both Fred Jackson and Knowshon Moreno have looked good thus far, the reality is they are both in timeshares with limited upside. Without Pryor, McFadden is likely to see some regression as well. Warning flags everywhere. 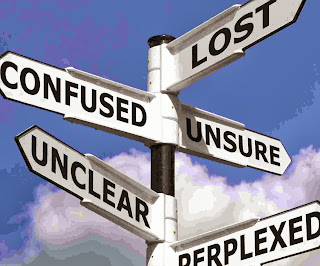 I ned to be on record for saying I HATE that Dan traded away MJD for Deangelo Williams straight up. Makes no sense to me. MJD has had a slow start, the Jags sucks, but cmon. Talk about selling low. DeAngelo Williams is an incredibly unexciting fantasy RB. He doesn't get goal line touches. He's not particularly good at catching the ball out of the backfield. J Stew is expected back in a few weeks. Of course, for this past week, the trade actually DID workout for Dan. D Willy took advantage of a game in which the Giants defense gave up and he produced a whopping 15 fantasy points. I'll be surprised if D Willy averages more than 10 per game from here on out and certainly shocked if he outscores MJD.
Anyway, Dan lost this week to yours truly and the main reason was Colin Kaepernick's disgusting 4 point game. Jordan Cameron did his best Jimmy Graham impression but it wasn't enough. Another surprising 1-2 team, Dan needs to put together a nice week if he wants to beat Kait, Peyton & co. 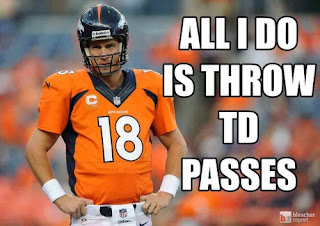 Kait was the beneficiary of having Comeback Story on the schedule in week 3. Despite a subpar effort, Kait still managed to destroy her bro. I'm convinced Peyton Manning is going to break the TD mark Brady set in 2007, and he is already the highest scoring player in our league. As long as Manning/Welker are playing, Kait's team is going to be solid. Week 9 is their bye and that's the week Kait plays against Jenna, so, congrats Jenna. Trent Richardson socred a TD for his new team but is going to split time for another week or 2 with Bradshaw until he has everything down. Hakeem Nicks curiously had a goose egg in this game, Kait's lucky it didn't cost her and he complained about it after the game so maybe next week he'll get more targets. 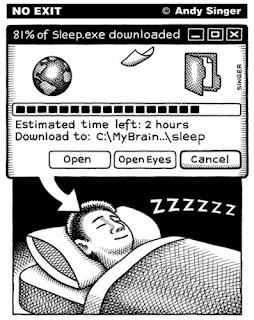 AutoBill got his ass handed to him this past week and lost by 50. It was a weird week- Marshawn Lynch only had 6 points, V Jax got hurt, Vernon Davis dint play, and the Kicker/DST combined for 4 total points. AutoBill left a ton of points on his bench by playing Vick over Newton, but that barely mattered. I'll be shocked if by this time next week this roster remains unchanged... Powell has been a nice/necessary surprise for this team but Ingram was cut due to lack of production. The best thing this team did all week was add Ryan Broyles and Brandon Bolden from the waiver wire. Serious question though... How the F did this happen? I know I had a waiver claim in on both players. Bill is below me in the standings (duh) so I get that he gets first waiver priority, but how the hell did he get both Bolden AND Broyles? Something seems wrong here. Either way, they were good and much needed pick ups. Bolden might be a nice flex play until Vereen comes back. 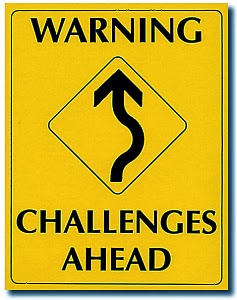 A really nice week for Abe lifts him up a spot. It was a huge boost that for at least 1 week, Joique Bell acted like the RB1 Abe should have. We kind of got a glimpse of what Abe's team could possibly be if Lacy and Bernard turn out to live up to the spots where he drafted them. There are some minor bye week issues to deal with this week, and its going to be really tough for Abe to pull out a victory vs the #1 team in these rankings. I know Abe is working the trade phones pretty hard, so we'll see if he can come up with something that forces me to move him up in the ranks next week. 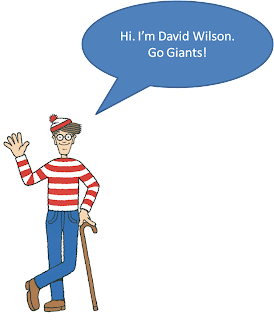 Campbell's team got a nice upgrade this week with the huge performance from Josh Gordon and the acquisition of MJD. I'm a big believer in Gordon... I think at worst he produces top 25 WR numbers the rest of the way out. At best I can see him finishing top 10. David Wilson is still fighting to make his mark this season.. he currently has 1 single fantasy point through 3 games. That's crazy town, and if Campbell can be patient with him, it may pay off down the road. Bowe is very concerning, clearly Alex Smith cant get him the ball down-field enough for him to be a major player. If only Russell Wilson was a  better fantasy QB I would really like this team. 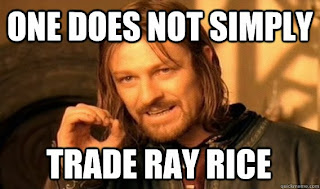 Trades away Brandon Marshall and Brian Hartline and return gets Gore, Austin, and the CLE Rbs. A nice move by Paul, but not so great this week. Miles Austin had a hamstring issue flare up in his game, which is of course very concerning for him. I'm sure Paul doesn't make that trade again this week if he had the chance.  Hopefully for Paul one of these CLE RBs emerge as a use-able guy- my guess is McGahee- and hopefully Gore gets the rock more. He was looking EXCELLENT on the 49ers first drive of the game but somehow ended up not really getting the ball much after that and only put up 12 points. Ray Rice is maybe coming back this week, Paul needs him to get back to elite RB1 levels to help keep the team afloat. Paul doesn't have great matchups this week and he's playing against my team so things are trending down here. 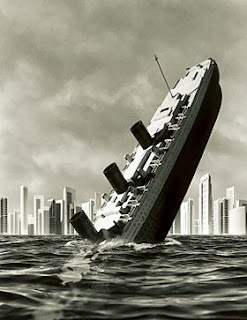 48 points this past week actually set the record for lowest week ever in our Leagues history. This is pretty remarkable if you take into account how much higher scoring the league is now than in 2009 AND the fact that their were no bye weeks to interfere with. How did this happen? Lets break this record breaking performance down by player:

Brady- 15 points, the teams leading scorer had a mediocre game
Morris- 13 points, solid effort but nothing special
T Gonz- 6 points, Whats wrong with T Gonz this year? Has age caught up? He should be getting a lot of looks with Roddy hobbling
Royal- 5 points, TD pace/streak obv unsustainable, picked the wrong week to play him
Kicker- 4 points, hate kickers
TY Hilton- 3 points, Don sits him in week 2 when he scores 20, but plays him in week 3 when he scores 3. Ouch.
Andre Roberts- 1 point,  time to give up on this guy or at least keep him benched
St Louis Def/ST- 1 point, this was a stupid play and not a surprise
D Richardson- 1 point, aggravated injury on first play of the game

S Jax- Benched with a soft tissue injury that will keep him out a few more weeks
Amendola- Injured. Shocker.

I'm not sure what Donny's plan is, but this is one of the worst rosters Ive seen in our league. There a chance Donny goes on a "2012 Angry Pirates-like" streak here. For at least the next 2 weeks Donny will be a heavy underdog.