Tier 1
In this tier, find the best teams. All of which are sure to make the playoffs and it's likely 2 of these teams will grab the bye's: 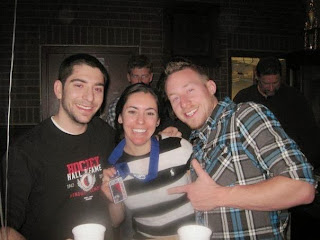 1. Team Ice Cream
Another crappy QB performance but this time it didn't matter. Justin Blackmon is here to stay and just when you thought Adam's team couldn't get stronger... he goes out and adds Calvin Johnson. My opinion on this team hasn't changed- very high ceiling and millions of assets but the starting lineup can still be improved with 2 for 1's.

2. Tahiti Loungers
Wow, my team is consistent. I haven't had the blow up weeks that other teams have experienced so far this year, but you wont see me complaining too much. 140 points this past week with an egg from Jimmy. I know this team has a 200 point effort in it eventually... one of these weeks it will all come together. Week 7, though, isn't going to be that week. My Saints are on a bye so if I win this week (I'm actually the underdog), it's gravy.

3. Eat More Chicken (Last Week: 1st)
Jenna's team- like Adam's- has a high ceiling but its weeks like this past one that would scare me as an owner. 104 was Jenna's lowest output of the season- but for now it looks like a 1 point win. The cowboys didn't have a great game so it was a "meh" week for Jenna. Whats shocking is that she had to start Mike Tolbert, and it actually worked out. Tolbert was started in only 1% of leagues and he ended up doubling his point total for the season, with  18 points (led her team.) Just straight luck right there for Jenna. Another incredibly lucky move- Jenna started Mason Crosby- the week's highest scoring kicker- over Blair Walsh. Walsh is the consensus #1 ranked fantasy kicker so I have no idea what Jenna was thinking but, surprise,surprise, it worked out for her.

Tier 2
In this tier find "Unlucky but Good" teams. Both of these teams have the rosters it takes to make it to the playoffs, but bad luck and/or bad timing have side-railed these teams so far. 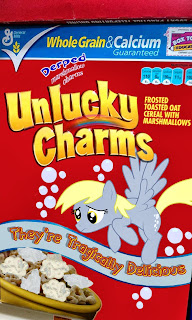 4. The Crossing Guards
Whoa. #RevengeOfTheNerds. Bill dropped a franchise record 187 bomb on Campbell's face this past week. Those who exploded for Bill: Vernon Davis (44) V Jax (34) Cam (30) Lynch (30) and AJ Green (24).  This huge week vaulted Bill into a familiar spot- 7th place. 2-4 record with the 4th most points for and most points against.... needless to say this is a bad week for me to run into Bill. This week isn't a must win for Bill, but he cant afford too many more losses. Easy schedule down the stretch will be nice, but obviously any win Bill can get before the 3 bunnys in weeks 10-11-12 (Donny, Dan Paul) would be a nice bonus.

5. Boston Patriots
Worst. Luck. Ever. Listen, does Mr. B deserve to win with just 104 points? No. But when you look at how the week played out... Mr. B got screwed again- this time suffering a 1 point loss on MNF to Jenna. On top of that, Randall Cobb is basically dead for fantasy purposes in 2013 so things aren't looking up here. It makes no sense that Mr. B is carrying an extra TE and QB when he needs help at other positions. I'm hoping to see some movement here. The "easy" part of the schedule is coming up for this team... at 2-4 Mr B needs to put together a few wins if he wants to have a shot at the playoffs.


Tier 3
In this tier we have a few teams that have a decent amount of potential, but for some reason or the other just cant seem to put it all together...yet. 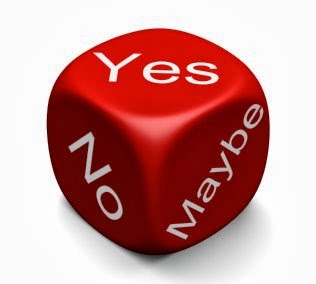 6. A Pinch Better
Luckily for Sean his opponent was weak this week... 111 points usually means a loss. DeSean Jackson and Arian Foster are studs... both are near the top in their positional ranks and both are matchup-proof starters. Finley is probably going to benefit from the Cobb injury so that's a positive sign...What really hurt this team was that Demarco Murray (Surprise!) got injured. He's not expected to miss major time but this is a guy who has a long history of not staying healthy. I'm not comfortable w/ him if I own him. On top of that Roddy White looks like he may not play this upcoming week (after their bye) so that sucks. I'm starting to think Roddy just isn't the same Roddy this year. Luckily for Sean, Amendola got ROCKED and will miss more time, which means Edelman will continue to be a viable PPR option.

7. Victorious Secret
The RB drama continued this week for Kait. The good news is it looks like Stevan Ridley may be back...He was a BEAST this past week on Kait's bench. The bad news is is that T Rich had another slow game and I'm starting to lose faith in him as a starter. It's CRAZY that a talented starting RB for a run-heavy team cant produce fantasy numbers. CJ Spiller was on a limited snap count but still produced 8 fantasy points... If only these 3 guys were themselves Kait's team would be stacked. Her 4-2 record afford her a little time to right the ship. Another major disappointment is one Robert Gronkowski. He is officially screwing over Kait. Not that is cost her a loss this week, but she needs her stud TE to get back ASAP. Peyton Manning has kept Kait afloat thus far... its not a coincidence that he had a slow week and so did Kait. Percy Harvin is simmering nicely on this bench.

8.  Angry Pirates
Ick. Gross effort from this team. I'm giving C-ball one more week to justify this rank. Dwayne Bowe absolutely sucks... I'm betting C Bell is kinda pissed he "threw in" Justin Blackmon in that trade with Adam a couple weeks ago. Angry Pirates in 2013 are likely to be a team that misses the playoffs, but breaks hearts down the stretch. With AP, Decker, Sproles, and Gordon this team can make some noise. Russell Wilson may be poised for a big 2nd half...if that's the case maybe, MAYBE this team can squeak into the playoffs.

Tier 4
This is the "My team sucks but I still think they are good and still foolishly think I have a chance to make the playoffs" tier. 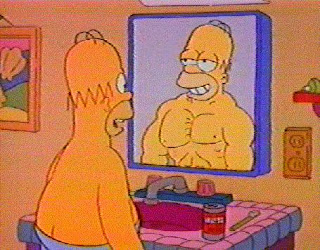 9. A1 Providers
Gross week for Paul. Not even really much to say here. Matt Ryan is just a guy now. Ray Rice is somehow a shitty RB all of the sudden.... I dont know WTF is up with him. This past week Paul got a combined 27 points from Rice, Gore, and Cruz. He is going to need these 3 studs to put up closer to 20 each per week to even have a chance to compete. These next 2 weeks are critical for Paul... With Donny and Dan on the schedule Paul needs to win both to stay competitive.

10. the rental guys
Injury city. After losing Julio for the season, Both James Jones AND Cecil Shorts left their games early with ailments. Both players seem to have avoided long term injury, but their low totals were a big reason why Dan scored just 80 points. Those 80 points were somehow good enough to win this week... actually it'as the 3rd lowest winning score all time in our league. I don't see this team making the playoffs.. with Adam, Bill, Jenna, and Mr. B on the remaining schedule, Dan is going to need more luck like this past week to eek out wins. 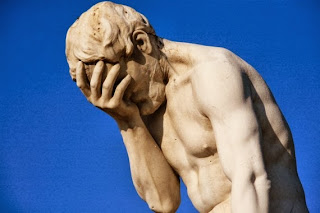 11. The Godfather
Abe actually scored the 4th most points in the league this past week... but you simply cant expect to win with just 120 points. Megatron had a very weak game... he wasnt used sparingly. It would have been much better for Abe had Megatron been ruled out and didnt play, of course when someone like Mega is active its nearly impossible to sit him even if you think he will be limited. Colston put up another dud and with that, Abe traded these 2 WR studs away. In return comes Demaryius Thomas and Keenen Allen...2 guys I love. They should give Abe a better chance of winning in the short term, so I like the move. RG3 is close to coming around I think, and I also like the direction that Gio is headed. This team shouldn't be 1-5, but it is what it is. I expect Abe to crush dreams down the stretch, starting this week with Kait.

12. Comeback Story
Well, the 2 week outburst was certainly short lived. After averaging 140 points in weeks 5 and 6, Donny dropped way down back to his normal, abysmal point total numbers. Danny Amendola is now concussed and out... pretty much turned out to be a complete waste of a draft pick. There's no doubt that Donn'ys team will get a boost when T Gonz is back this week from his bye, but still, this team lacks playmakers. Donny is basically relying each week on a monster individual performances from inconsistent guys with high ceilings. That's not a winning strategy. Over the next 7 weeks Donny has to play against Adam, Me, Jenna, Mr B and Bill. There's basically a 0% chance this team makes the playoffs.