So far I have predicted the QB and RB match-ups of my championship match with Sean Cosgrove. Below is the rest of the lineups. I'm running out of time to write all this stuff up so I had to condense the rest into this one post. Too bad I don't get paid for his stuff. 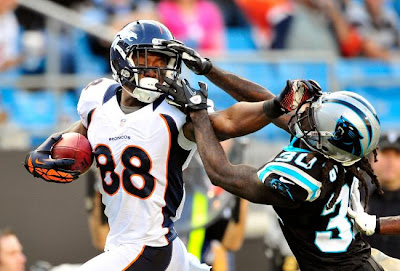 Thomas and the Broncos are playing the Browns which means Joe Haden may be a factor in this matchup. I read somewhere that this year Haden has stayed anchored on one side of the lineup and it is most likely going to be on Decker, actually, instead of Thomas. Manning and Thomas should be connecting a bunch this week, and even if Haden ends up staying on Thomas, I like Thomas to show up big this weekend. He was so close to a monster game last week but ended up with only 5 fantasy points.

Roddy also scored in the single digits last week, he was banged up with a knee issue but still played like 80% of the snaps. His team went up huge early and he wasn't needed so he was very quiet. Roddy has had two other single digit fantasy games but he responded well both times, with a 20 & 28 point efforts the nest week. The Lions and Falcons play tonight in what is likely to be a shootout, so Roddy is  going to get looks. Julio Jones is probably the better Falcon WR play this week because he is healthier and he explodes in road games. Hopefully this is one of those games where Roddy and him BOTH go off. White only has 1 TD since week 6, so it's tough to predict a score, but hopefully that just means he's due! 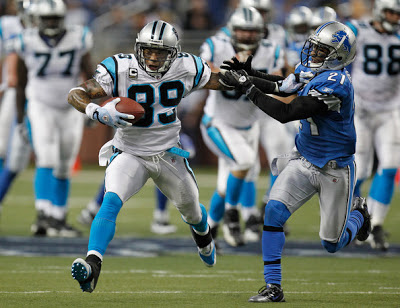 Steve Smith has been on fire recently, with 18, 19, and 25 fantasy point in the past 3 weeks. Cam the man has really brought the vet back into the fantasy WR1 radar, especially with a plus matchup this week vs the Raiders. The raiders give up a ton in the air and I expect a score from Smith this week, 'm just hoping it's more like a 15 yarder than a 80 yarder. I'm really hoping the Panthers pull way away and just run the ball but I have a bad feeling Smith is going to burn me this weekend cuz I've talk a ton of shit about him in the past. Sigh.

Hakeem Nicks' 7 points from last week can be thrown out because the Giants just didn't come to play. The important thing here is Nicks is healthy, and when he's healthy, he's dangerous. Baltimore got destroyed by Peyton manning last week and theres a solid chance his little bro Eli does it to them again this week. Nicks and Cruz are a dangerous duo, impossible to stop both. Cruz' production has taken a major hit since Nicks cam back from his injury, it's anyone's guess as to who's night it will be. 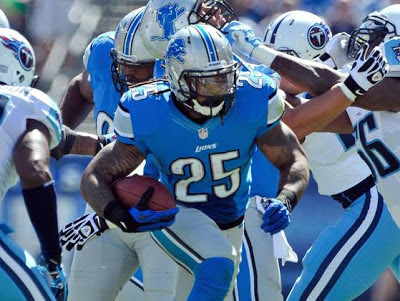 Leshoure- I really wanted to avoid playing Leshoure, but I am forced to because David Wilson cannot be trusted with Bradshaw back and Josh Gordon is probably going to have Champ Bailey all over him. The Flacons HAVE been fairly generous on the ground this season, and Leshoure is no doubt the goal line back in pretty high scoring offense, so he is not a horrible play. Leshoure comes out on 3rd downs for Bell, and if the Lions fall behind early and big, Leshoure could be on the sideline all night. This would be my nightmare, but I think I have to roll w/ Leshoure. He is a TD machine so I'm banking on 1 tonight, dreaming on 2, and any yards on top of that would just be gravy.

Hernandez- I drafted Hernandez with the last pick in the 4th round and could not be happier with him right now. It sucked having him hurt for most of the season but my eyes were always on the Week 16 prize and I knew if he could get healthy by the fantasy playoffs he could dominate. Now, with Gronk out, Hernandez has become the focal point of the Pat's offense. The past 3 weeks he has been unbelievable, averaging over 20 points per game. He has scored in 3 straight and has been a matchup nightmare for teams, even in the red zone. I'm leaning on A Hern to beast mode this weekend vs the Jags.

GB Defense-They have been playing well recently and facing Jake Locker and a Titans team that's prone to turn the ball over. If they can prevent a long run from CJ?K they should be able to hold the Titans to very few points.

Kicker- Suisham  has been solid all year w/ Big Ben, and I am just hoping this division game vs the Bengals is one of those FG back and forth games. 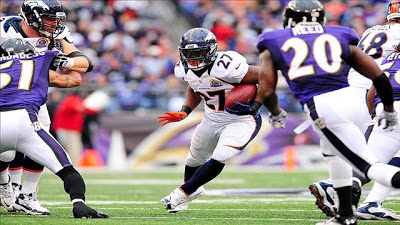 Moreno- Man, this was a great pick up by Sean a few weeks ago. Since Moreno has taken over the duties in the Broncos backfield, he has made owners very happy, especially the past couple with weeks with two 20 point performances. This week the Broncos figure to roll against the Browns so not only is their an excellent chance Moreno scores a TD, but he will probably get a bunch of clock killing carries in the 2nd half as well.

Greshem- Greshem started this season slow but has been a lot better in the 2nd half. He doesn't have huge potential and is pretty reliant on a TD to make for a good play. He struggled vs Pit in Week 7, but I highly doubt he only puts up 4 points again. This is probably Sean's weakest player this week and if he somehow blows up I am in major trouble.

CHI Defense- The best D all season has a great matchup this week, vs the lowly AZ cardinals. I started the DET defense vs the Cards last week and they disappointed, but I do not think the Bears will have any trouble shutting down Lindley. I hope they don't have multiple scores.

Kicker- Prater  is a solid option, good leg on a good offense in a game where he should get a bunch of chances