So this weekend I got into a debate with a friend (over Xbox, during a few games of Call of Duty) who is a diehard Jets fan. We naturally started talking about how awful the Jets are, which was great, but what was troubling was that he still thinks Mark Sanchez may be the answer at QB for the Jets. This floored me. Do Jets fans really still think Mark Sanchez can lead them to a Super Bowl? I think it’s crazy talk but apparently some delusional Jets fans don’t.

If you read my recent post on why I agree with the 49ers decision to start Colin Kaepernick over Alex Smith, you probably already know I am not a believer in ANY “game-managing” quarterbacks. The fact of the matter is if you want to win the Super Bowl you need an elite QB. That’s the harsh reality of today’s NFL. It’s a passing game. This isn’t 2002, it’s 2012 and I’m sorry but defenses don’t win championships anymore, elite QBs do.  Let’s take a look at the Last 10 Super Bowl winning & losing QBs: 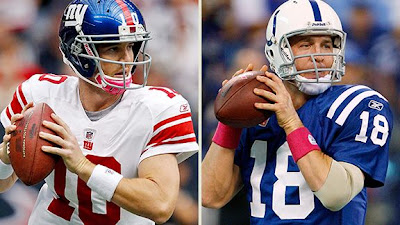 If that list isn’t telling, I don’t know what is. Clearly, you need an elite QB to win the Super Bowl. In fact, look at the names for the Super Bowl losers over the past 5 years… all elite. If your goal is to go to Conference Championship games, you can get by with guys like Alex Smith and Mark Sanchez, but neither of those guys have the ability to put a team on their back, and takeover a playoff game.  The Jets have no chance to win a Super Bowl with Mark Sanchez and the sooner they realize that the better.  I don’t care how “good” Alex Smith or Mark Sanchez has played in past playoff games. …They don’t/can’t win those playoff games themselves, and that’s what it takes to win playoff games- an Elite QB who can carry the team. 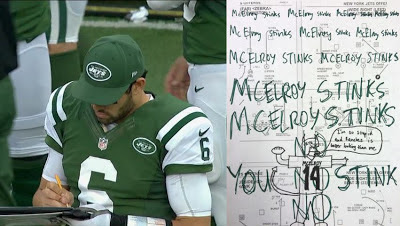