The Rental Guys vs. Victorious Secret

Dan (the rental guys) and Kait (Victorious Secret) are the #6 and #3 seeds, respectfully. Despite being in the bottom half of the league in scoring this year, Dan finds himself in the playoffs for the 4th straight year and keeps his playoff streak alive. Kait finished the season strong and again looks like a serious threat to win the title. Both of these owners have won playoff games before so they both know what they are doing . Below I break down their week 14 playoff matchup. 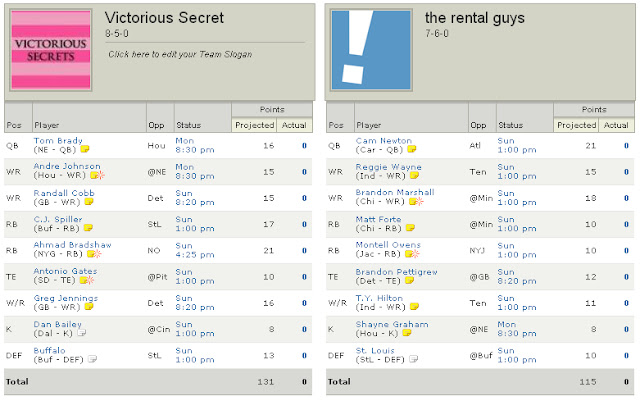 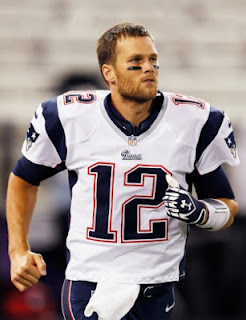 These 2 guys should be some of the highest scorers in the entire league this week. Part of the reason why Dan made the playoffs is because Cam Newton picked up his game and has played well over the past 3 weeks. He put up 30 points vs ATL at the beginning of the season and I don't see anyway he get's shut down by them this time. Tom Brady, meanwhile, should also have a huge game. Houston's pass defense has been exposed twice this season (By the Packers and the... Jags? huh?) and I think Brady is going to have a huge game Monday night. This battle is too close to call. Personally, if I had to have one for MY team, I'd take Brady. He is more reliable and you KNOW he is going to be a stud. Cam probably will be, but he still has those games where inexplicably is shut down. 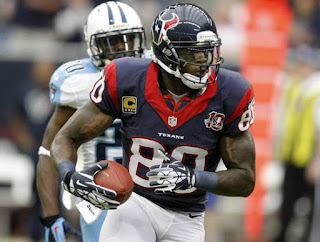 Reggie Wayne has been nearly impossible to stop all season, mostly because Luck feeds him the ball like crazy. A few weeks ago when these teams (Indy vs Tennessee) faced off the game was a lot closer than people thought and Wayne actually had only 16 points. (And the Titans actually held Andre Johnson to just 10 points last week.)  I still think he is a lock for 15 points, at least. On Kait's side is Andre Johnson. This guy has been beast recently, and I don't see that changing on Monday Night. The Pats have been ripped apart through the air all year. Some people will say Aqib Talib has helped the pass D and he has... but they still suck. The 3 teams the Pats played since Talib came back from suspension were against the Colts ,Jets and Dolphins. Only the Colts of those 3 has any real pass attack, and Luck diced up the Pats pretty bad 3 weeks ago. And now I think Matt Schaub/Andre Johnson is going to rip us apart. The Pats are going to do their best to take away the strength of the other team, which is the rushing attack led by my boy Arian Foster. I think Andre is going to have a lot of catches, a lot of yards, and at least 1 TD- especially because the Texans could be playing from behind all night. 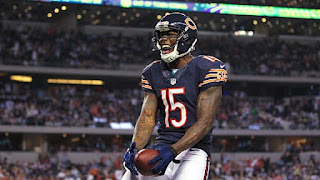 Randall Cobb has been one of the best stories all year. This guy is super talented and is an integral part of the Packers high-octane offense. The Packers force him the ball and he has produced some great numbers. He could blow up in a potential shootout between the Packers and the Lions (Cobb had 23 a few weeks ago in the first meeting.)  Brandon Marshall, however, is rarely outplayed. B Marsh is on the way to a career year, which is saying something because he has multiple 100+ campaigns. He had 21 points in the first meeting vs the Vikings and there's no reason why he can't have a repeat performance. There are very few WR in the league I would take over Marshall in PPR. He's gold and he needs to continue to be gold for Dan to make a serious run. 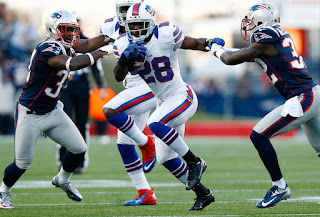 Spiller is in a great spot here. His coach knows he needs to feed this monster the ball, and St Louis' run defense has been very generous as of late. Basically you can't stop this guy you can only hope to contain him He has a RIDICULOUS average carry of 6.6 yards, tops in the league this year. I expect a monster game from one of the most talented players in the league. Matt Forte should have a solid game himself- it looks like Michael Bush won'y play so Forte could sneak in a TD, too. It would be huge for Dan if Forte can outscore Spiller but my $ is on the talented back from Buffalo/Clemson. 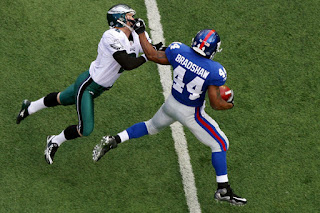 Montell Ownes is not a household name- although you will be surprised to know he's made it to a couple Pro Bowls- as a special teams guy. The de facto starter this week, Owens is actually a full back and was behind MJD, Jennings, and Parmele on the depth chart so you cannot expect too much from this guy. If he plays well and scores high, this has to be one of the best pick and pops in our league history. Bradshaw is a guy who's only knock is he is injury prone and unreliable. Well, he's healthy right now and they love feeding him the ball. He is playing against New Orleans who can;t stop anyone so Bradshaw could have a huge game. 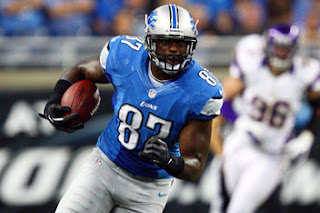 Ugh this is a gross one. Brandon Pettigrew has failed to top 14 points all season but you can count on him catching a couple passes and securing at least 8 fantasy points. I have no idea how or why this guy is still in the starting spot for a playoff team, but he;s here and who knows, maybe he has a career day vs Green Bay. Antonio Gates has been equally disappointing this season and I have very little faith in the Chargers offense right now. His value is in the red zone and the PIT defense does a great job covering Tight Ends so he is a bad play this week. This is pretty much a toss up but I'd take Pettigrew with a gun to my head. Or I would just pull the trigger because I would be choosing between 2 gross options. 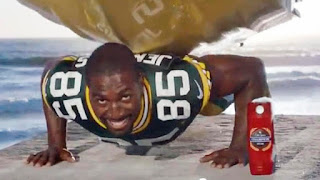 TY Hilton has emerged as a legit flex player over the past few weeks. He is a good play especially this week vs the porous TEN defense, but the thing about that is Luck doesn't seem to have a favorite target outside of Reggie Wayne. Dan is in a interesting spot by playing both INDY wide receivers, and I think I like the play. Greg Jennings returned last week and should be caught up to game speed. With the Jordy nelson injury, it is looking like Jennings will have a large role and this week could be a huge welcome back party for him. I expect a really good game, and multiple TDs are possible here in a track match vs Detroit. 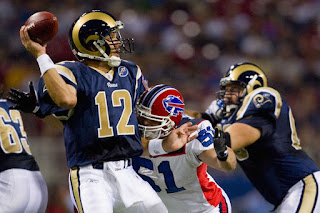 Kicker & Defense- Bailey and Buffalo vs Graham and St. Louis

This is interesting because as of now, the 2 defenses being used (Buffalo and St Louis) are playing against each other. It's always tough to predict defense scoring and I'm not going to pretend to have insight on this game. All I know is the Buffalo defense has a bunch of play makers on their team so they might make some plays, but then again I like the St Louis offense to move the ball pretty well against these guys. Kickers are hard to predict as well, so lets call this whole DEF/K thing a wash for this week.