Well... I've had this blog up and running since 01/05/12 and it is only appropriate to celebrate the 1 year anniversary with a review of all my  top 12 favorite/most influential sports stories from 2012.

Also THANK YOU to all my loyal readers. My goal was to reach 5,000 page views in year 1 and it looks like that is definitely going to happen, once I post this blog. See you in 2013 and I promise to be more active. If there is one thing I request it would be more comments/feedback. I'll write about almost anything so let me know what you want to read about! 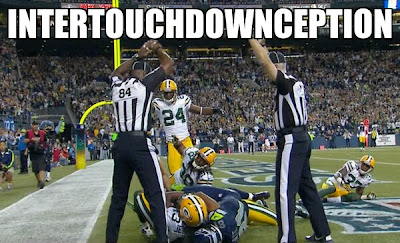 Did this really happen? Yes, yes it did. The NFL actually used replacement referees for the first 3 weeks of the NFL season. There were dozens of blown calls, phantom calls, and more than a few game outcomes were impacted by the replacement refs. The icing on the cake was the "fail-mary" in which the Packers lost to the Seahawks on a last second play on Monday Night Football. Not only was it blatant pass interference on the offensive player, but the 2 refs standing over the ball each signaled differently as to if the play was a TD or a touchback. This was the last call any replacement ref made; a deal was struck shortly after the debacle in prime time. 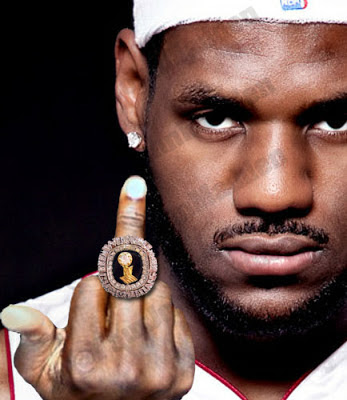 Anyone out there who didn't think this was inevitable is just plain stupid. The NBA is a star driven league. Lebron is the #1 player. He was bound to get a ring eventually  and no one would be surprised if the Heat and LBJ reel off a couple more in the next few years. Anyone who says Lebron only won because he was alongside D Wade is just flat wrong. LBJ carried his team, dominated, and silenced his critics. He completely took over in Game 6 vs Boston in the Garden, I'm talking like one of the better playoff performances of all time. He's still kind of a douche off the court, but on the court this guy is still one of my heroes. Glad to see him win. 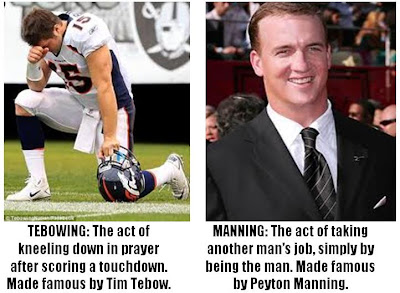 I just felt like I had to touch on the whole situation with these guys in the NFL this year. First, Tebow wins a playoff game for the Broncos in January  Then, he is traded to the Jets because Peyton decided Denver was the place he wanted to play. Since then, Peyton and the Broncos have secured a top seed in the AFC and look to be major players in the playoffs. The Jets failed to use Tebow is every way and not only are they completely embarrassed, but it looks like Tebow's development just got set back 1 full year. I know it looks ugly but how many NFL teams out there have a QB who can their career record is over .500 and have won a playoff game? We'll see if any team is willing to take on Tebow in 2013. 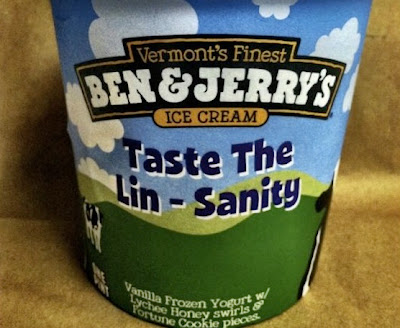 Wow, 2nd basketball story on this list and surely to be the last. I just feel like Jeremy Lin owned February 2012, like, OWNED, and because he is such a non-traditional NBA star I really wanted to mention him. Dude graduated from Harvard, was sleeping on his brother's couch, and dominated the league for a span of a few weeks. Anytime Ben and Jerry's make's an Ice Cream flavor out of your name, you know you hit it big time.

I traditionally turn on the Olympics as soon as they start and try not to miss ANYTHING but this year was different- I barely saw anything live but still followed it via Twitter. It would be irresponsible not to saying something about Michael Phelps, the greatest Olympian of all time. 18 Golds, 2 Silvers, 2 Bronze medals spanning over 3 Olympic Games. Just Crazy. Also, the other star of the Olympics to me was Usain Bolt. He set the 100m Olympic record and earned the gold again, becoming just the 2nd male athlete to repeat as champ in what is widely consider the marquee event of the Summer Olympics 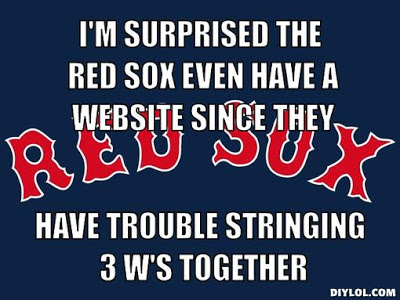 This is such a gross memory I didn't even want to include it. But I had to, because I have a Red Sox tattoo. But I'm not going to waste my time writing about them.

I wanted to make sure I was able to write something about my favorite college football team, Boise State. They won their 3rd consecutive Las Vegas Bowl with a nice win over University of Washington a week ago. Overall it was a good year for Boise State. In what many considered a "bridge" year, the Broncos went 11-2  (both very close loses) and alumni rookie-RB Doug Martin took over the NFL. That dude Jamar Taylor is a player. 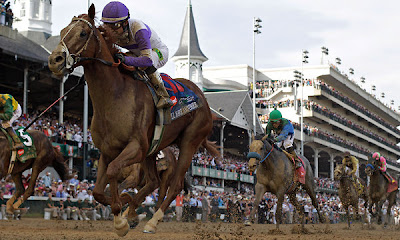 Anyone who really knows me, knows one of my very favorite things in sports is the Triple Crown chase. Specifically when a horse wins the first 2 legs and loses the Triple Crown bid in the Belmont Stakes. Seriously, I love this shit. And it happens often. This year, I'll Have Another turned the trick by winning the first 2 and was actually scratched and didn't even run in the Belmont. The streak lives on (the last horse to win all 3 was Affirmed in....1978!) 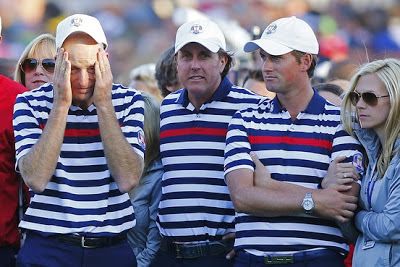 4. US meltdown in the Ryder Cup

This was well-chronicled as I was live-updating my blog while watching this year's Ryder Cup. It sucked that the US lost but this has easily become one of my favorite sporting events. Revenge will be a bitch in 2014 at Gleneagles, Scotland. 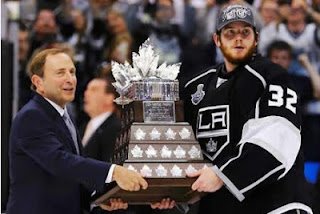 3. Bruins eliminated in 1st round, Kings win the Cup

The Bruins Stanley Cup defense ended in overtime on home ice again this season. We lost to the Capitals in Game 7 of the first round. Overall the 2012 NHL playoffs were great. The Devils surprised everyone and challenged the Kings in the Stanley Cup Final. I actually missed the clinching game while I was on my flight to Japan, but the Kings won and UMass' Jon Quick took home the Conn Smythe trophy. It's safe to say that after the Bruins were eliminated, I was rooting for the Kings. I'm also happy the Bruins Cup in 2011 was sandwiched between 2 Western Conference teams (Blackhawks, Bruins, Kings) 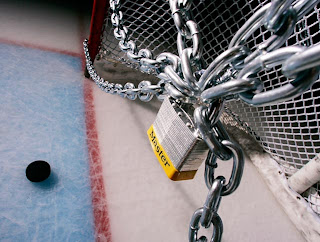 Not much else needs to be written here except we were all robbed of the pleasure of watching the world's elite talent in 2012. We all missed what could have been Tyler Seguin's greatest season. This would be the #1 story but I'm still holding out hope this thing get's figured out and we are back to playing hockey in early 2013. 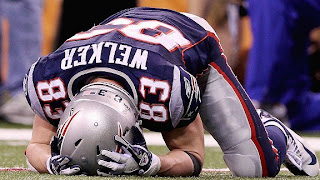 This was rough in so many ways. First, I pretty much guaranteed a Pats victory, assuming the leftover feelings from the 2007 SB would be enough motivation enough to win the game. That wasn't true. To this day I truly believe a healthy Rob Gronkowski would have made the difference, but oh well. Eli had ANOTHER SB winning 2 min drive. there was ANOTHER amazing catch on that drive (Manningham.) And I don't care what anyone says, Welker should have made that catch and sealed the victory. At least in the loss, as a Umass fan, it was nice to see Victor Cruz score a TD in the big game. Also I think I may have been in the worst possible viewing situation for this game- I learned my lesson that you cannot watch games with people like my best friend Paul who cannot pay attention for the full duration of the game. Also there was a super annoying Giants fan in the room who clearly hadn't seen 1 game all year but was acting like the biggest fan in the world. Terrible. Let's hope the Pats make it back to the dance and this year I will be sure to avoid all SB "parties" so I can actually pay attention to he game instead of the youtube video fest going on in the background. Worst Super Bowl ever.
Posted by JB at 3:28 PM