In honor of the date, 12/12/12, I decided to post the picture you see above. It got me thinking about Brady, Rodgers, and Luck and the comparison between the 3 of them.

Obviously, as a Pats fan, my allegiance lies with Tom Brady. The guys a stud. He’s been single handedly winning us games for 10 years now. You know with Brady at the helm, no matter who is injured, the Pats are going to be favored to win the game. I think Pats fans are spoiled and most don’t truly understand what we have in Tom Brady… the day when he retires and we miss the playoffs is the day more people will realize that we are all witnessing something truly special.

Now, that being said, Tom Brady in my opinion has 2-3 “great” seasons left in his arm. He’s 35 right now and this is the age where QBs typically start to fade, but obviously Brady is still tossing the rock around as well as anyone in the league and he seems completely healthy right now.  If the Patriots ever had the chance to trade Brady for either of the other 2 guys in the picture, I would 100% ship him out.
Aaron Rodgers is a supremely talented QB, a very smart decision maker, a student of the game, and a proven winner (Super Bowl MVP). There’s no doubt in my mind if Rodgers was in New England, the team wouldn’t skip a beat. To me, Rodgers is just a younger version of Brady. I wouldn’t anticipate ANY drop off in the offensive production. Rodgers can make the long passes downfield, he is much more mobile than Brady, and he would still easily be able to hit Welker on those short, quick throws that Brady-Welker have perfected.

Andrew Luck is, amazingly, still a rookie. This guy was the best NFL prospect to come out of college since Peyton Manning, and the Colts have to feel like the luckiest team in the league for acquiring him. This year I’ve seen him play a few times and the guy looks like he’s been in the league for 10 years. RIGHT NOW if I needed 1 QB to win 1 game, I think Luck would make the top 10. That’s how good he is. He has the chance to be even better than both Brady and Rodgers, and it looks like he has a very, very good chance to fill his astronomically high potential.  I know Scott Zolak, former Pats QB and current play by play analyst, said the other day he most definitely would NOT trade Brady for Luck straight up but I think that is one of the dumbest and most short-sighted things I have heard from a professional sports talk person in a long time. Sure, if you want to win the Super Bowl this year you might need Brady instead of Luck, HOWEVER, to dismiss the idea of Luck being the Pats QB at the expense of Brady for the next dozen years is crazy.

To be clear, these are just hypothetical questions. In fact, this whole Brady/Luck argument is actually what spurned the new segment on 98.5 called “Hypothetical Tuesdays” where the hosts discuss hypothetical sports situations like “Would you trade Brady for Luck.” 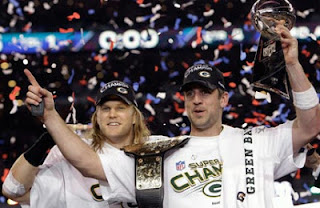 Anyway I love all 3 of these guys. All gamers, all studs, and as soon as Luck wins a Super Bowl (it will likely happen in less than 5 years) they will all be proven winners too.  Enjoy 12/12/12 everyone.
Posted by JB at 11:55 AM