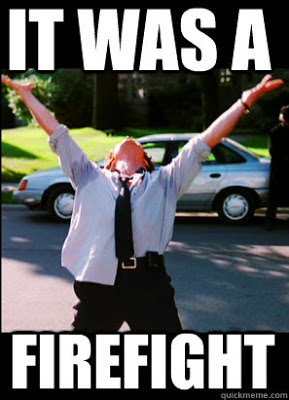 My previous few posts have detailed write ups of each player in the Dirty D Championship matchup.

I've carefully made each prediction for each player and when added up, I predict the final score to be:


Hmm, well maybe my predictions were too generous, for both teams, but it wouldn't shock me if our matchup was this high (Even though these would be season high totals for both teams haha). I think it will be a close game, and what's going to be really weird is my players are almost completely done after the 1pm games, while Sean's team has nearly everyone going at 4pm or later.

Win or lose, I cannot be disappointed with my season. I've assembled one of the best rosters I've ever seen in a 12 team league and that's all I can do. Sean can establish himself as one of the greatest owners in league history with a win, and I'm sure he is hoping to avoid another championship loss like in the inaugural 2009 season!

May the best team win